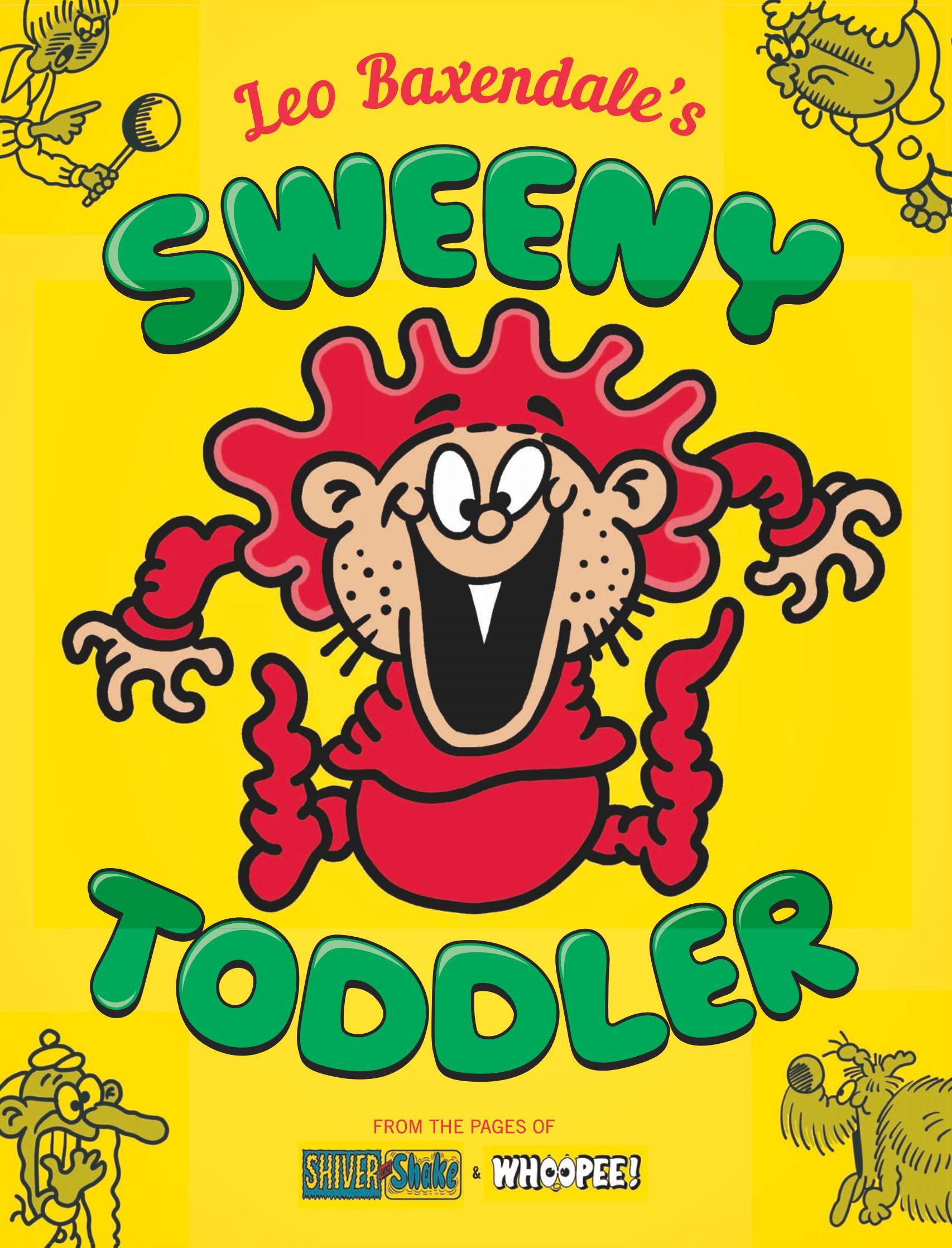 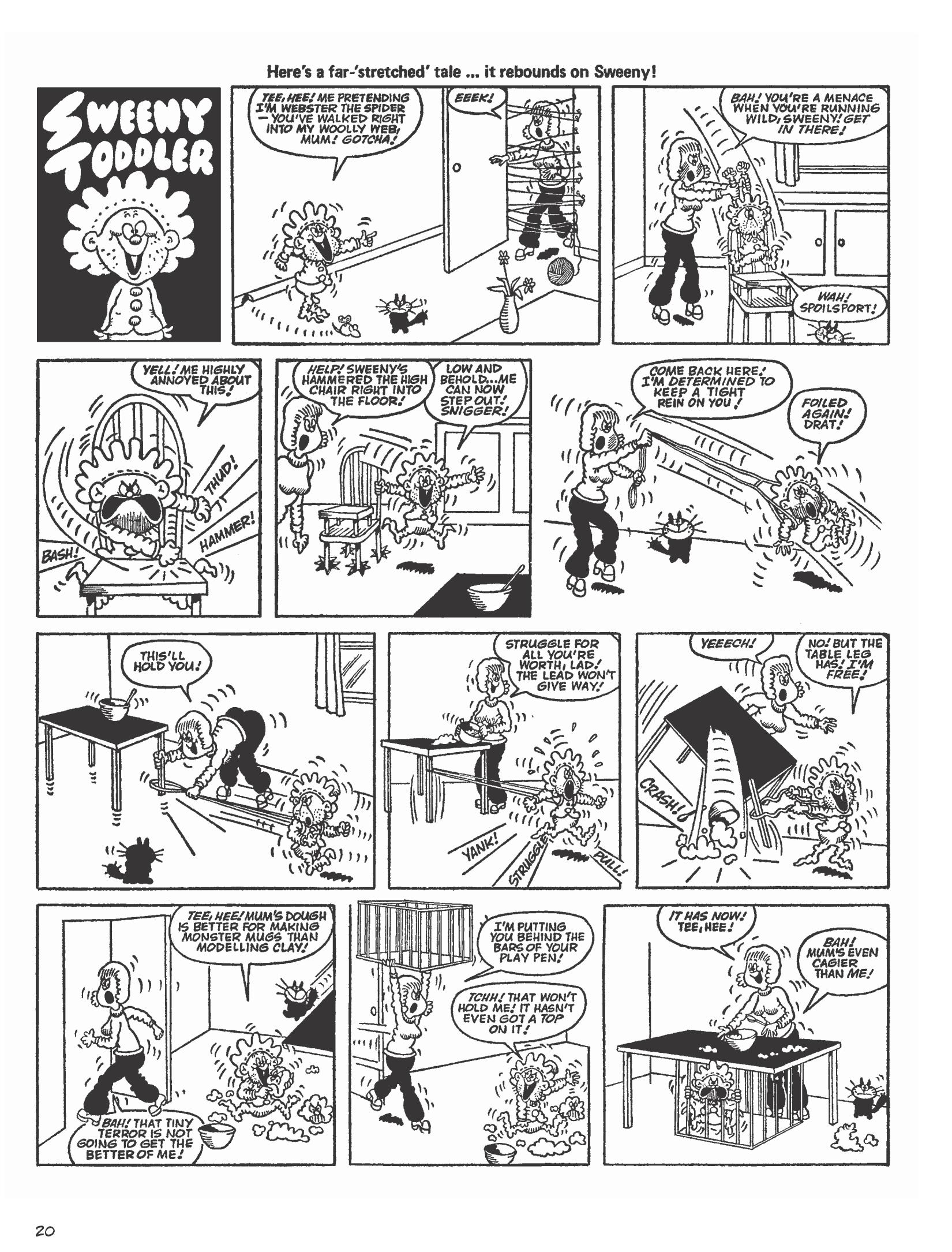 Leo Baxendale is a British legend, the star turn among the cartoonists who revolutionised children’s comics in the 1950s, his place in history certain just as creator of the Bash Street Kids, never mind what followed. Yet what followed is also littered with milestones, one of which is Sweeny Toddler, conceived by Baxendale in 1973, and continued by other hands well into the 21st century. It’s a joyful strip, as seen by the malevolent amoebic blob on the cover, Sweeny about to pounce, and let us all beware.

A Victorian murderer lent his name to Baxendale’s misbehaving infant, capable of a one child crime wave motivated by the pure selfish desire exhibited by all youngsters. Rarely requiring more than fourteen panels, Baxendale provided a weekly page of slapstick beginning as Sweeny wants something and working its way to a conclusion in which he either pays for the trouble he’s caused, or is somehow trapped. Numerous creative variations on jail spun from Baxendale’s mind. In that he wasn’t too far removed from the antics of many other children’s strips Baxendale’s fervent imagination had either created or inspired others to imitate. What was far more difficult to imitate, though, was Baxendale’s sheer technical virtuosity. Page after page is filled with Sweeny pulled into impossible squiggly shapes, the expressions sublimely… well, expressive, and the situations immaculately composed to ensure maximum laughs. The exuberant joy wrung from the simple household props of the sample page is both wonderful and typical.

That said, Baxendale certainly never intended the strips to be read one after the other. They were designed to slot between other work, and be read on a weekly basis, and the sheer manic energy is overwhelming unless the strips are rationed. Just under two years worth are presented, and what’s noticeable is how almost everything works right from the start. There is no settling in period as is the case with most British comedy strips, which hit a plateau after they’ve run for a while. By the end, when the strip transferred to Whoopee!, Baxendale is even including mini strips and jokes in the guttering between the panels. It’s endearing.