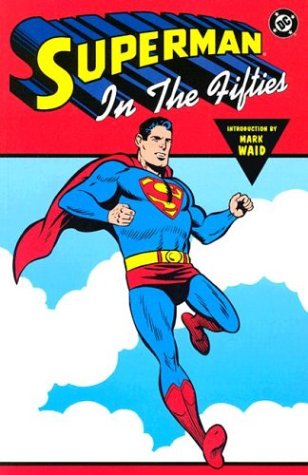 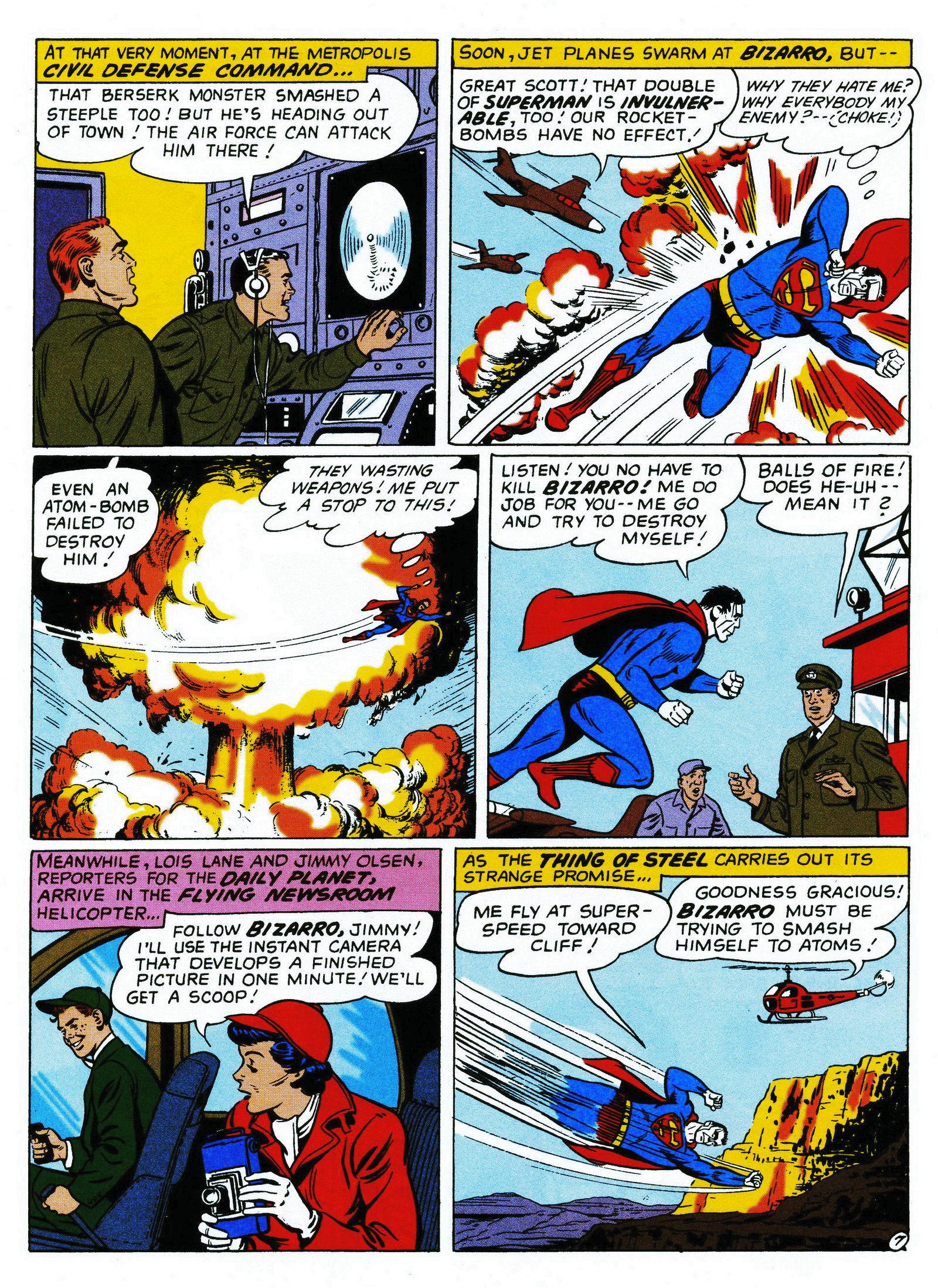 Mort Weisinger spent most of the 1950s as Whitney Ellsworth’s assistant editor, but in practice he was the de facto editor long before being appointed so in 1957. On officially inheriting the Superman line of titles he set about transforming them to his aesthetic of what the character should be and how he should relate to the world. It was resoundingly successful, and the reason well over half this collection’s content originated between 1957 and 1959.

For all the later revelations of tyranny and unpleasantness, and the imposition of plots on his writing staff, Weisinger was visionary. He aimed his comics squarely at young boys. Mark Waid notes in his introduction that in the 1950s calling someone a boy scout was a compliment, and Weisinger ensured his Superman was friendly, cheerful, virtuous beyond reproach, and prioritised wonder. Under his watch fragments of Krytpon fell to Earth with the frequency of rain, each shade having a different effect on Superman’s nature and capabilities, and gimmicks abounded.

Today, viewed through adult eyes as bereft as possible from the rosy glow of nostalgia, these stories are not only from another era, some could be from another planet such is the tortured logic and behaviour defying any sense of realism. On other occasions there’s a clever twist such as Superman experiencing amnesia, discovering his Clark Kent civvies and concluding he attended a fancy dress party as the disappeared Superman, then rediscovering his powers. They’re almost all tremendous fun except the contrivances are so twisted the endings are frequently feeble, disappointing or all too convenient. Superman’s memory is restored just as he’s about to reveal his secret to Perry White at the Daily Planet, and alien visitors turn out to be from planets almost like Krypton, bestowing powers on Earth not quite matching those of Superman.

Some alien visitors were destined for a more permanent role in Superman’s continuity, and we’re presented with the first appearances of Supergirl and Superman’s dog Krypto, along with Lana Lang and Titano the super ape.

It was Wayne Boring who established Superman’s artistic style in the 1950s, drawing the character for over twenty years before being unceremoniously sacked by Weisinger in 1966, by which time Curt Swan had refined that clear style. It’s Al Plastino whose work is most frequent here, illustrating all the tales featuring Superman’s addled mirror image Bizarro, a Weisinger favourite. As the sample page shows, there’s a rigidity to Plastino’s figures, but also an instinctive sense of storytelling. Weisinger demanded clarity, and Plastino supplied it.

Most content is merely for the curious, but while today’s approach would differ, one tale stands up well in the 21st century. Bill Finger’s story of Superman attempting to convince a blind girl of his powers is extremely well composed, with the girl reasoning her way through Superman’s attempts to convey his abilities. It has a pleasing simplicity and leads to a satisfying conclusion, although the coda over-eggs matters. The other story by Finger features a neat twist, and also neatly worked is Edmond Hamilton’s tale of the Daily Planet being closed down and the individual reporters learning enough in their new jobs to have it opened up again.

This and companion volumes spotlighting the 1960s, 1970s and 1980s are characterised by thoughtful curation providing extra value. The stories are gathered by categories, each group with an introduction contextualising them, and generally avoid those more commonly reprinted over the years.