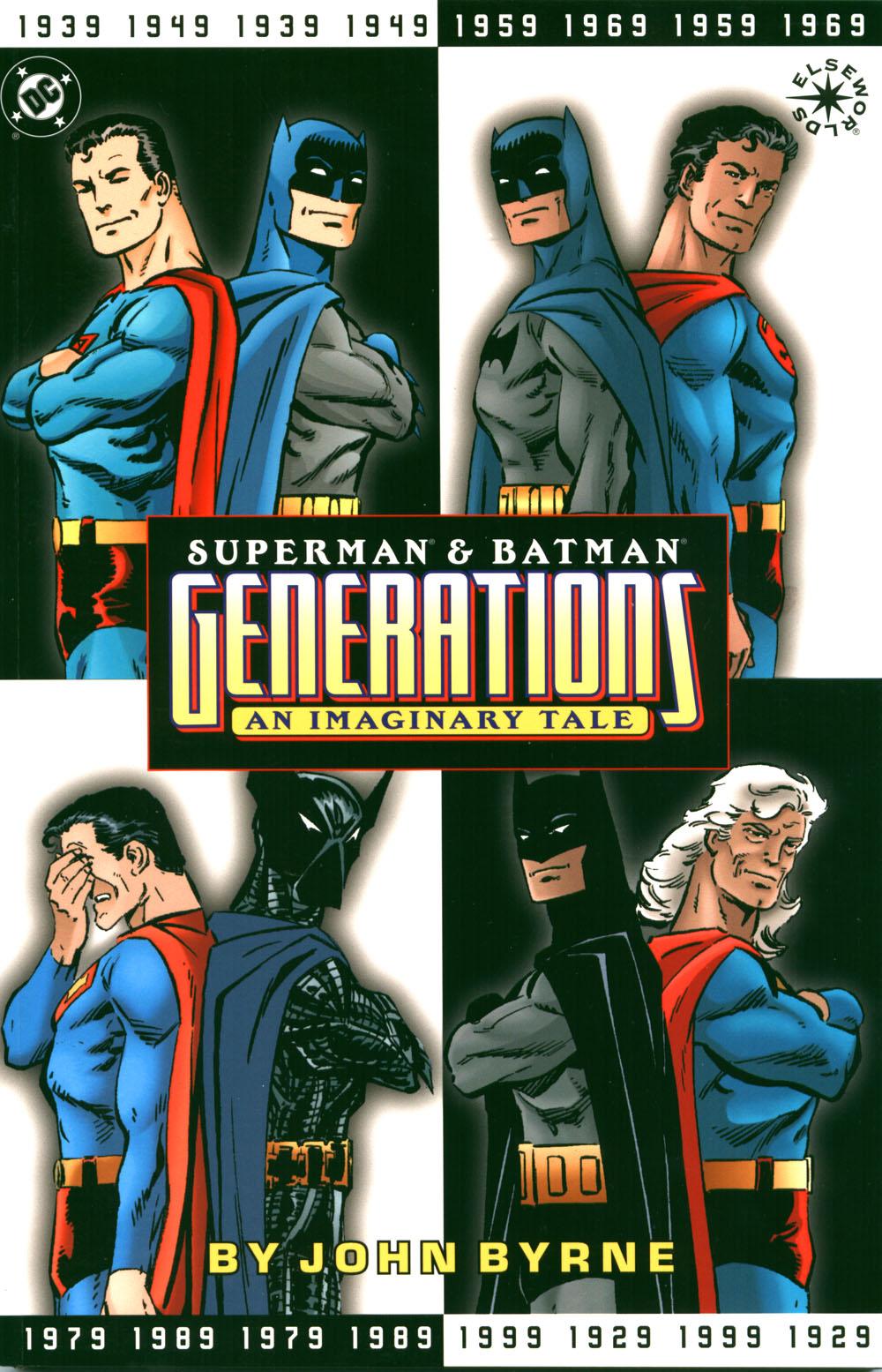 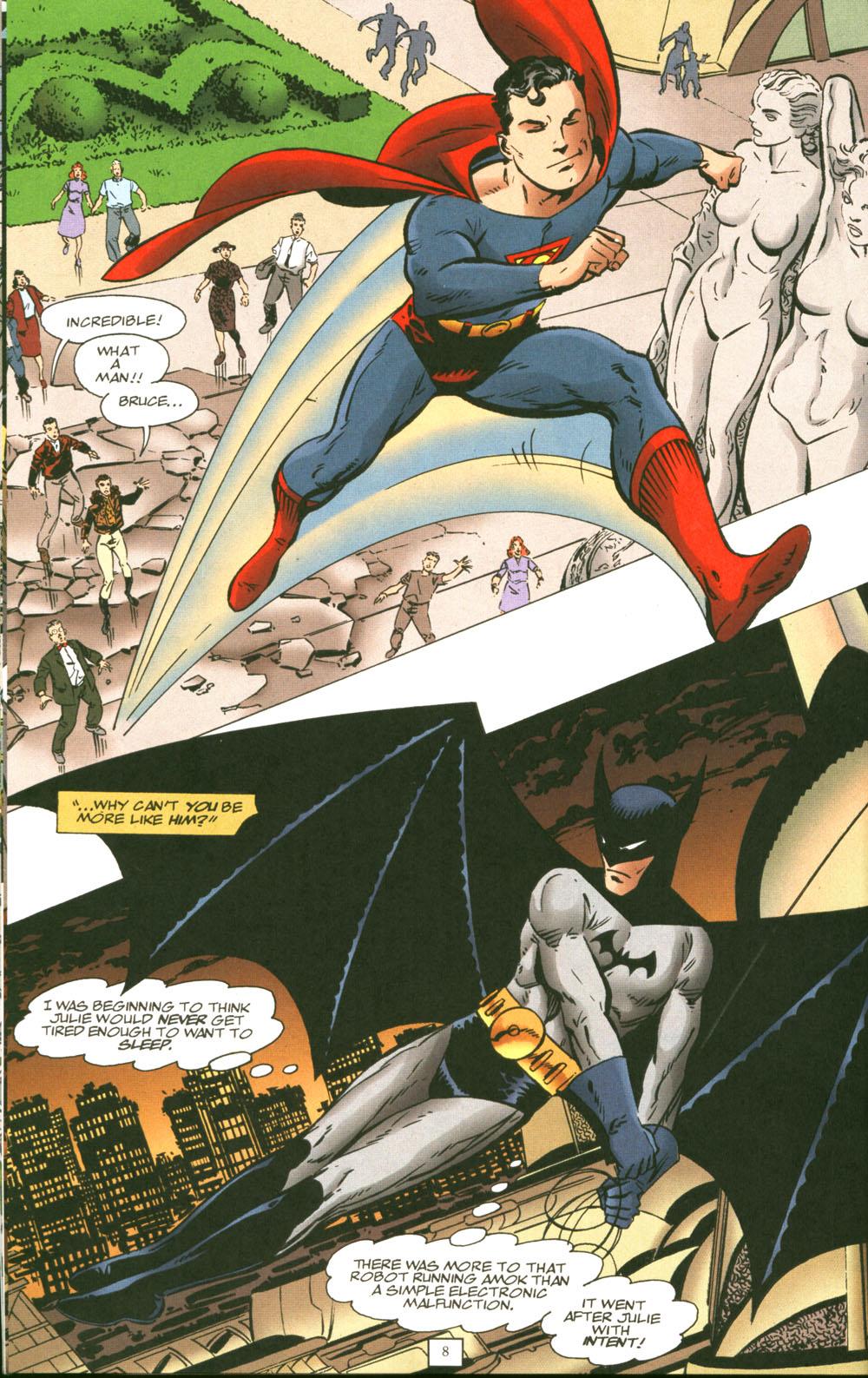 From the mid-1970s onwards John Byrne’s been an excellent superhero artist, and from the early 1980s proved a clever writer also, yet it’s his imagination that spurs both crafts. Visually he’s consistently thoughtful about what will tell a story well and what will make for a striking image, and Generations provides plenty of those from the opening splash page of Bruce Wayne’s gyroscope. The gimmick to Generations is that Batman/Bruce Wayne and Superman/Clark Kent are seen in a chapters of varying lengths, each skipping forward ten years, beginning in 1939. Batman and Superman also age in real time, along with Lois Lane, Dick Grayson and others less familiar. It’s both a loving reminiscence and clever pastiche, Byrne true to the basic characters of Batman and Superman as they were actually portrayed in each era, while also applying a knowing wink to the audience as he swerves what became clichés. It’s therefore possible to read the chapter set in 1959, the height of the characters’ grinning gimmick era during which they met aliens aplenty, and still be entertained by the magical antics and transformations without applying any veneer of irony. However, because they’re ten years older with each successive chapter, time takes its toll. The sprightly new Batman seen at the 1939 World’s Fair is already feeling his age twenty years later, hence the title Generations.

Byrne applies considerable thought and common sense to the characters, explaining, for instance how Lois Lane could carry a half Kryptonian baby to full term, or why on earth a crimefighter would consider a young teenage sidekick to be a good idea. The ageing process and ways of circumventing it are also considered, and Byrne cleverly references pivotal moments in Batman and Superman’s mainstream continuity, incorporating their prominent enemies well, particularly Luthor. There are times when he resorts to revelations prioritising surprise rather than logic, but there’s no begrudging the results.

The years run through on the cover progress until what seems the mistake of concluding in 1929. It isn’t where the final pages are set, but it’s no error, although the result is another of those moments when charm outranks the full presentation. Overall, however, Byrne has both a thorough knowledge of and tremendous respect for both characters, and he’s also enjoying himself. It means all these years and several continuity reboots later Generations is still fun. Generations 2 followed. 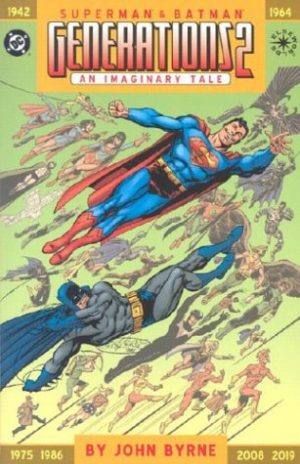