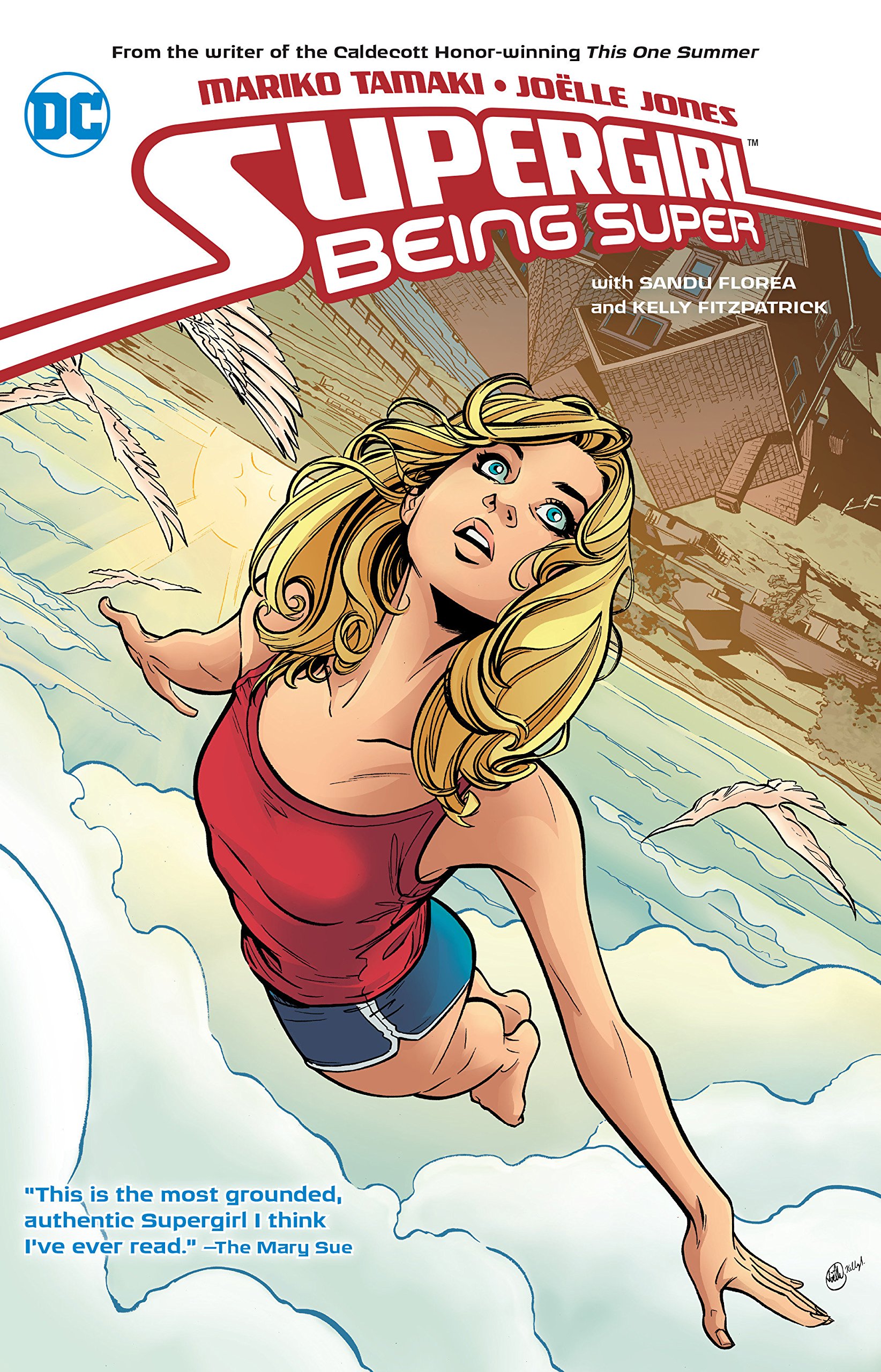 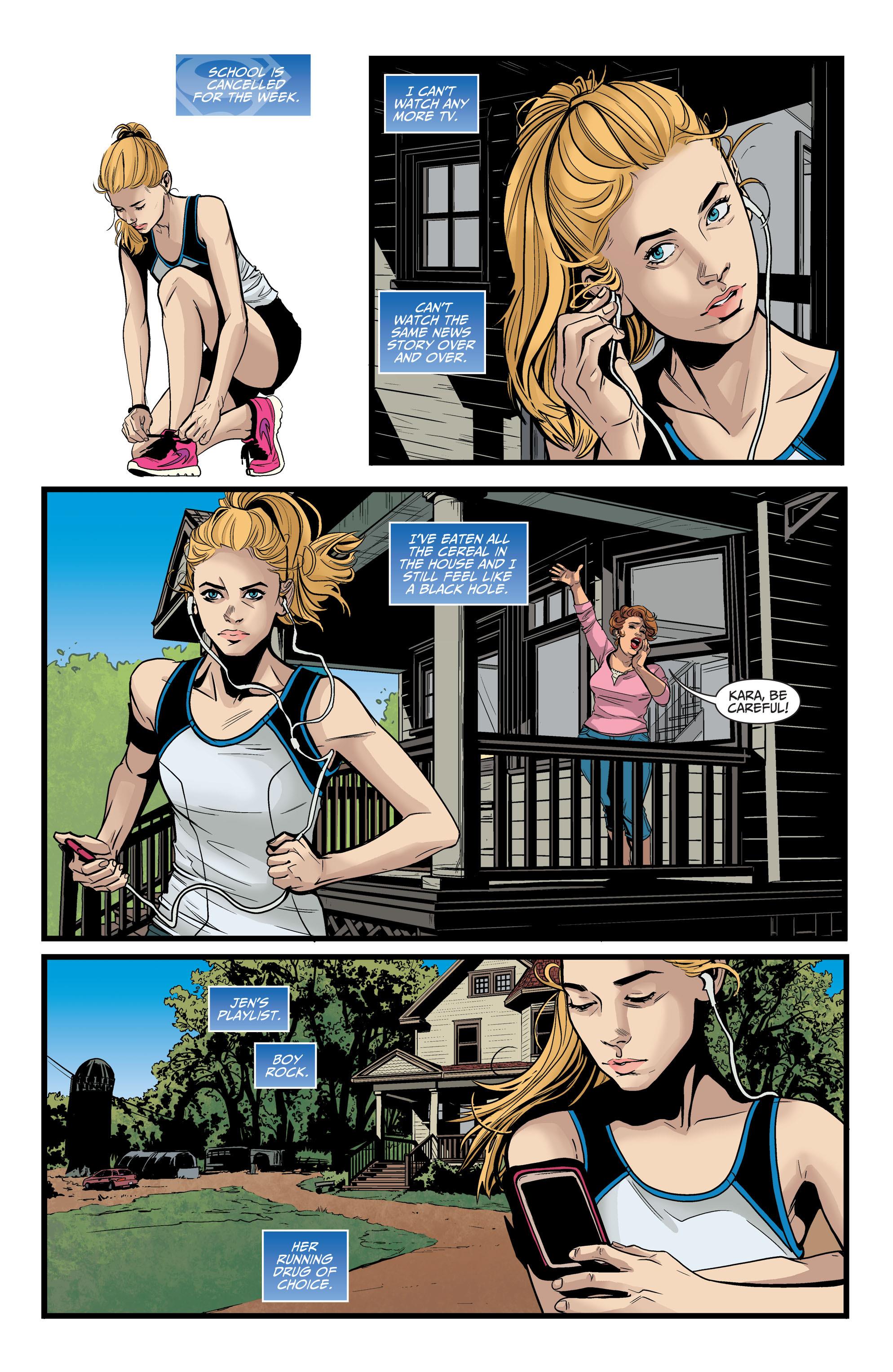 Being Super is an alternate version of Supergirl’s story, taking as its starting point her being found as an infant in her spacecraft by a mid-West farm couple rather than by Superman. They’re a little more conservative than Jonathan and Martha Kent, wanting the best for her, yet understanding how the local community would view a young girl or teenager with super powers. As the story opens Kara Danvers is about to turn sixteen, and lives a normal life sharing her high school years with her two best friends Dolly and Jen. She knows she has super powers, although they’re acting up, but is completely unaware of her Kryptonian heritage.

Mariko Tamaki’s story is upbeat and celebratory from the start, embracing high school friendship as the central element, yet also deals with tragedy, in what’s a very clever and emotional piece of writing. It introduces puzzles, deliberately misleads with familiar names, and provides a great adventure, yet it never loses sight of humanity, the best of it and the worst of it.

Visually Joëlle Jones supplies page after page of gorgeousness. The people are gorgeous, the locations are gorgeous and the viewpoints are gorgeous, except, of course, on the occasions when they’re not supposed to be. Jones toys with our preconceptions of Supergirl, dressing her in school athletics gear resembling an old costume, for instance, but although this is Kara with super powers, this isn’t Supergirl yet.

A theme of loss is introduced early, and weaved throughout the plot, in some cases obviously, in others more casually, but it’s something that affects almost every character with a major role. While a few minor elements from previous Supergirl iterations are used, the Kara Danvers name for instance, Tamaki’s not concerned with the past, but with freshness and logic. How would someone be if they had super powers, yet always had to conceal them? This is a far better portrayal of the fledgling Supergirl than any previous version, because it concentrates on the uncertainties of a sixteen year old girl more realistically than any previous version. You need know nothing about the character, her TV show or the past to enjoy this for what it is: a great graphic novel. 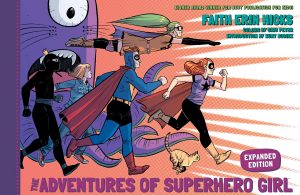 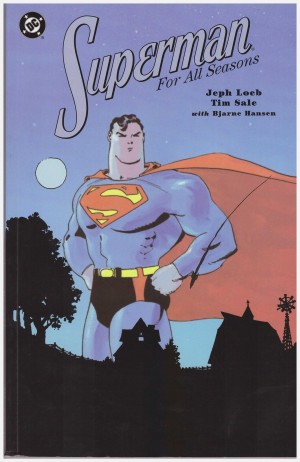