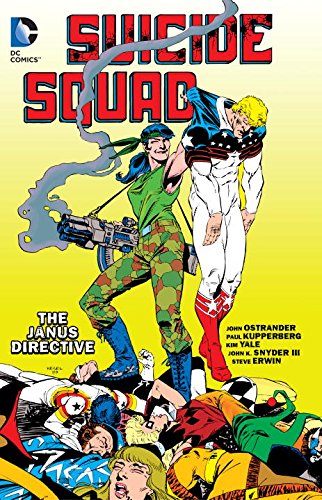 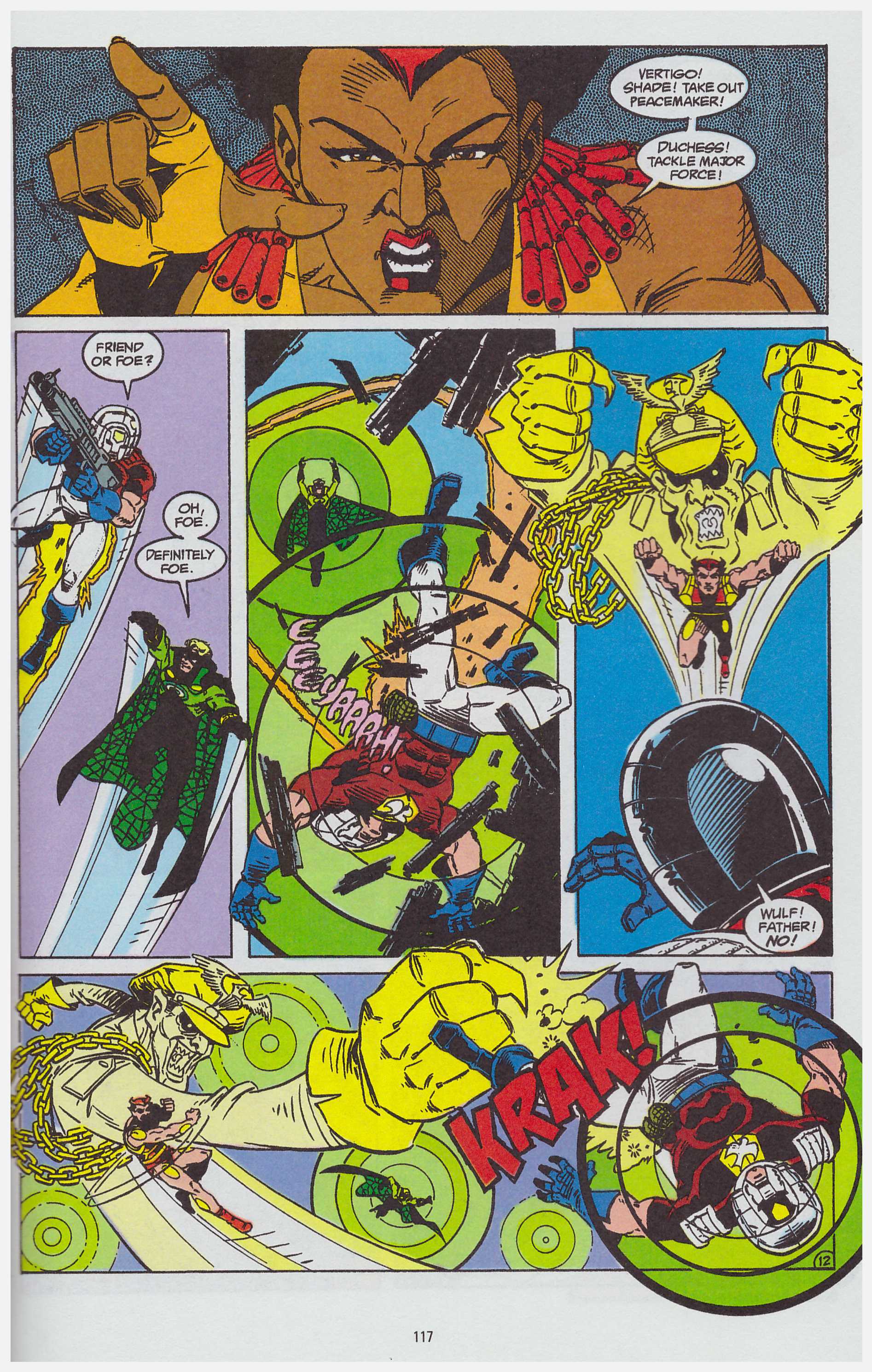 Previous collections of 1980s Suicide Squad material have been relatively straightforward, a description that can’t be applied to The Janus Directive. When published as comics its eleven chapters crossed over five titles, primarily Suicide Squad and Checkmate, involving a veritable platoon of characters with connections to the armed forces (Captain Atom) or covert operations. It required five writers and eight pencil artists. That division of creative duties rarely results in a satisfactory graphic novel, and so it is here.

John Ostrander writes the Suicide Squad chapters while Paul Kupperberg handles Checkmate, and while they may have plotted in tandem, Ostrander is a far better writer. His cast have character and dialogue fills his speech balloons, while Kupperberg’s cast explain to and exclaim at each other. It makes for an awkward transition between chapters featuring ostensibly the same characters.

The root of the plot is someone is manipulating the assorted covert agencies. This leads to a surprise revelation a third of the way into the book, but unsympathetic production gives the game away by plastering the mastermind on the back cover. This is someone who’s always had an agenda of ruling the world, and enough fanatical followers to make them a viable threat. There are a couple of nice twists. The use of Manhunter is good, although it’s astonishing to realise there was a pipe smoking superhero in 1989, and the bloodlust of some characters works. Overall, though, mediocrity infests the book.

If the writing is problematical, it’s as nothing when considering the art. Of the eight pencillers only Grant Miehm emerges with credit. His opening chapter has a solidity and skill absent for large chunks of this collection. Even Tom Mandrake, usually reliable with his Gene Colan lite style, sinks into the mess of confusing storytelling and basic figurework. At this point John K. Snyder III was the regular pencil artist on Suicide Squad, and his is the sample artwork. It’s about functional and very much of its era.

Further dragging down The Janus Directive is the lack of contextualisation. If you weren’t reading the assorted titles in 1989, or your memory’s not what it was, plenty of questions will remain. Would it have killed DC’s editorial to provide an article explaining that year’s version of Firestorm or exactly what Checkmate is?

The best work here has little connection with the title mess. The opening chapter ties up Rick Flag’s story from Rogues, providing Ostrander with something to revisit fifteen years later in From the Ashes, and provides the first clue as to Oracle’s identity, a character conceived by Ostrander lest we forget. Cary Bates plots the closer, scripted by Greg Weisman and featuring Captain Atom. He’s used as a deus ex machina convenience in ‘The Janus Directive’, but Bates supplies a complex circling around secrets and a good insight into a man who’s jumped forward fifteen years in time. Rafael Kayanan’s art is just functional, and the super villainy trite, but this is head and shoulders above most of the preceding content.

The 1980s Suicide Squad continues with Apokolips Now, which is rather the game changer.