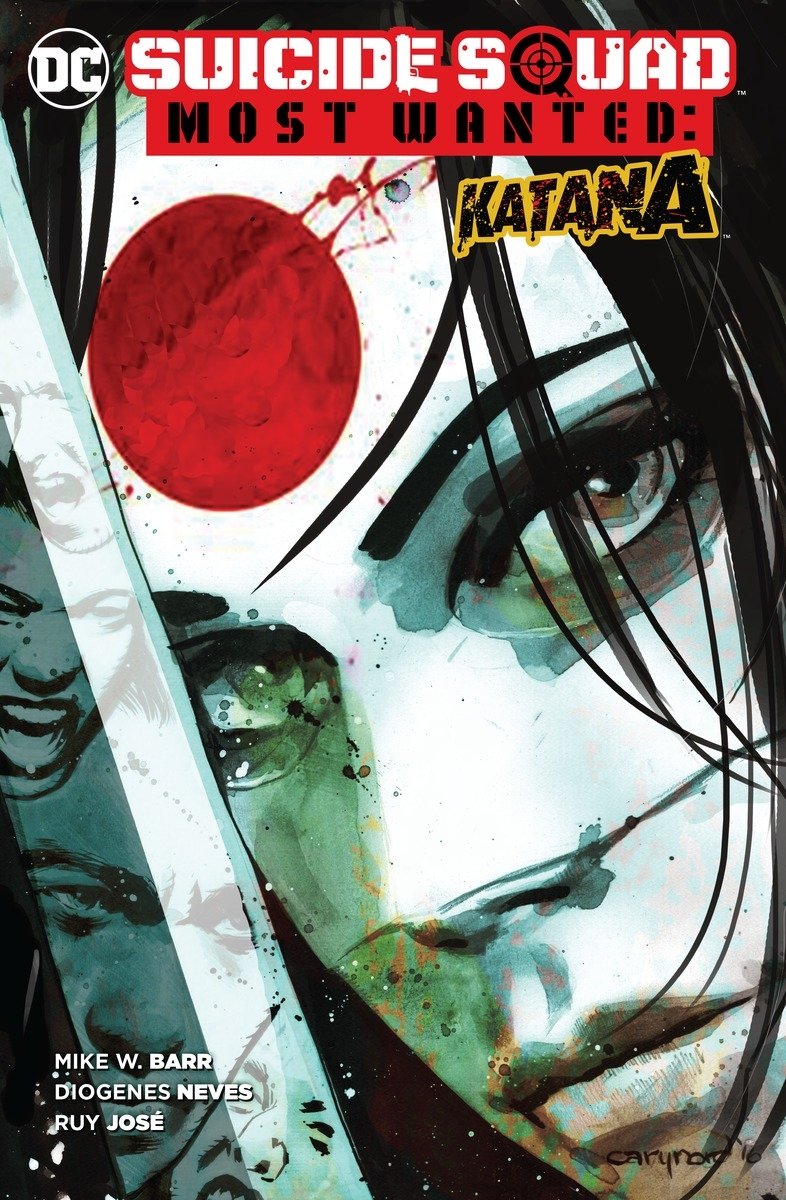 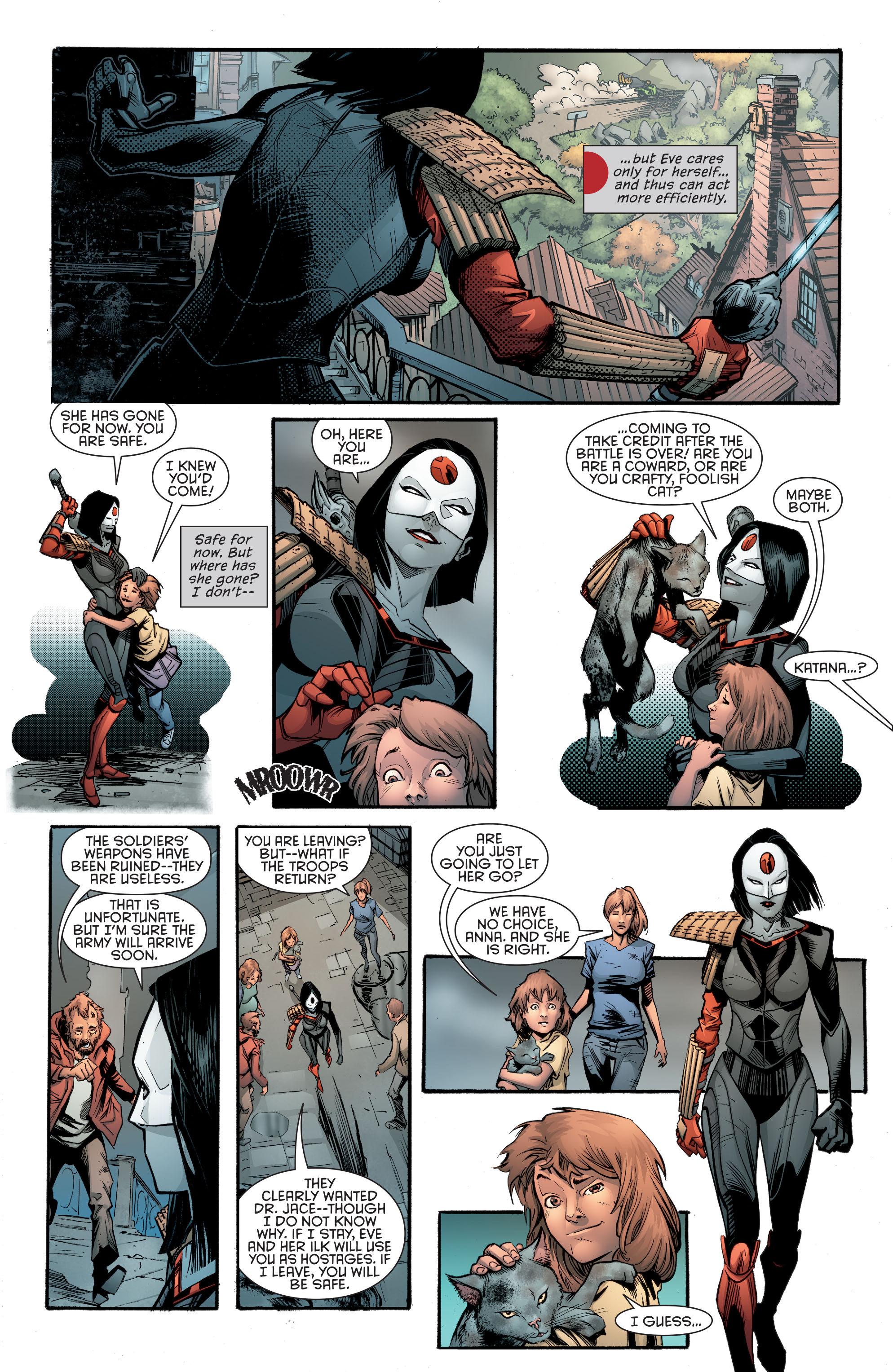 Mike W. Barr was an enthusiastic writer of superhero comics, starting his career during the late 1970s and a common credit throughout the 1980s, after which the assignments either dried up or he moved on. It’s heartening in one sense at least, that when one of his creations was about to have a feature role in a blockbuster movie, Barr was hired to write this story.

This version of Katana differs from that Barr created, modified to encompass the device of her sword capturing the souls of those it kills, their faces visible to Katana. Her primary mission in life is to free her husband’s soul from the sword, but in the meantime she takes on missions for the Suicide Squad, a death wish bubbling under the surface of her personality. Barr’s story sends her to the fictional East European state of Markovia, over-run by the forces of Kobra, a villain whose motivation is to usher in a new age of chaos, and unconcerned about the body count in doing so.

Barr’s plot is a little over-extended to fill the page count, but works toward the cliffhanger chapter endings in adequate fashion, and he enjoys toying with recreations of characters he introduced as part of the Outsiders in the 1980s. A downside is his dialogue still stuck in that period, an era when superheroes proclaimed in preference to speaking, and often bombastically and pompously. They also explained the plot, stating the obvious, and on too many occasions the dialogue reads like words placed into characters’ mouths rather than anything anyone would actually say. And that’s allowing for much of the cast not having English as a first language. Early on the Suicide Squad make their appearance, featuring three characters from the regular title and three newcomers. Care to take a guess who makes it to the end of the mission?

Diogenes Neves illustrates everything competently in telling the story, but while that’s the case it’s also without any striking images that stick in the memory. Much the same applies to the plot. By the end there’s a new character with potential, but this isn’t a graphic novel anyone will read twice. 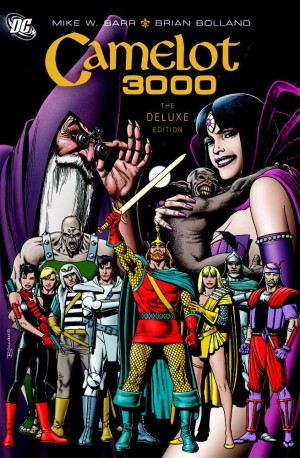 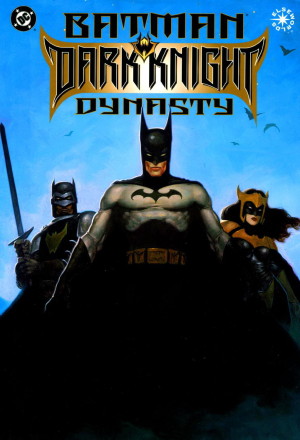 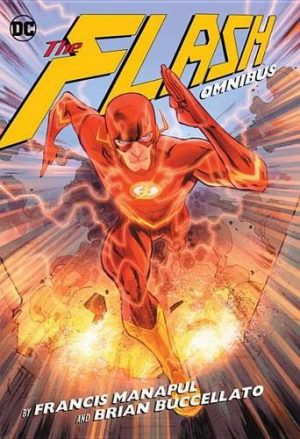