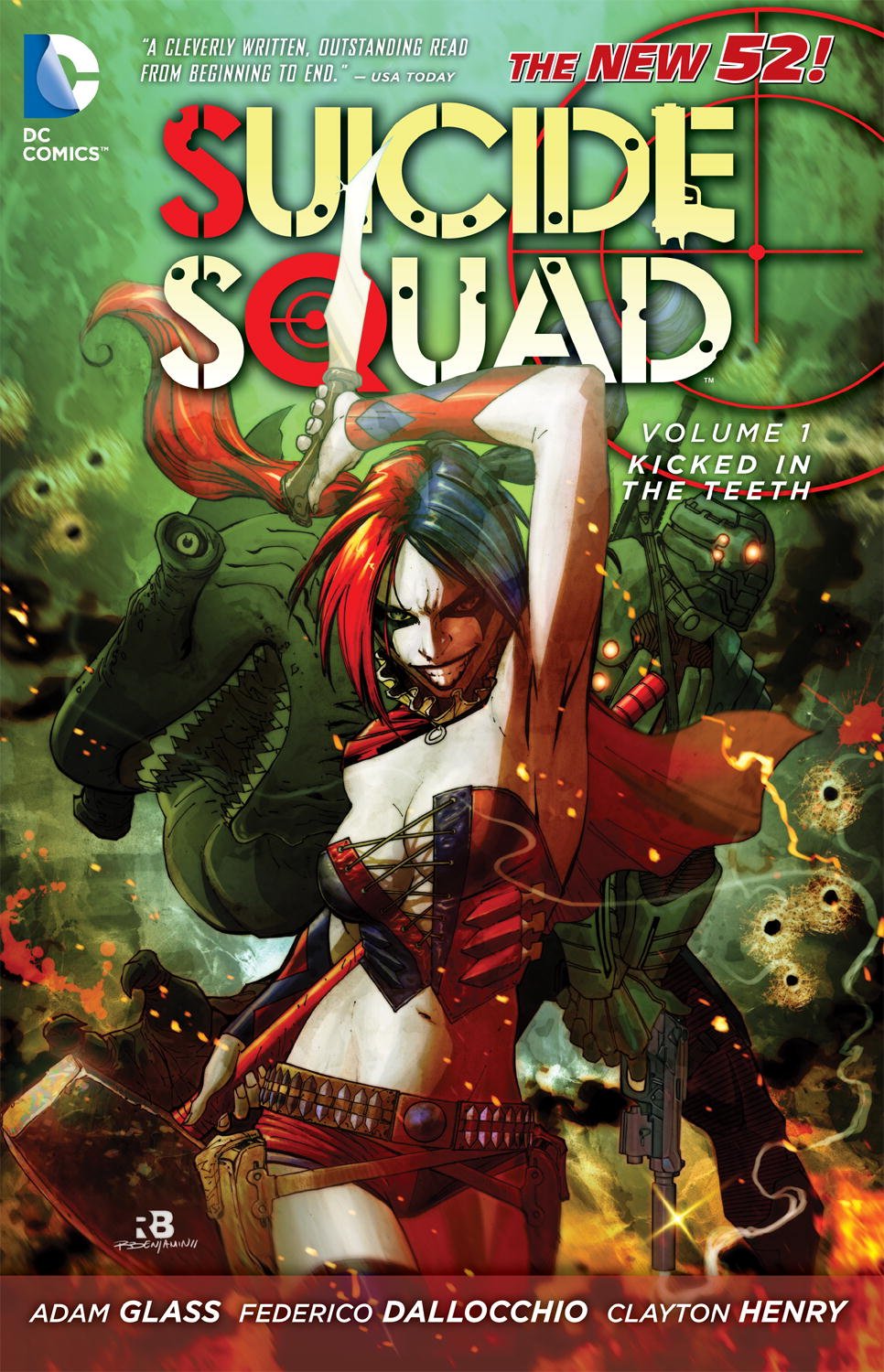 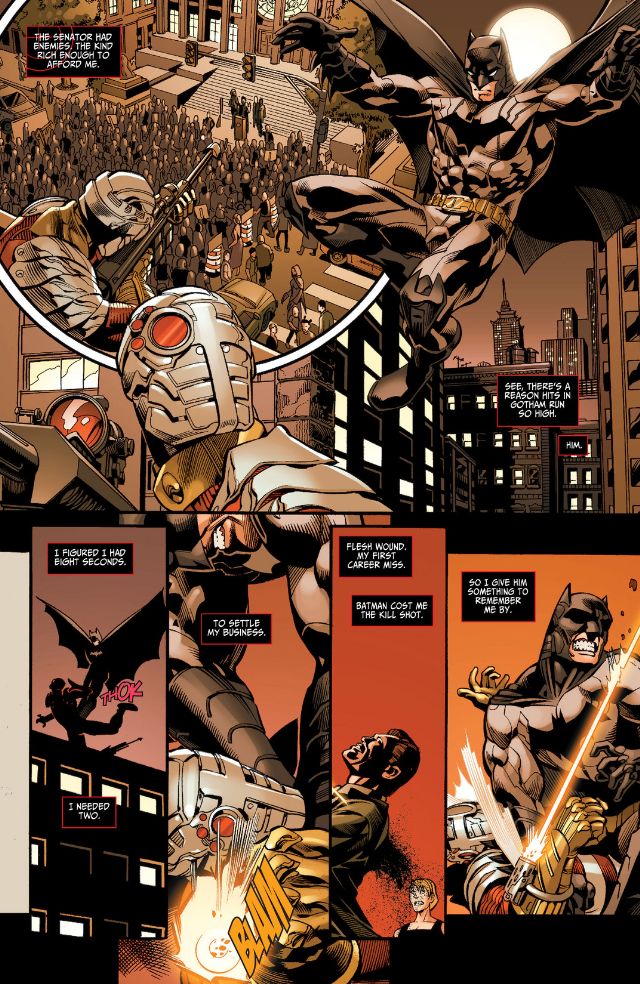 When DC overhauled their continuum with their New 52 project, Suicide Squad received a harder edge and a return to a lengthy run courtesy of writer Adam Glass, here accompanied by the artistic talents of Federico Dallocchio and Clayton Henry.

Suicide Squad is the ‘affectionate’ moniker given to Task Force X, a government sanctioned group of shadow operatives working out of Belle Reve Maximum Security Prison. Their job: take care of all the messy problems heroes would feel squeamish about, and in return time is shaved off their sentences. Assuming they survive, that is. Not only are the missions highly dangerous and top secret, the operatives are all considered highly expendable. Try to escape, expose the team, save your own skin, or just tick off the boss Amanda Waller, and your life (and sentence) will end abruptly, courtesy of nano-bombs implanted in the neck.

After a brutal introduction, the Squad line-up of Deadshot, King Shark, El Diablo, Black Spider, Voltaic, and Harley Quinn are dispatched to contain a techno-organic plague and acquire the cure, before Waller (slimline and muscular, but limited character development) ‘persuades’ them to extract someone from meta-human terrorist group Basilisk. Of course everything goes to hell, the Squad needed to contain a mess caused by one of their own going off reservation on some personal business, and requiring retrieval.

This is a grittier Suicide Squad, with break-neck paced action sequences and visually disturbing violence. Dallocchio’s artwork is far more reminiscent of the horror genre, a surprisingly good fit for the nightmarish situations the Squad are flung into. Victims of the techno-organic plague are grotesque, and so accordingly are the methods used to deal with it. Dallachio’s strength is in creating terrifying and tense atmospheres for the Squad’s missions. By contrast, Clayton Henry focuses on the characters and their emotions, particularly helpful when telling Harley’s story later on.

Glass uses short back-stories for most of his main players. He chooses not to dwell on them, nor does he try to portray them as basically good people. Any ‘goodness’ Deadshot shows is purely from self-preservation, saving a squad-mate simply because the rookie replacing them will be more likely to get him killed. King Shark, El Diablo, and Black Spider all have something to hide and Glass teases out little bits of information in dialogue and flashbacks. Even characters like Captain Boomerang and Yo-Yo, who make brief appearances here, are more interesting (annoying in Boomer’s case) with plenty of plot twists to keep readers entertained. The Suicide Squad are convicted criminals used precisely because they are expendable, so characters appear and disappear quickly among the wreckage following in the Squad’s wake.

Adam Glass might very well become known as the writer who took Harley Quinn from bimbo Joker groupie to a genuinely dangerous, and insanely intelligent individual. The court jester attire has literally been stripped away, but this is more than a exterior overhaul. Harley’s origin is the most extensive, looking quite closely at her relationship with Joker and the emotional effects this has had on her. The animated film Batman: Assault on Arkham (based loosely on this story) imitated this Harley/Joker interaction to some degree, while pre-released footage of the live-action Suicide Squad film’s Harley  suggests that Glass and Co. have definitely left an impression. It’s reinforced by the number of Harley Quinn costumes seen at comic-conventions in recent years similar to the one here and the Harley Quinn series.

Kicked in the Teeth ends on a cliffhanger, the mayhem hurtling into Basilisk Rising with more character development (and big explosions!) all round. 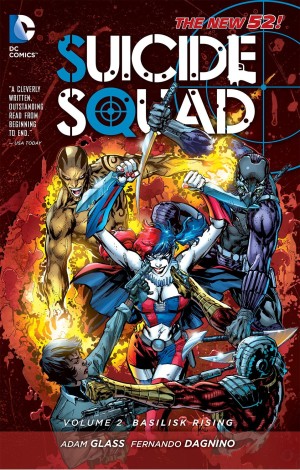 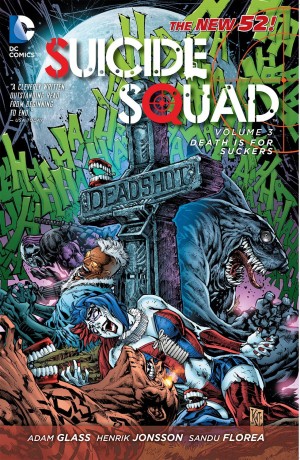 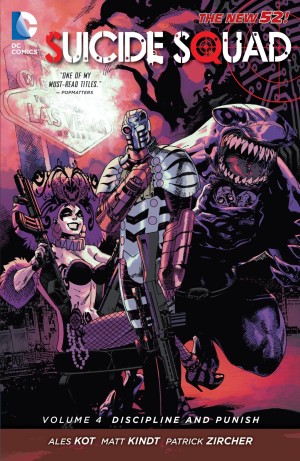 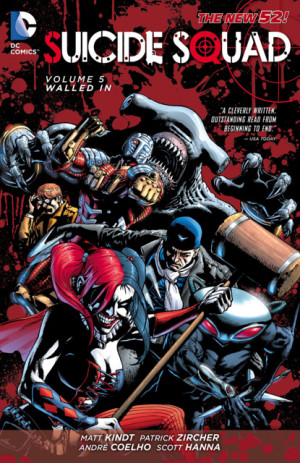