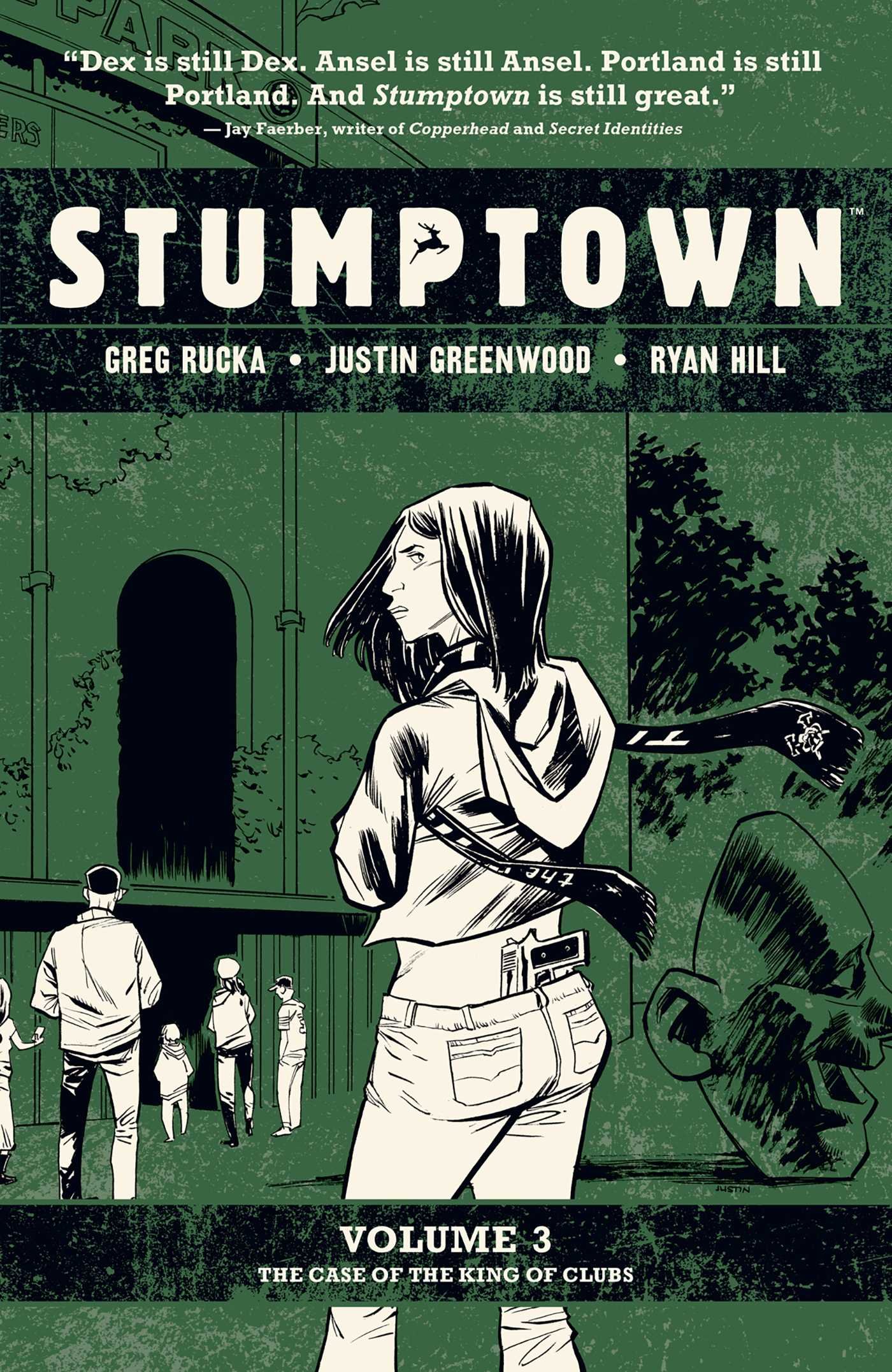 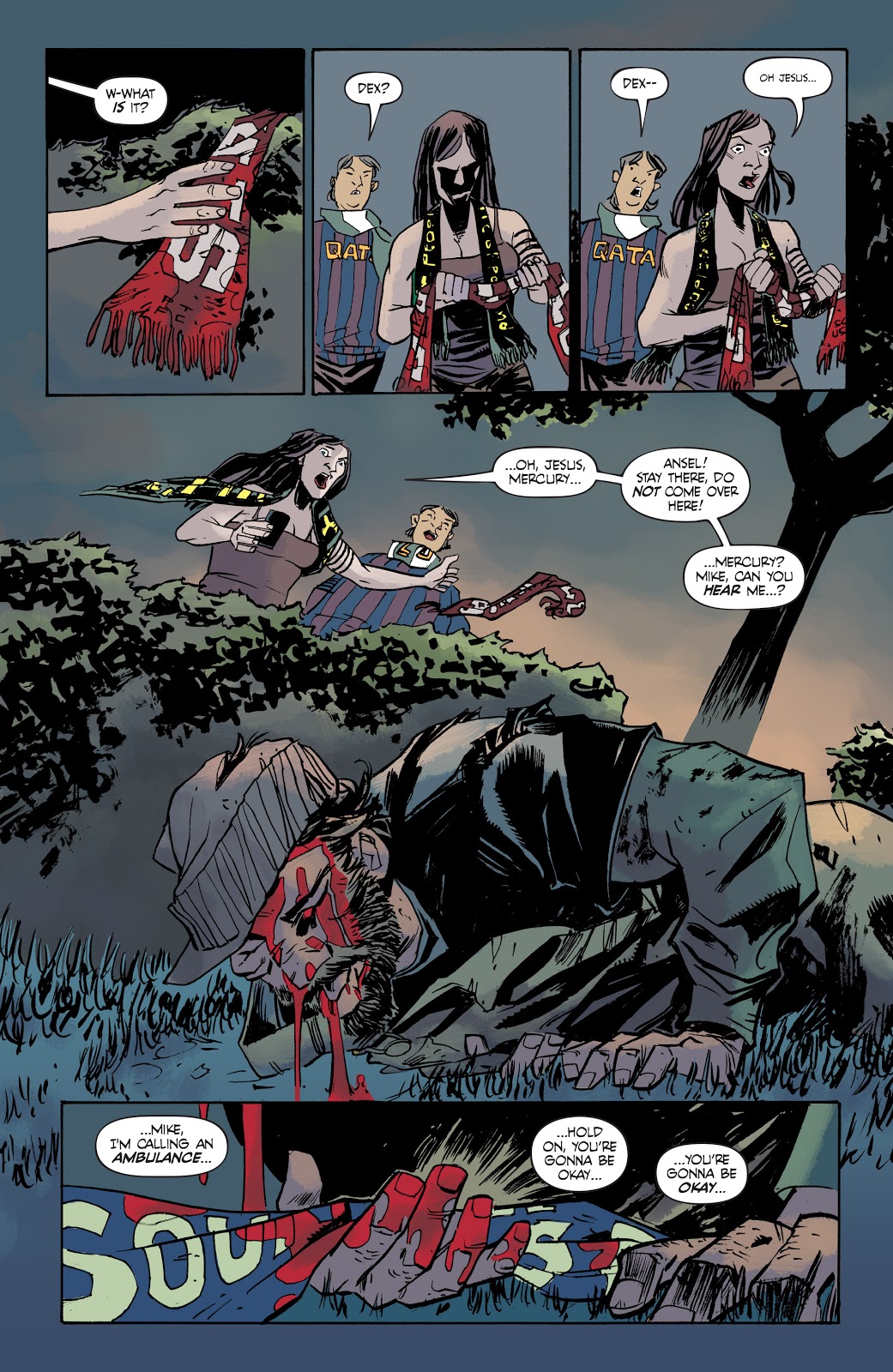 Dex Parios could in some ways be seen as Greg Rucka’s alternate version of Jessica Jones. She has a similar car crash personality stemming from her past experiences, and helps others while barely helping herself in the course of her investigations. Both series, of course, just switch the gender of the traditional self-destructive noir fiction detective. At issue in The Case of the King of Clubs is the possibility that the scourge of European football hooliganism is transferring to the American franchises when one of Dex’s friends is beaten to an inch of his life after the Portland Timbers host local rivals Seattle Sounders. The immediate suspicion is that Seattle hooligans are responsible, a fear shared by Dex’s fellow football playing private eye CK, Washington based and a Seattle supporter.

After two volumes of Matthew Southworth’s tight pencils and inks, Justin Greenwood’s far looser style might take some getting used to, but he’s equally good, and that looseness is actually deceptive. Everything that’s needed is there on the page and Dex’s grimy world is conveyed. Where there is a difference is with the way people look. Southworth glamorised them in traditional comic style, whereas Greenwood’s people are plain. He’s handed a difficult task in the opening pages of trying to make a football match come to life, and there are contradictions between the pictures and the dialogue, but that apart it’s a solid performance on his début.

Rucka makes good use of the football background. Considering what a massive part it is of American culture, use of any sports is surprisingly rare in comics material, never mind what to Americans probably ranks below ten pin bowling, and Rucka creates a credible subculture to investigate. He also continues the ongoing process of Dex’s disintegration, and while CK’s presence is a necessary narrative sounding board to replace a need for captions, Rucka astutely weaves her into a Jiminy Cricket role. It’s all very satisfying.

The Case of the King of Clubs is a deceptively clever plot. Much of it is grunt work, strolling or driving around, a conversation here, a bit of intimidation there, and Dex falling apart in the corner. However, it leads to a surprising conclusion, as all good crime fiction should, and while Dex is far from likeable, her circumstances should resonate, eliciting some sympathy. The lack of any exotica may be considered a drawback, but if that’s what you want, then Rucka’s written about plenty of other women fitting that bill. The pleasure of Stumptown is the blue collar realism. The Case of a Cup of Joe is up next. 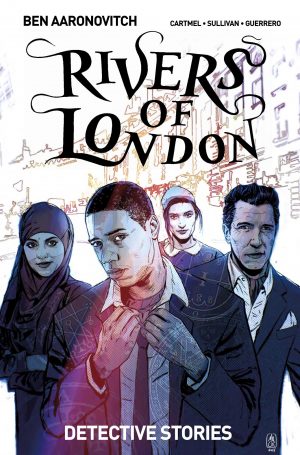 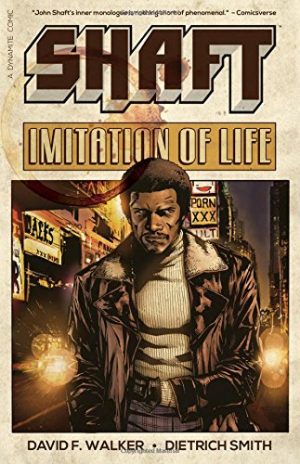 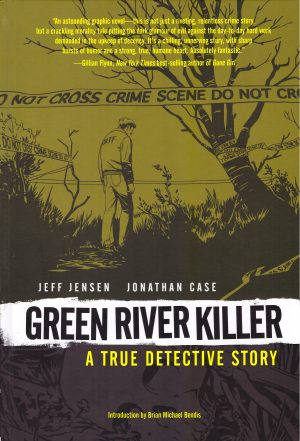