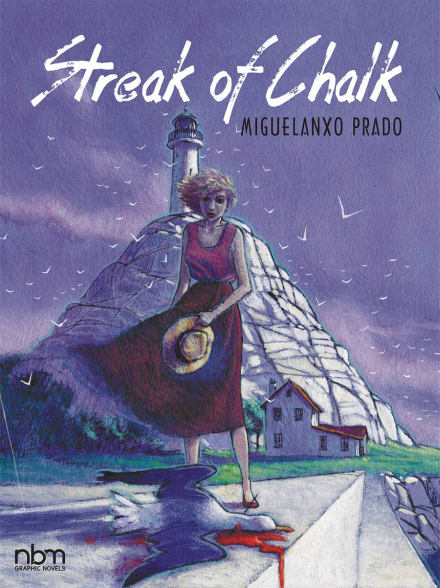 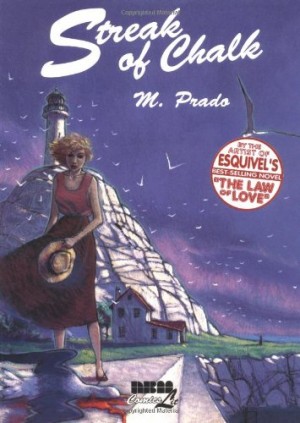 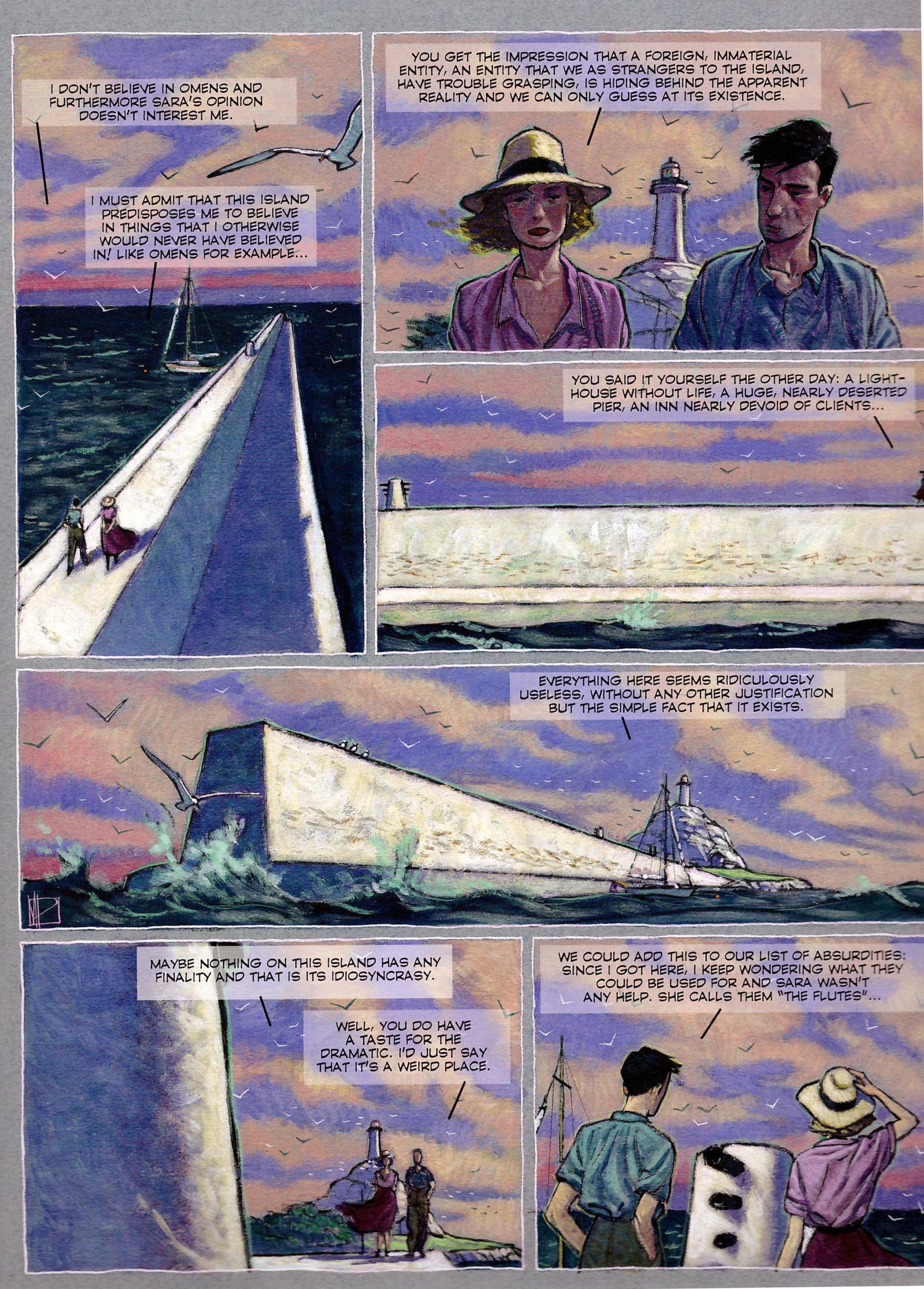 “On a Lilliputian island that doesn’t exist on any maps and is crowned by a lighthouse that doesn’t work”, Raul sails into the harbour to find another boat, manned by the stand-offish Ana, already anchored there. No-one lives on the island permanently and Sara, the woman running the only inn there, warns him that it’s a place that makes you inclined to believe things to which you wouldn’t ordinarily give credit. As a string of disturbing events unfold when more sailors dock in the harbour, Raul is hard pressed to understand what he’s witnessing or fathom the motivations of those around him, as he finds himself wanting to respond violently to the perplexing and frustrating behaviour of the other people on the island.

Miguelanxo Prado chronicles the complex web of relationships that begin to form between his main characters, the hesitant advances, the bruised egos that come with uneven relationships between chance-met people with different philosophies and goals in life. Raul begins to respond with macho challenges to situations the two women seem perfectly able to deal with on their own and in their own terms.

Prado draws sun-drenched landscapes and the dark and womb-like interiors of the inn with equal facility to create an evocative backdrop for his tale of mystery, frustrated friendship and love. Much remains unanswered even at the end. A melancholy atmosphere pervades the story as the central characters cautiously explore each other’s responses to both the mundane and strange events occurring around them. Streak of Chalk is very much a novel. Many ‘graphic novels’ are, at best, extended short stories, but Prado explores the complexities of relationships in a thoroughly adult manner, taking us through the numerous stages that create a bond, whether of love, hate or something else. With his limited cast of characters, but vast seascapes and possibilities for drama, what immediately draws you in and keeps you entranced is the interplay between the three central figures.

A combination of evocative art that reflects the quick changing emotions of the characters and intelligent, often sparse dialogue, with much left unsaid, makes this a truly adult read. Prado’s artistic technique rewards careful study, using body language to express character and say much of what the crisp, naturalistic dialogue doesn’t need to explain.

NBM’s anniversary hardcover edition is a welcome presentation. It loses Prado’s 1992 author’s note, but adds a two page epilogue, a single page Corto Maltese tribute with a further page of explanation, and a dozen pages of sketches, other prepartory material and the covers for editions in other languages.