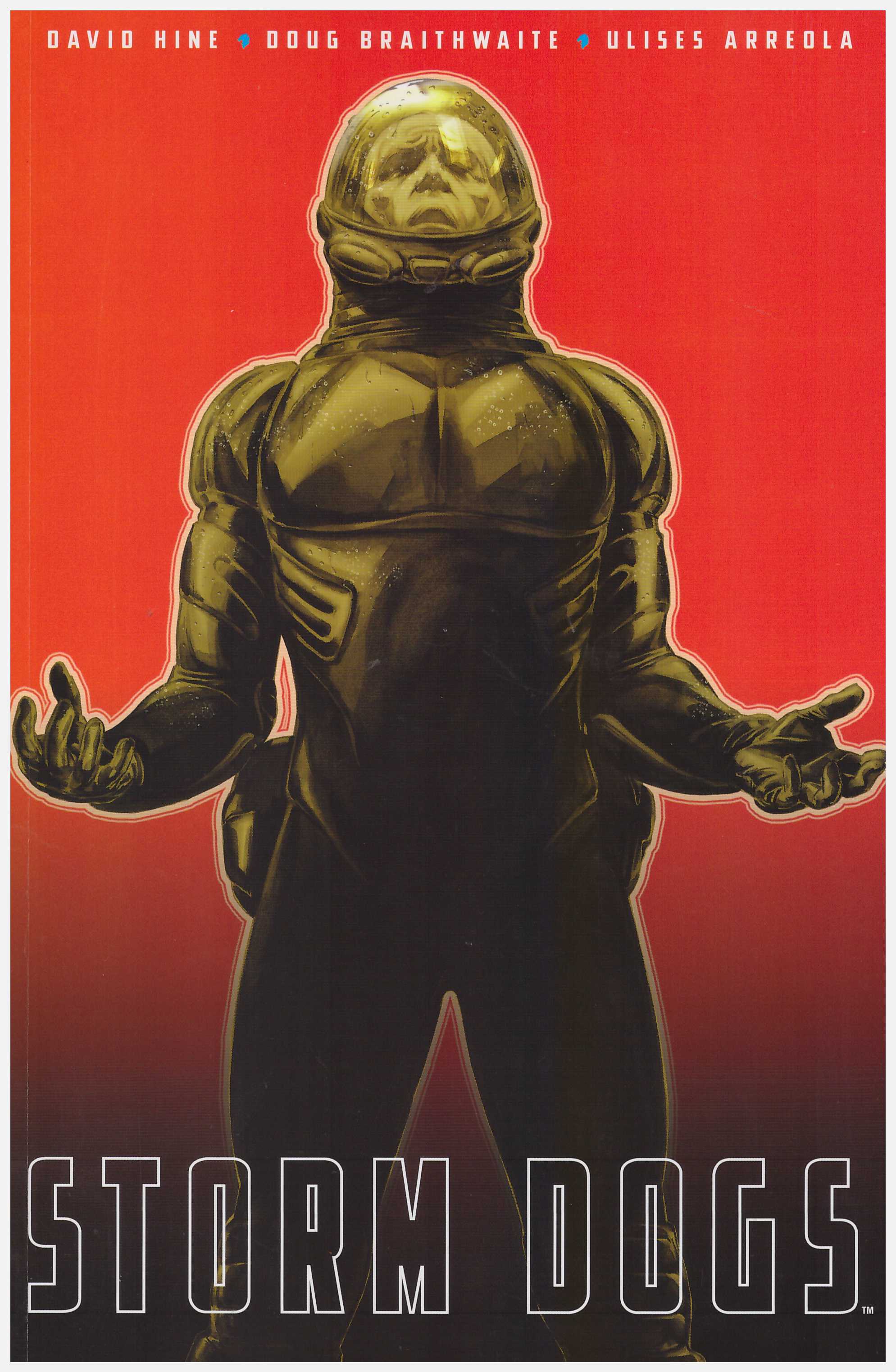 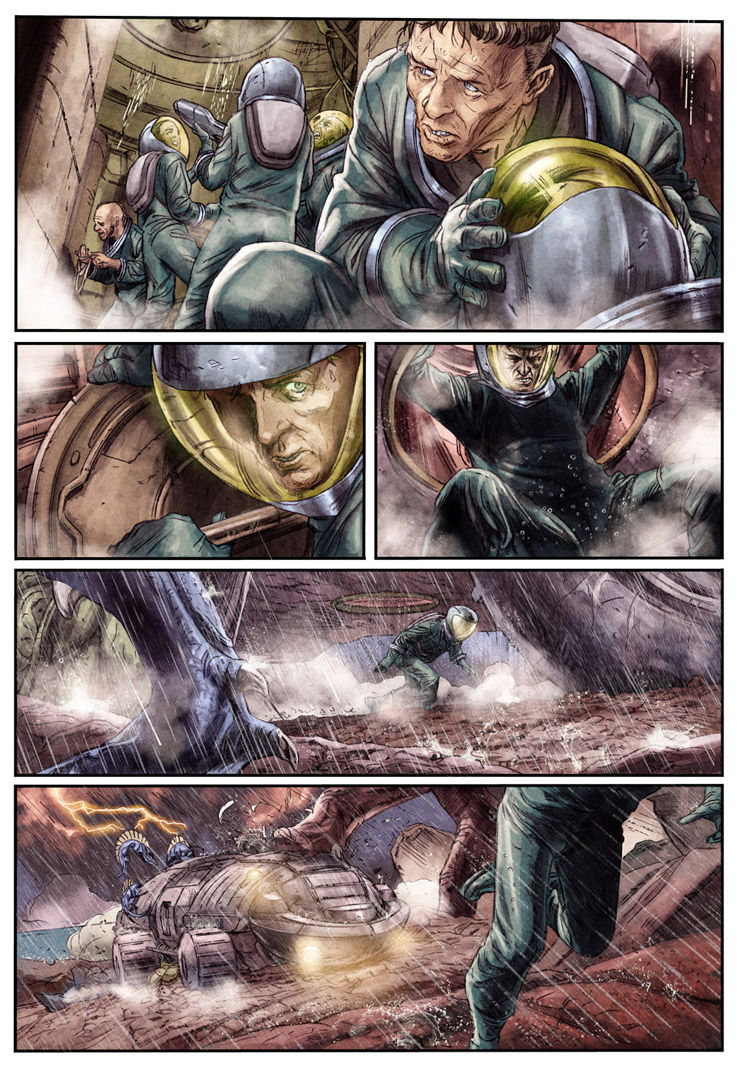 The outpost of Grievance is an inhospitable mining town located on the unforgiving planet of Amaranth, where unusually harsh climactic conditions have bred creatures that can survive literal acid rain. It’s home to two races, the silent Elohi and the Joppa, and to other creatures, like leeches known as dream bugs that induce a drug-like torpor when sucking your blood. Into this environment arrive a team of off-world specialists requested to look into seven suspicious deaths. This would usually be a simple matter with the technology they’re able to access, but Amaranth has a protected culture, and on-world technology is limited to the level of progress attained by the locals.

Science fiction might not be the genre for which David Hine is known, but he’s obviously been stockpiling the inspiration as Storm Dogs is one idea-packed book. This isn’t just a case of throwing everything into the opening chapter either. Interesting and thought-provoking concepts continue to be introduced as the story progresses, and this is seamless integration, not plot convenience.

Yet the ideas alone are but one ingredient, because what makes the series work is the human interest. Hine’s cast are varied and each has something that acts as a hook to the reader, be it the practical local sheriff, the naive pathologist or the immensely capable trooper. An informative background section details Hine’s thoughts about his characters, and their inner feelings.

The visual design is all the work of Doug Braithwaite, who creates a distinctive cast and compelling locales, some simultaneously familiar and off-kilter like the town bar, others completely alien. His designs for the Elohi are very impressive. He’s created a form of lizard and horse hybrid that walks on two legs, and convinces as an alien, yet spiritual creature. Hine’s concept of them is thoughtful and interesting. They communicate telepathically, but only with the Joppa, with whom they therefore have a symbiotic relationship. There are further revelations about them to come.

This really is first rate science fiction comics, and while Saga currently takes all the attention in that sphere, Storm Dogs matches it for style, ideas and plot bombs, although this is a more serious story altogether.

For all the thrills, wonder and entertainment Storm Dogs provides, there is a caveat. It’s not finished. This ends with a bombshell, and of a conclusion there has been no sign since. Don’t let that put you off. What’s here is good enough.