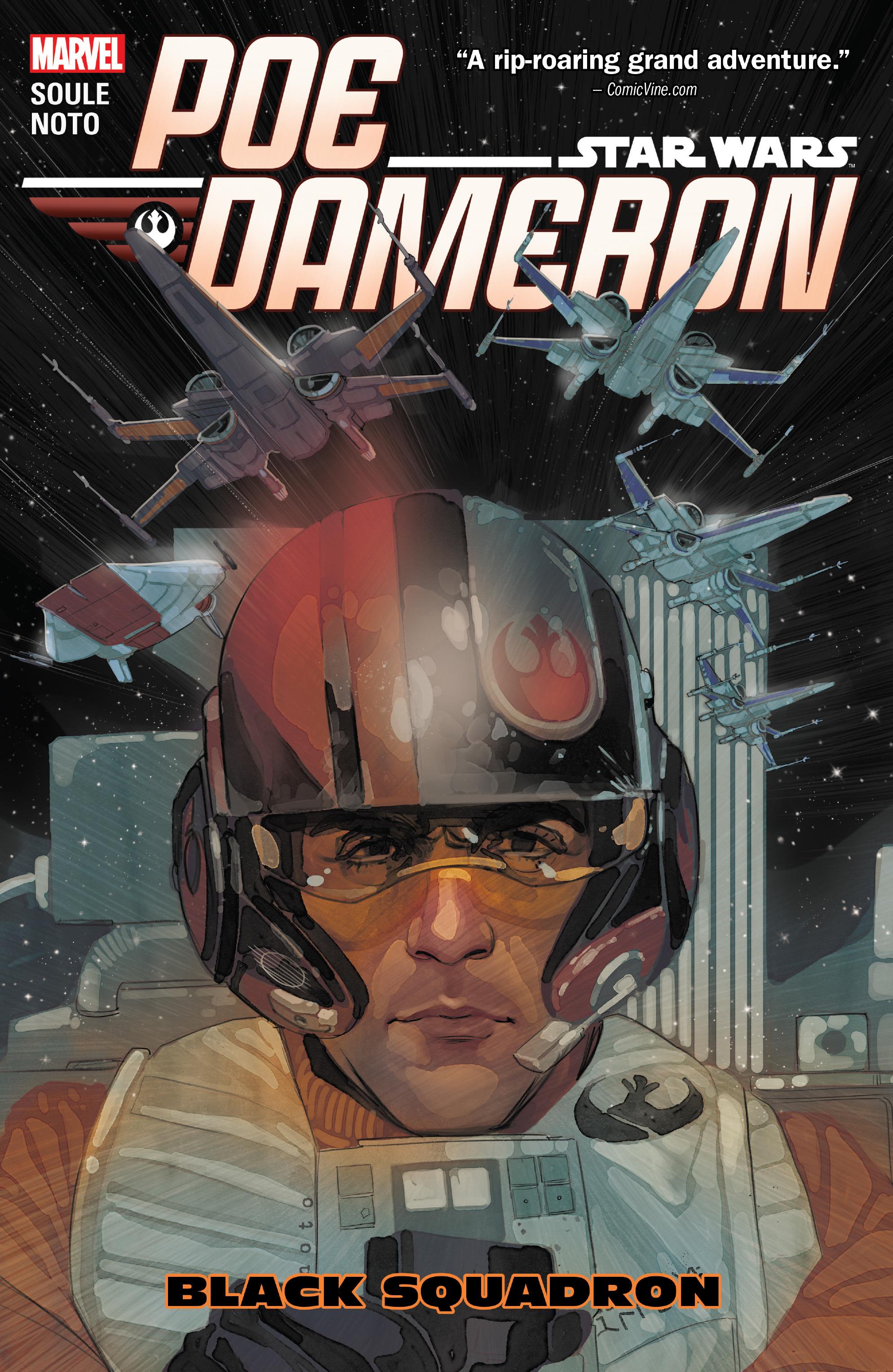 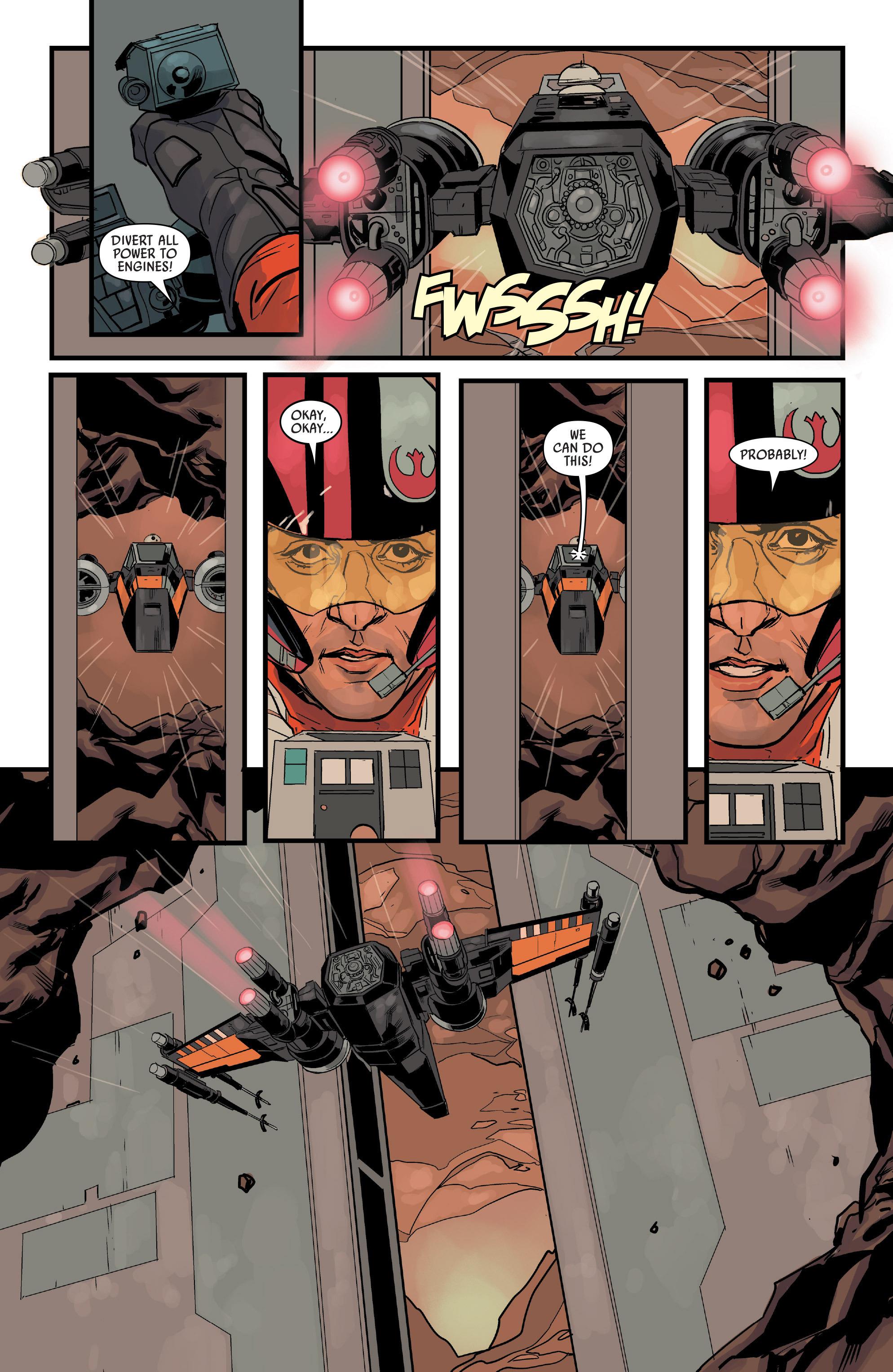 The first character introduced in seventh Star Wars: The Force Awakens, Poe Dameron is also the first of the new crop to receive his own series. With all Star Wars novels and comics officially canon as of 2015, it’s both expedient and profitable to develop characters off screen. Introduced collecting information for the Resistance, Black Squadron begins when Poe was first given the task.

It’s thirty years since the Galactic Empire’s defeat but threats of turmoil are always rising. To stem the tide of the First Order’s growing military might, General Leia Organa founded the Resistance. To expand her forces, she recruited the best pilot in the Galaxy – Poe Dameron. Thanks to Poe’s efforts the Resistance now knows that Supreme Leader Snoke is looking for Luke Skywalker. It’s imperative that Luke is warned but Leia has no idea where her brother is. Poe and his droid BB8 are ordered to find the one man who might know Luke’s whereabouts – The Explorer, Lor San Tekka. But nobody knows where he is either and Poe will have to track him down through some dangerous terrain. Fortunately he has the Black Squadron, a team of crack Resistance pilots and Poe’s oldest friends. Just as well, because the First Order is looking for Poe and they’ve sent the ruthless Agent Terex, a man always one step ahead of his prey.

For Vol. 1 writer Charles Soule adopts a no frills approach. Poe Dameron is not the obvious candidate for his own series yet Soule presents a workable story. It’s a very typical Star Wars tale: one person, desperate odds, fate of the world depends on him. There is never a hint that Soule wants to reinvent the franchise. He takes what has proved successful for Star Wars over forty years and sticks to the formula. There’s no gritty origin, no intense character story. Dameron’s a good loyal pilot with a gift for the clandestine. His greatest gift is making everybody believe it’s all going to be okay. You get this through Phil Noto’s art too. Poe is drawn to resemble actor Oscar Isaac’s features and expressions very closely. Fortunately Isaac was blessed with an expressive face, so half the work’s done. Noto’s art is sharp, bright and detailed, characters carrying themselves well. Leia has a regal dignity, authority and poise resonating from her. She’s Noto’s best likeness capture and the perfect picture of a pop culture icon. The droids and star-fighters look great too. The panel layouts are very creative, focusing attention on the characters. Not everything works well. Giant space critters don’t impress, and action sequences can be stiff, but the majority of the art looks fabulous, crisp and colourful. It’s also better in the second half than the first.

There’s an extra little story titled ‘SaBBotage’ written and illustrated by Chris Eliopolous. It’s a short cartoon featuring droid BB8 playing matchmaker, energetic and charming. It doesn’t add or detract from the story so its a little but of extra fun thrown in.

This is a straightforward plot, Soule holding interest by harnessing a natural ebb and flow to developments. He’s building a foundation here, a tactic apparent on reading Vol. 2. Black Squadron is enjoyable, looks great and the story’s almost guaranteed to entertain. It’s pure Star Wars fun for a diverting evening’s read. The stakes get higher for Poe Dameron and the Black Squadron in Vol. 2: The Gathering Storm. 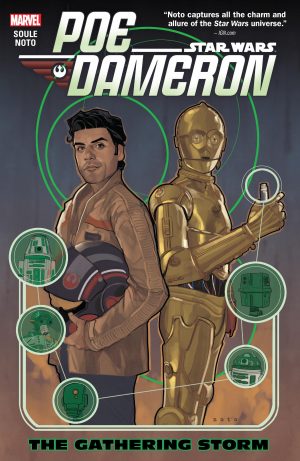 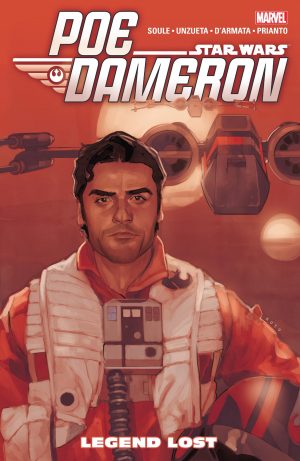 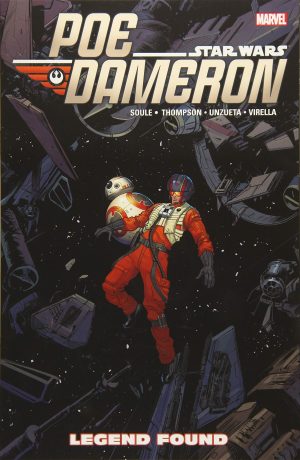 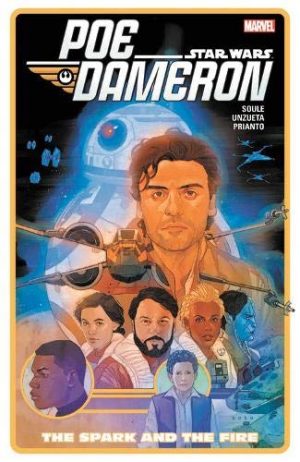