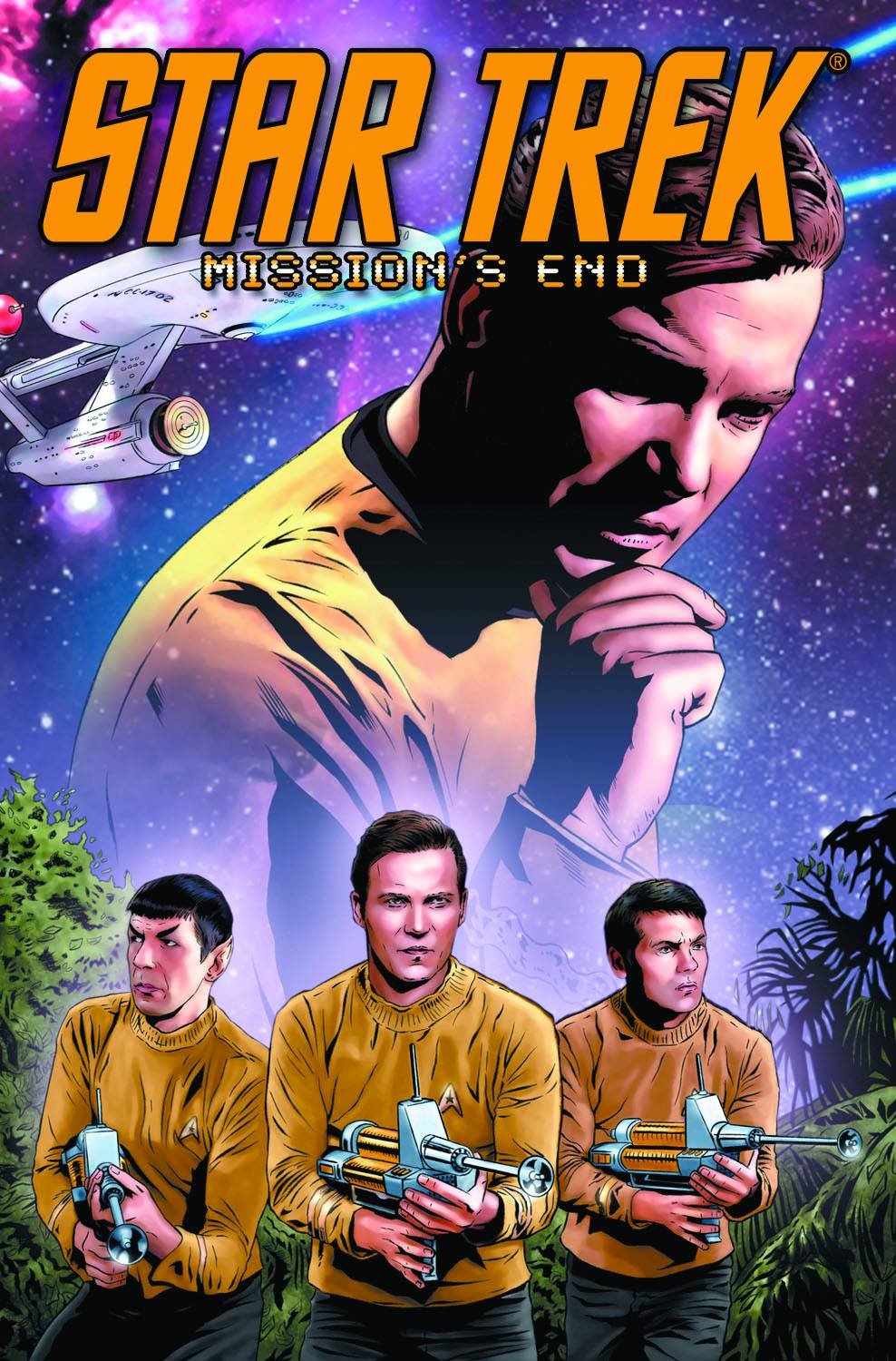 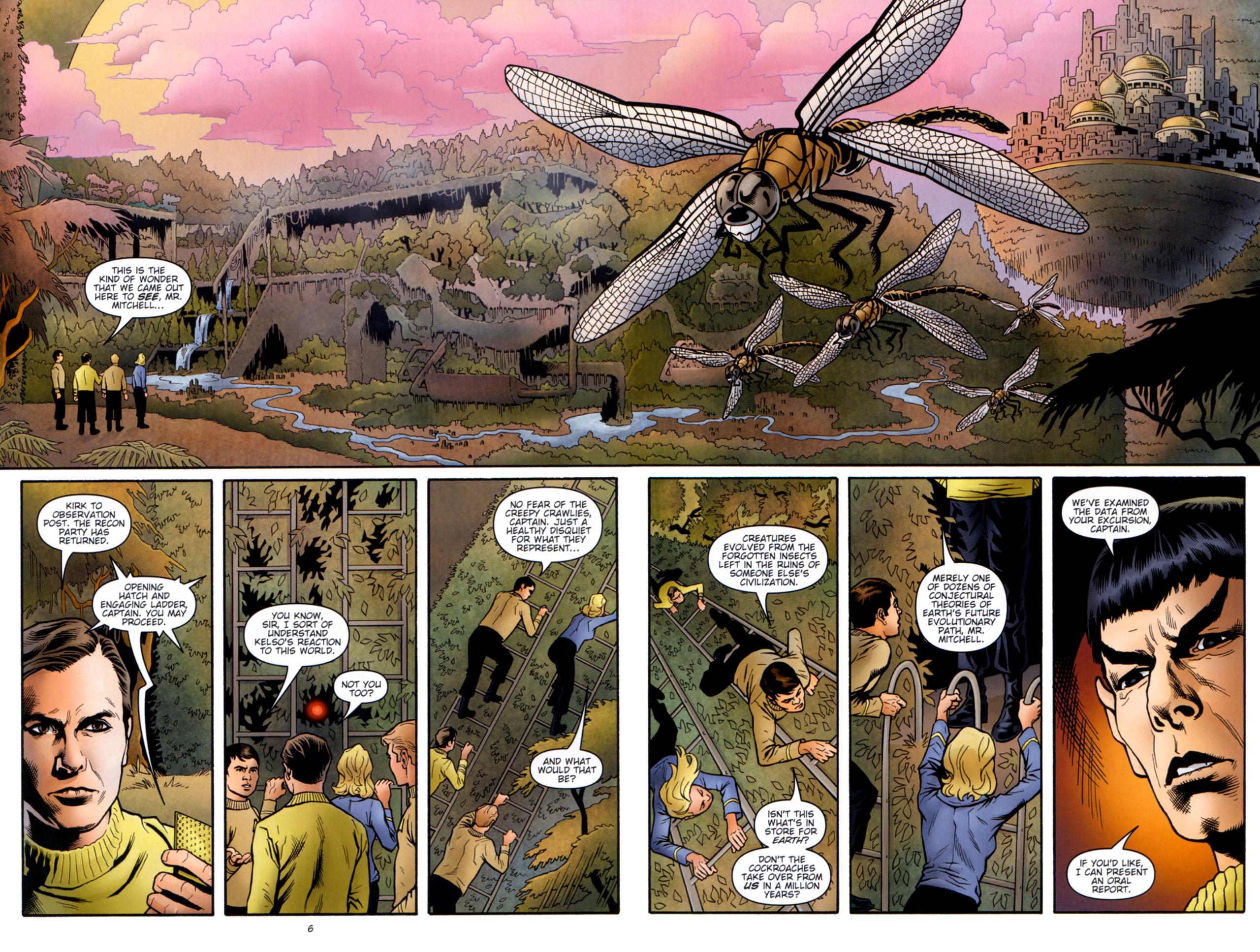 This is Star Trek classic, featuring the original Enterprise crew in their 1960s incarnations. While not immediately apparent, this bookends their televised five year mission, taking in the very beginning as they arrive at what’s believed to be a space station constructed millennia previously by a race of giants who’ve long departed. Such was the reliability of these beings’ construction that life support services have continued to perform their function, and insect life has evolved, but on the scale of former human inhabitants.

Giant spiders the Archenarians are the dominant species, but with a cruel disregard for other lifeforms in their environment, who are enslaved and others killed and tortured for sport. The Enterprise mission is to observe the society and assess their suitability for Federation membership. This all occurs with a novice Enterprise crew just becoming acclimatised to each other.

The second chapter opens as the Enterprise returns to Archenar IV to conclude peaceful formalities almost five years later in what’s to be the final mission of their five year cycle. By then writer Ty Templeton has embedded an interesting selection of political conflicts within the plot. Archenar IV is a resource rich location also hosting possible medical cures, there are disagreements within the ruling family, and although they don’t realise it yet themselves, the discarded technology on the station they occupy is enough to change the balance of power in the galaxy. The diverse opinions on possible solutions are played out via heated discussion on Doctor McCoy’s part with a more stoical Spock. Templeton cleverly escalates the various tensions in what could be read as a metaphorical jab at real world politics, and avoids easy solutions to the problems he’s set in motion by quoting Starfleet regulations regarding non-interference in domestic cultures.

A stiffness to the figures characterises Stephen Molnar’s art, while he’s better at some cast likenesses than others, never quite capturing William Shatner. He does enough, though, to keep the pages turning and the plot moving and becomes more imaginative as the story continues. As does Templeton, and by the time the final chapter approaches it appears he’s set too much in motion to be concluded in satisfactory fashion, yet everything is pulled together logically.

All that then remains is to fill a small gap linking the end of the animated series and the start of the movie franchise in 1979. Mission’s End isn’t the best illustrated Star Trek comic to be found, but anyone with a fondness for the cast should find it warm-hearted fun that’s true to the cast and avoids dropping into saccharine sentimentality. 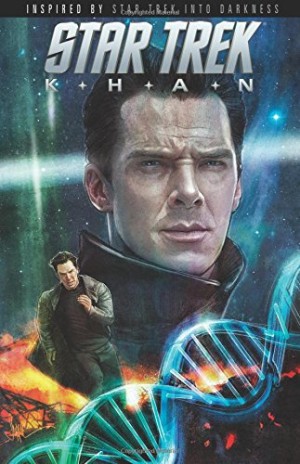 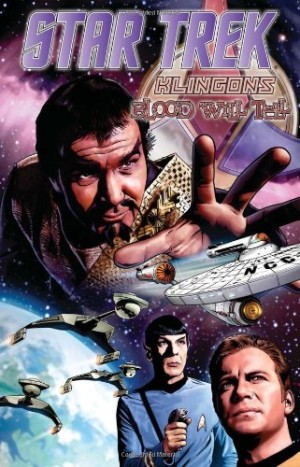