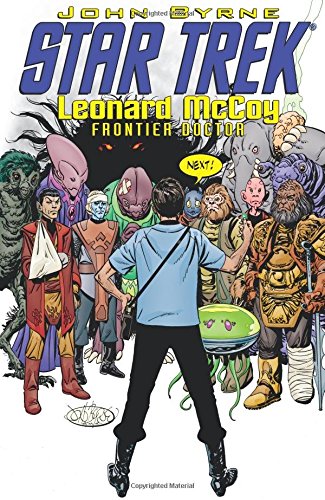 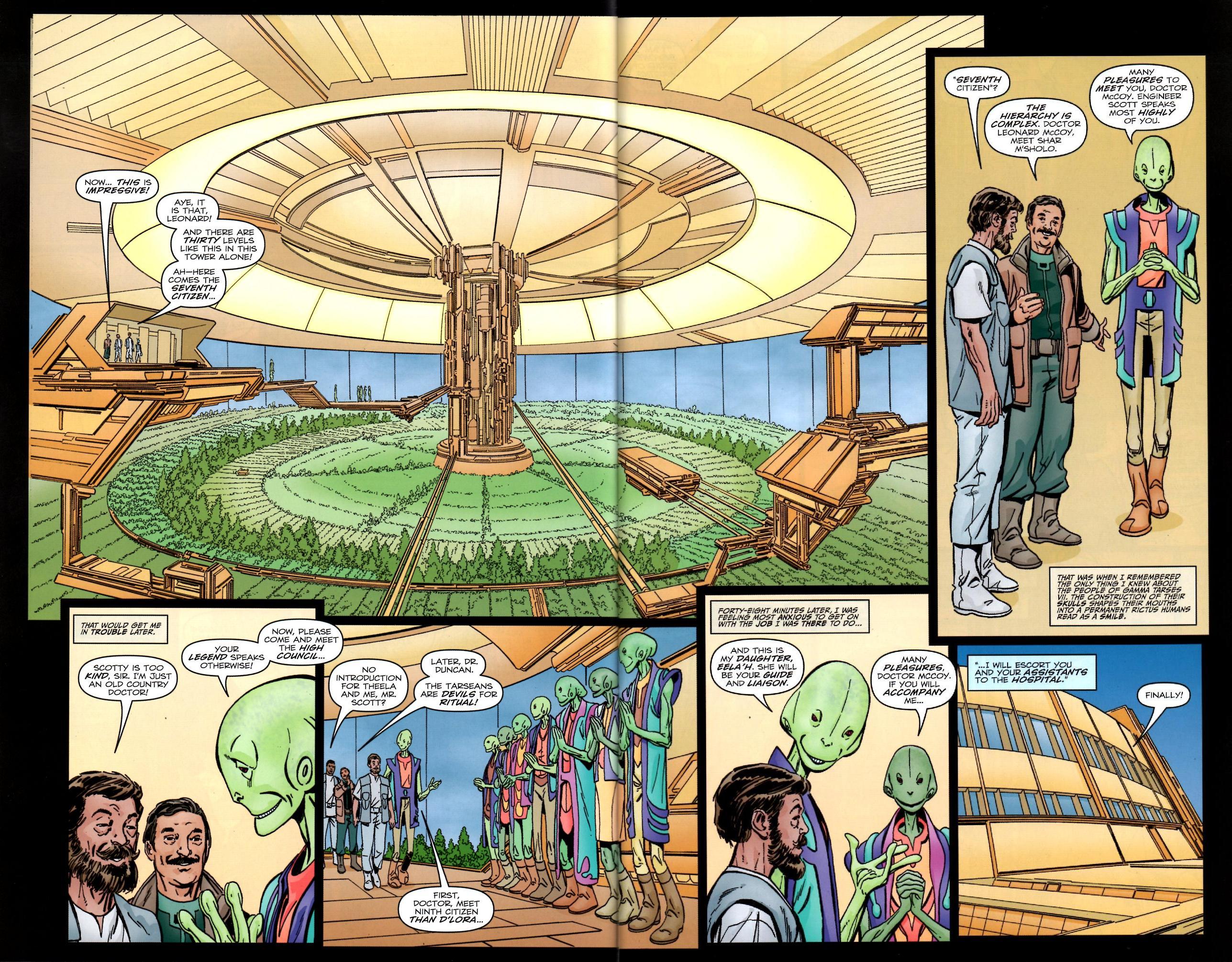 Frontier Doctor is set in the era of the original Star Trek films, with Kirk an Admiral and Leonard McCoy no longer ship’s doctor. As the title suggests, in his post-Enterprise days he’s applying his vast medical expertise to areas on the Federation’s borderlands. Although there are connecting threads, Frontier Doctor is five separate stories starring McCoy, all of them imaginative, enjoyable and offering other familiar faces.

John Byrne has been so good for so long that it’s possible to take him for granted. Yes, he can hack out stuff when he’s lost interest, but when he is interested those years of experience enable him to pull rabbits from the hat time and again. The professionalism is apparent over the first ten pages in which he eases us into the opening story. He supplies a pleasing Kirk cameo while simultaneously conveying McCoy’s crotchety personality, moves the spotlight to McCoy, introduces two new characters central to events, and then deposits them in the required location to supply the mystery. It’s all very smooth, and by the end of this first story he’s even slipped in a tenuous connection with the 1960s TV series.

The second amusingly details McCoy’s rising frustration at adherence to protocol in the face of death amid a fine puzzle and Scotty also appearing. Then we have a civilisation advanced beyond the technological level it should be, this featuring a character Byrne uses in Assignment Earth, and a disease aboard a starship exponentially increasing the brain power of crew members, but ultimately to detrimental effect. The final tale considers the ethics of altering the past. The third is a little too bogged down and overcrowded in attempting to shoehorn in other characters, and so the weakest of what’s provided, but it’s still unpredictable in dragging us through to the end. Beyond that Byrne uses the established technology of the Star Trek universe to explore some surprising new applications.

Byrne’s always had a very approachable graphic art style and a storyteller’s instinct that’s refined over the years. He presents an older McCoy with beard who’s consistent throughout, but has a little more difficulty in defining Scotty. It doesn’t matter, though, as what he provides in the remainder is just fine. Each of the three longer stories has an excellent two page spread, and while he can resort to visual shorthand, it doesn’t occur often. 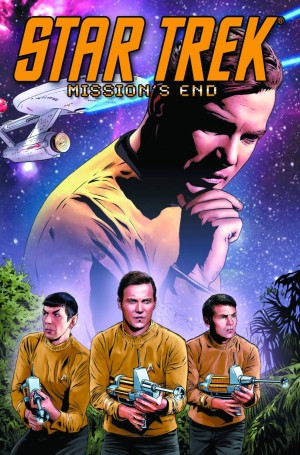 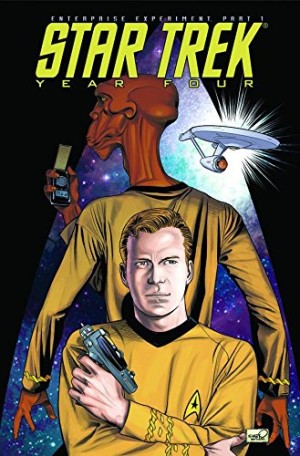