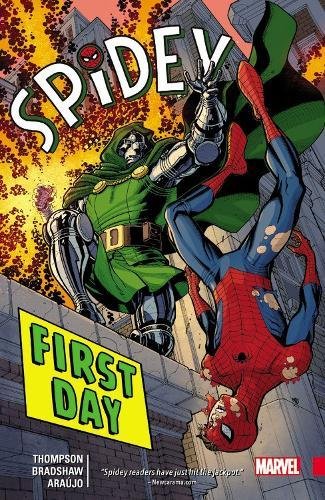 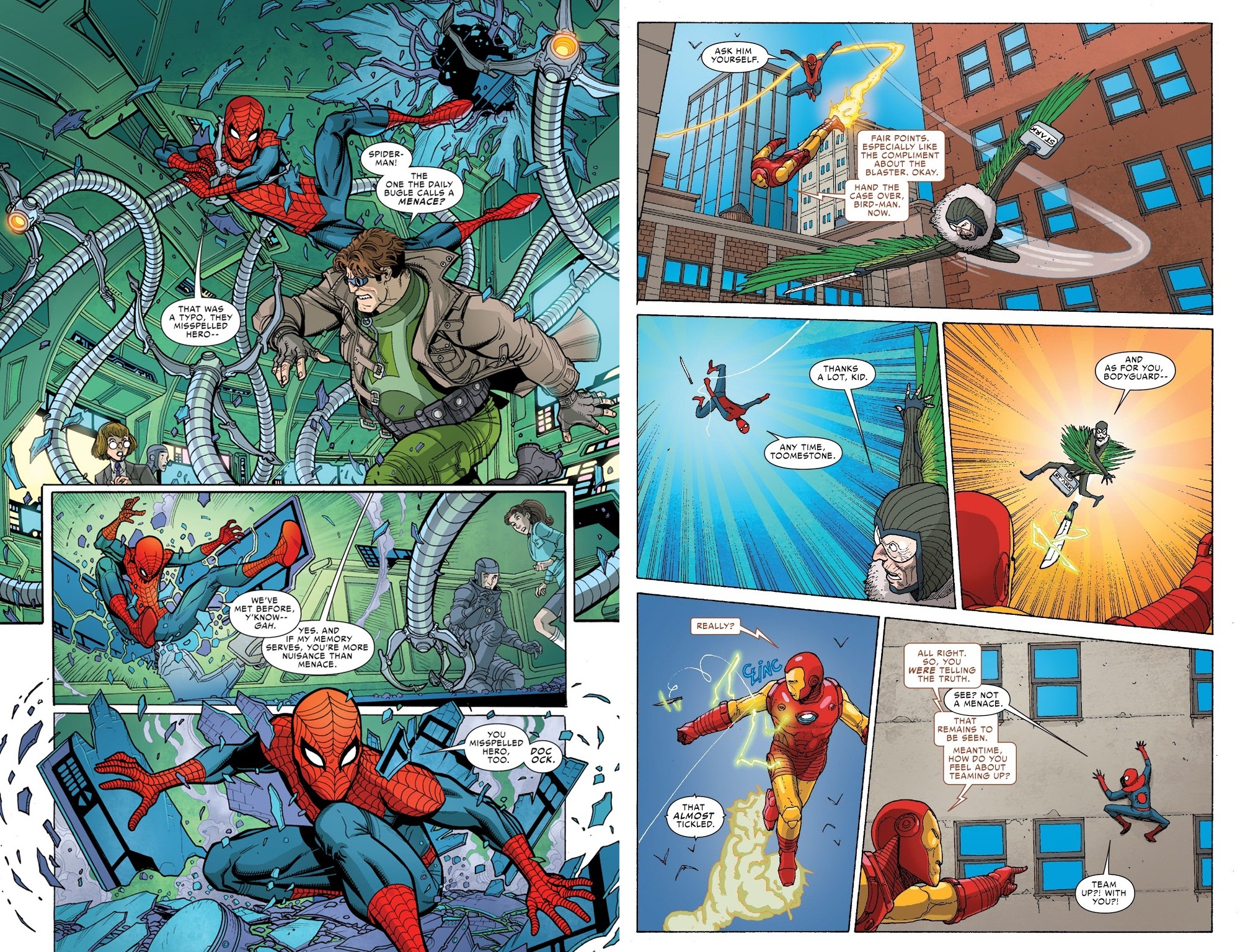 In the real world Spider-Man’s high school years were the 1960s, and checking those Marvel Masterworks reprints shows even with the peerless art of John Romita they’re now looking of their time. Starting in the 1990s, then, Marvel has made several attempts to nudge those high school years forward in series intended to connect with current teens. Spidey: First Day therefore continues what’s now a relatively longstanding tradition. Under Robbie Thompson and Nick Bradshaw Spider-Man’s early career occurs in a world of cellphones and a multicultural New York.

There is no origin replay, except in passing for explanatory purposes, and we pick up with Peter Parker attending school with Harry Osborn, Gwen Stacey and Flash Thompson. Spider-Man’s already met most of the foes who’d plague him his entire career, and Doctor Octopus, Sandman, the Lizard, the Green Goblin and the Vulture duly appear. The only surprise is Doctor Doom, although even that echoes one of the earliest Spider-Man appearances.

It’s the Doom appearance where Thompson begins to grade ahead of the curve. Bradshaw draws an awesome Doctor Octopus, Sandman and Lizard, but Thompson is still feeling his way before Doom. The earlier material is decent enough Spider-Man, with superhero battles and viable use of the supporting cast, but they don’t offer anything new to regular Spider-Man readers. While conceding that’s not the target audience, meaning the content would be ranked higher by anyone relatively new to Spider-Man, the Doom encounter has some originality to it.

Art duties are split between Bradshaw and André Lima Araújo, each drawing three chapters, and each good, but using very different styles. Bradshaw is busy. There’s very little space in his panels not taken up with some detail, be it a fully rendered kitchen down to the view outside the window or the crumbling plasterwork as Doctor Octopus makes his entrance. Araújo makes greater use of space, but without making it look as if he’s skimping. He has a tendency toward heads that look a little large, but also an ability to generate visuals that Bradshsaw wouldn’t come up with.

A Green Goblin story has its moments, but Thompson strikes gold again when the Vulture tries to rob Stark Industries. Thompson prioritises Spider-Man’s teenage uncertainty throughout, but here has him summon up the confidence to do the right thing even when it means blowing off Iron Man. How their relationship develops from there is neatly handled.

Thompson plotted the Spidey adventures to cover an entire school year, and they continue in After School Special. Alternatively the entire series is available as one slightly smaller format collection titled Freshman Year. 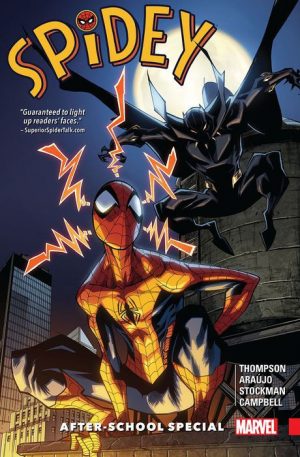 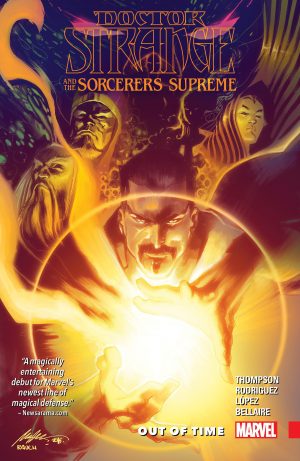