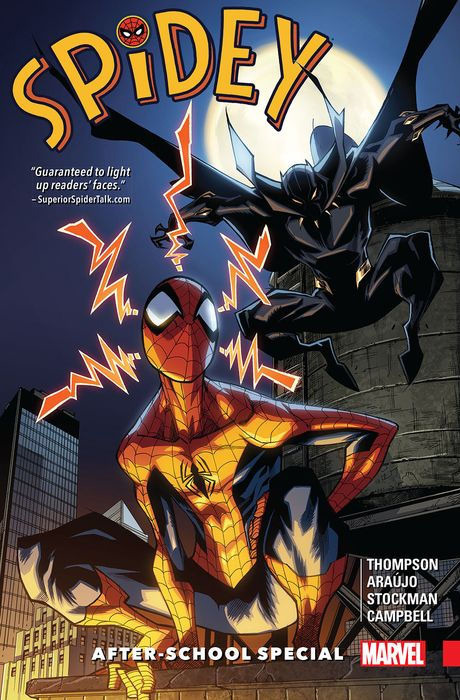 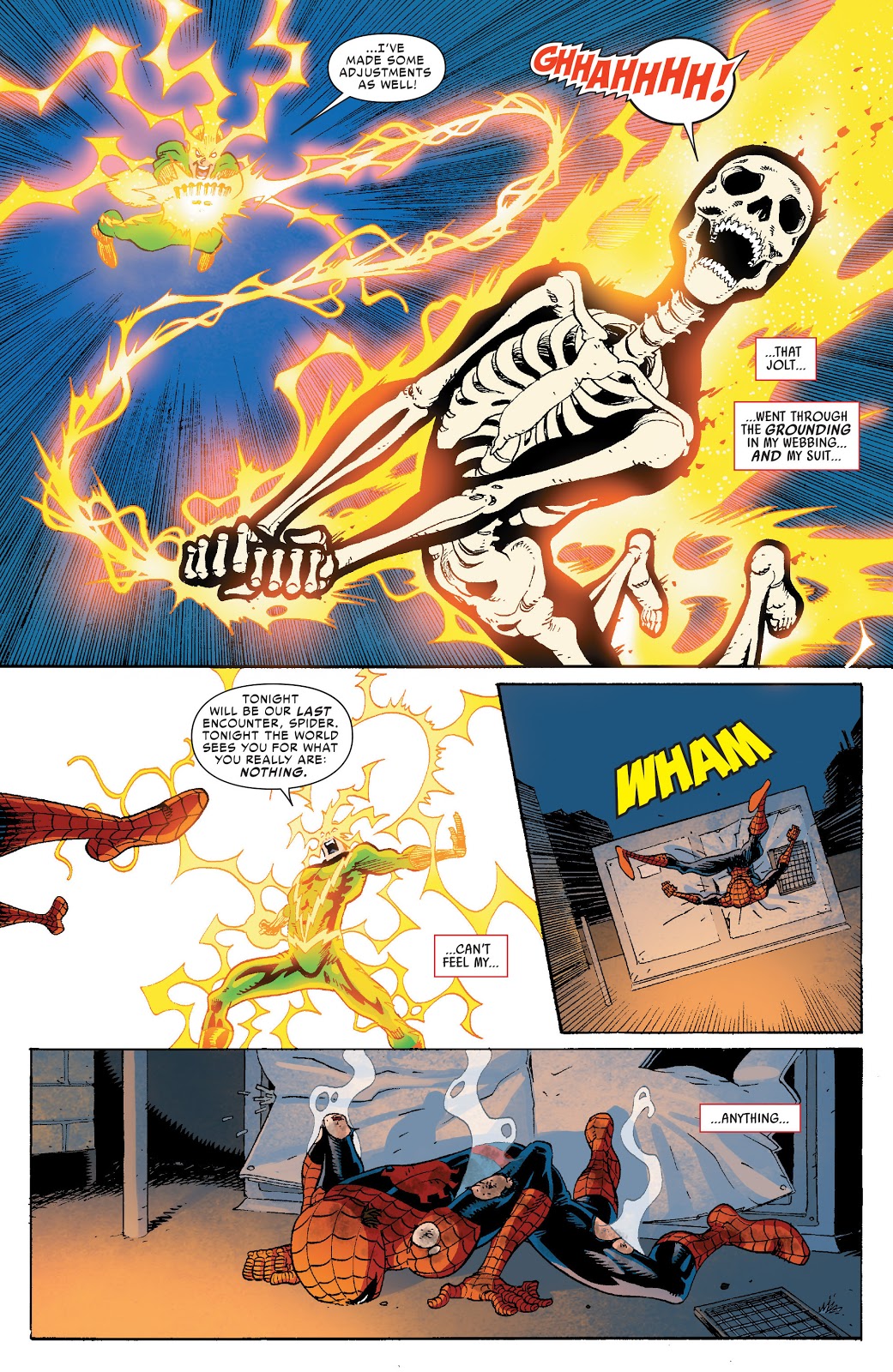 A second dose of Robbie Thompson looking back at Peter Parker’s high school days is very welcome. Thompson nails the sympathetic mixture of Parker doing right, but somehow never quite managing to have things go his way, yet his spirit is never permanently dampened.

In First Day Thompson opened and closed most stories with Peter Parker, but beyond that there wasn’t much of a role for his supporting cast. That barely changes. The possibility of a relationship with Gwen Stacey remains in two steps forward one step back territory, while Aunt May is barely seen beyond one great heart-touching scene. At least there’s a few good J. Jonah Jameson moments this time. The lack of interaction would disappoint if Thompson weren’t so strong on the Spider-Man action. While taking the occasional plot point from the 1960s run, he otherwise distances these stories from that other than the expected use of Spider-Man’s villains. A plot thread referenced in most chapters is the villains uniting as the Sinister Six, and that pays off nicely in the final story. There are also guest starring roles for the Black Panther and Captain America, his being the better piece as Thompson addresses the idea of Spider-Man’s heroics always being misinterpreted as menacing.

Previous artist André Lima Araújo only draws the opening Black Panther story, but visually emphasising the cat aspects of his make-up doesn’t exactly give the Panther the imposing stature he should have. Nathan Stockman, artist for the remaining five stories, takes the art nearer a conventional 21st century Spider-Man look, with some cartoon exaggeration to facial reactions, but strong action sequences and good full page pin-ups.

Thompson keeps the Sinister Six plot on the bubble until the last chapter, when they finally make their move. This is some piece of storytelling. Thompson spends the first few pages wrapping up Peter Parker’s social life, leaving only twelve pages for Spider-Man to deal with six enemies who’ve all previously given him trouble, and who’ve been testing him to discover weaknesses. Thompson doesn’t short change on the action, wrapping up everything neatly and satisfyingly. Spidey ends here, but it’s been a fun run. 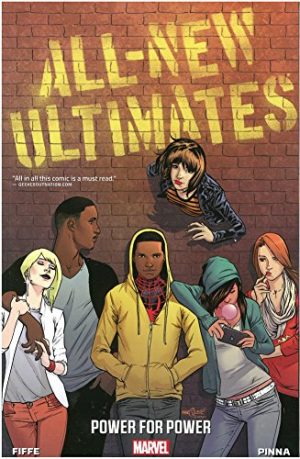