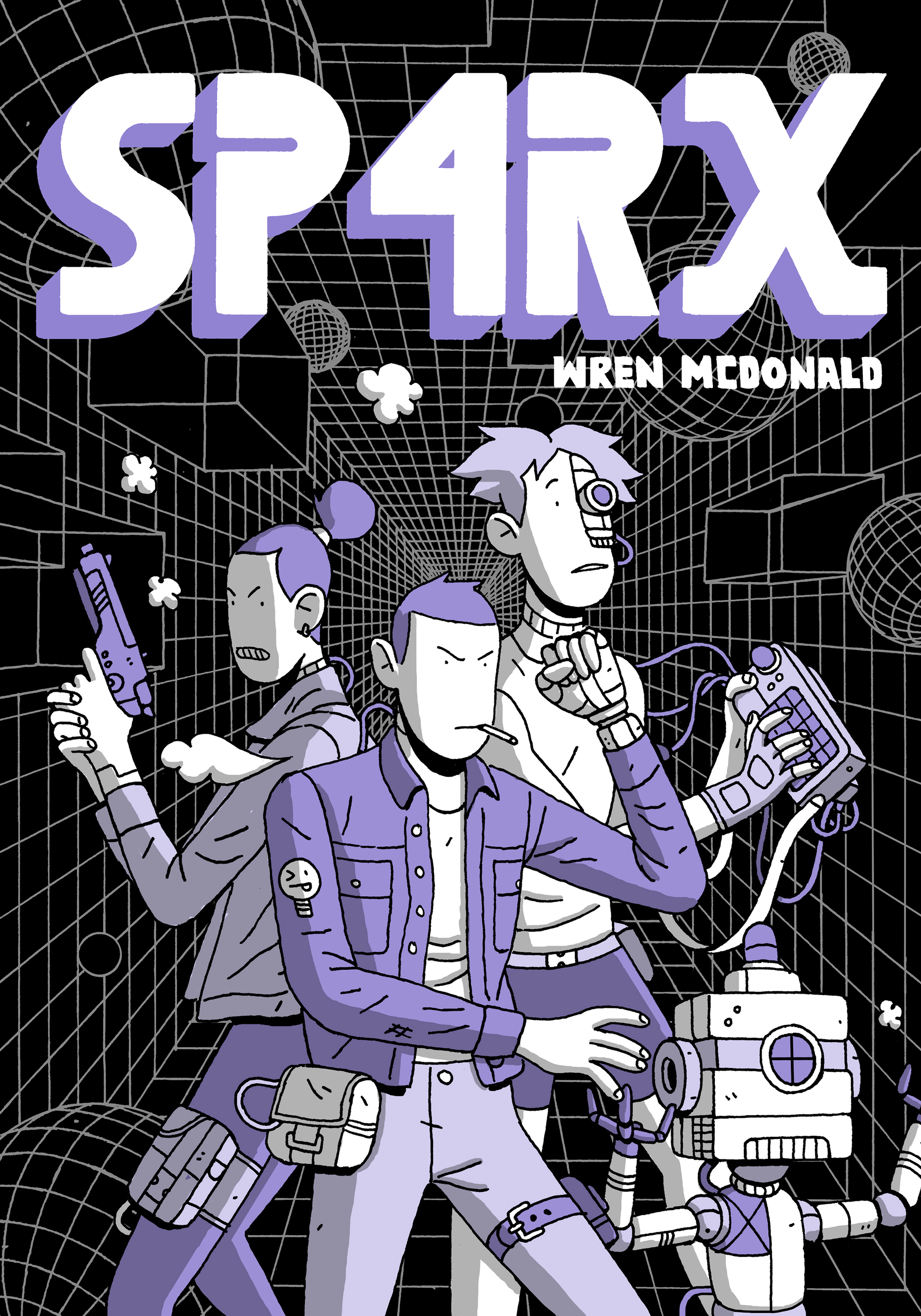 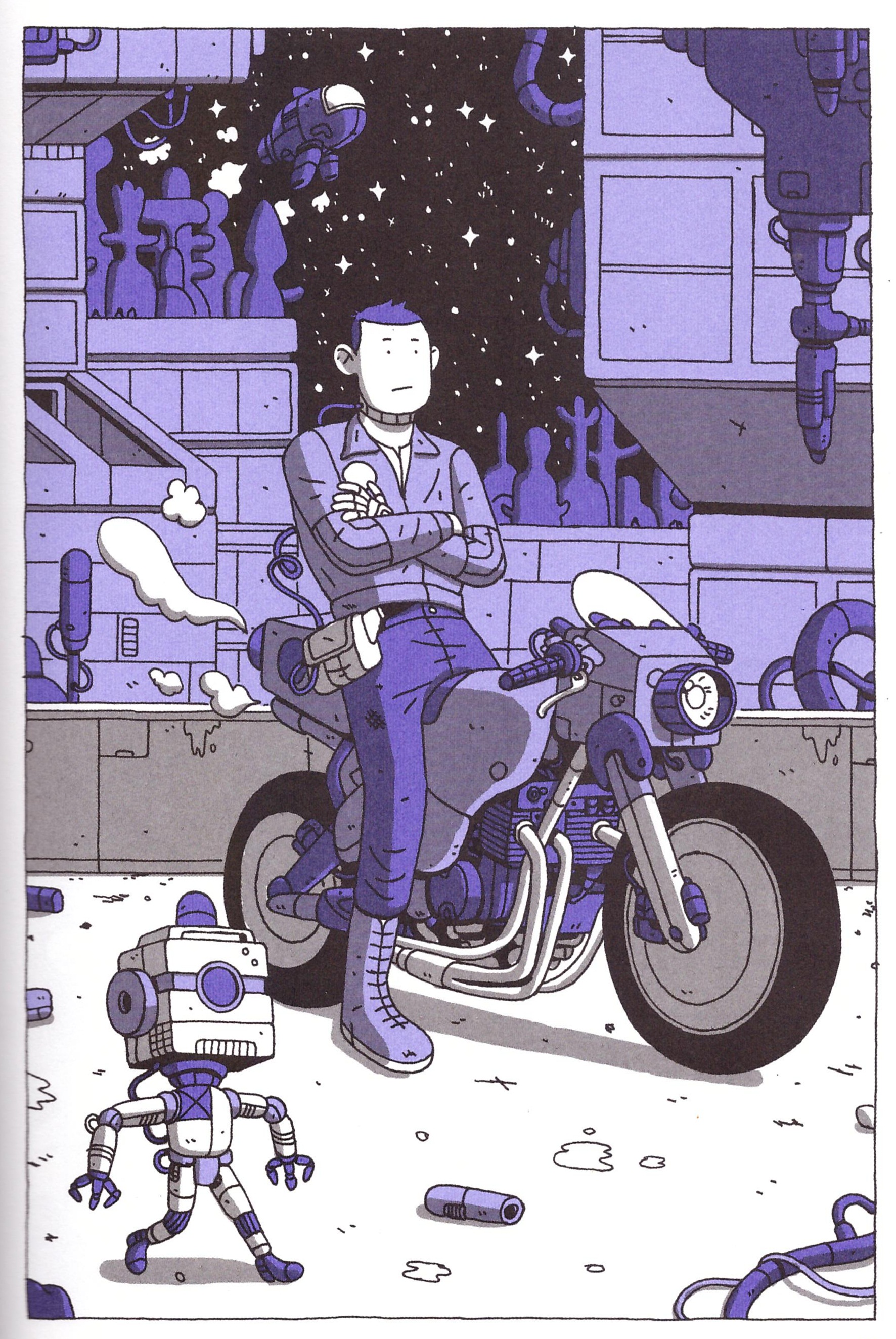 Sp4rx is an extremely effective hacker and robotic engineer living in a future society where robots mingle with humans and cybernetic body parts are commonplace. He’s takes on tasks for others, but applies a caution, rejecting profit if he considers his safety will be endangered, yet these tasks involve more than just accessing a terminal. Sometimes that connection is well guarded, or remote.

Wren McDonald’s friendly, simple, yet detailed, cartoon style might suggest a young adult graphic novel, but some scenes suggest otherwise, with the visual ephemera of BDSM commonplace. This is among some social commentary about the way companies do business. The background to the society in which Sp4rx operates is revealed in a series of one page snippets portraying video advertising and debates. Cybernetic parts are cynically marketed as the means for the impoverished made redundant by the prevalence of work droids to compete in the work marketplace. The reality is 36 hours shifts for breadline money while the company owners increase their personal wealth. The humanist/socialist distillation of Economics 101 isn’t quite as simple, and exemplifies the oddest aspect of Sp4rx, which squirms away from definitive categorisation. For every piece of comedic sloganeering like “Join us in the fight for justice! Help us expose the diseased underbelly of the bureaucracy!!! And in turn we can return freedom to the people!!!” there’s a nice character touch such as the small silent robot that scavenges parts to upgrade itself. At times the social satire is heavy handed, such as an obligation set on individuals to contribute to the greater good, and at others quite subtle.

Another anomaly is that a story extrapolating the potential future of current computer technology is largely drawn in a very flat two dimensional style. It’s entirely suitable, and brings to mind the deliberately retro simplified design of Eboy, and like them McDonald’s not shy of referencing influences. At one point Sp4rx steals a bike, bringing Akira to mind, and there are other such moments, but they don’t overwhelm the main story.

It’s a lot of fun, but Sp4rx falls down in a couple of respects. Sp4rx himself is the only member of the cast fleshed out beyond the two dimensions of the art. He’s provided with motivation, and he progresses from his introcution, while almost everyone else is there to say their piece and little more. The use of the video bursts has a purpose to begin with, but if left to that alone they’d be anomalous, so continue to punctuate the story with lesser relevance to the point where they seem to be padding. The ending comes as a surprise, however, tying in nicely with what otherwise appeared to be random moments. Sp4rx is flawed fun, but McDonald’s next work is going to be worth watching out for.