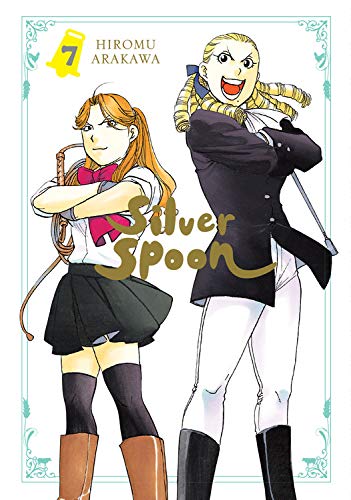 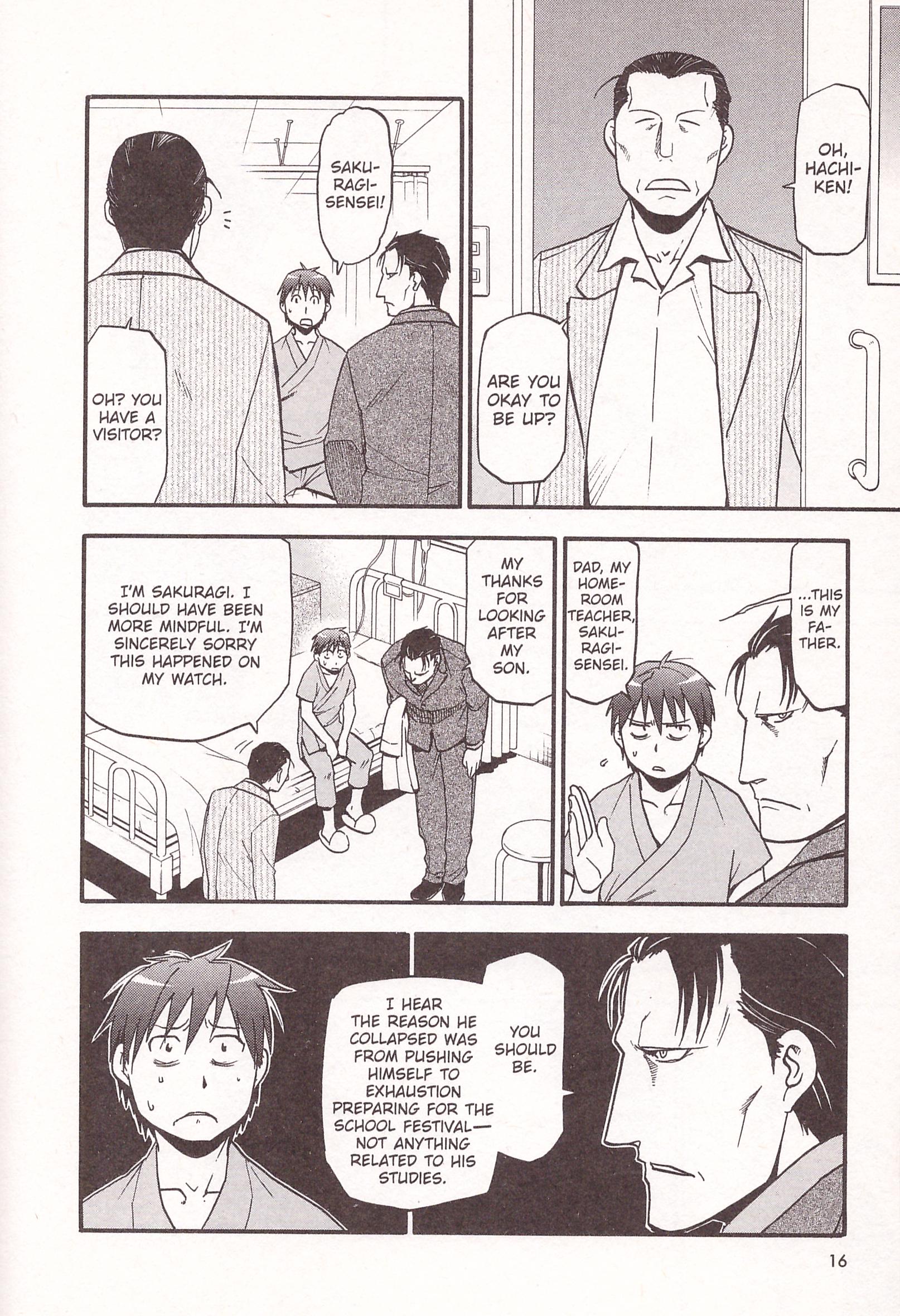 What little we’ve learned of Yuugo Hachiken’s family has been largely in passing over six previous volumes. We’ve met his slacker brother Shingo, know Yuugo chose agricultural college to remove himself from a competitive school environment, and that he avoids going home during term breaks. He’s been working so hard to make the agricultural festival a success, that he’s neglected his own health, and toward the end of Silver Spoon 6 he collapsed from overwork. The volume ended with his scary looking father coming to visit him in hospital. Hiromu Arakawa teases with the opening pages, spending them at the festival, delaying what we really want to see, but when we finally get to meet Hachiken Senior properly, he’s every bit the cold, domineering autocrat he looks. It’s heartbreaking. It does, however, finally make sense of Yuugo’s rebellious and unconventional brother Shingo, who’s been a puzzling presence in earlier volumes.

Having provided what’s the most directly emotional chapters in the entire series, Arakawa lightens up with the fun had at the festival, although even that has a poignancy toward the end. Silver Spoon 6 finally introduced the first stages of the romance every reader surely knew was coming, and Arakawa handles that with same sensitivity she applies to any other matter concerning human feelings. The way she prevents the inevitable via awkwardness and fear is beautifully played out, Yuugo and Aki constantly contriving to avoid taking that final step to becoming closer.

Ichirou’s pitching for the baseball team provides the other primary plot thread, the school taking part in a prestigious tournament. Arakawa creates great comedy from this via the students wanting to watch the game, which is televised, but farm emergencies interrupting Yuugo’s enjoyment. Following this section requires some knowledge of baseball rules and tactics, fine for the American audience, but not so easy for readers in other English speaking countries. Via the intercutting artwork and the expressions on faces Arakawa manages to transmit what’s at stake anyway, and there’s a nice touch from Ichirou at the game’s end, but that leads into a shock finale open to interpretation. To be continued in Silver Spoon 8. 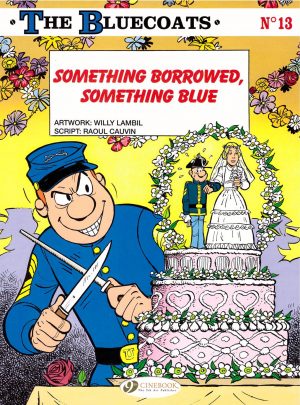