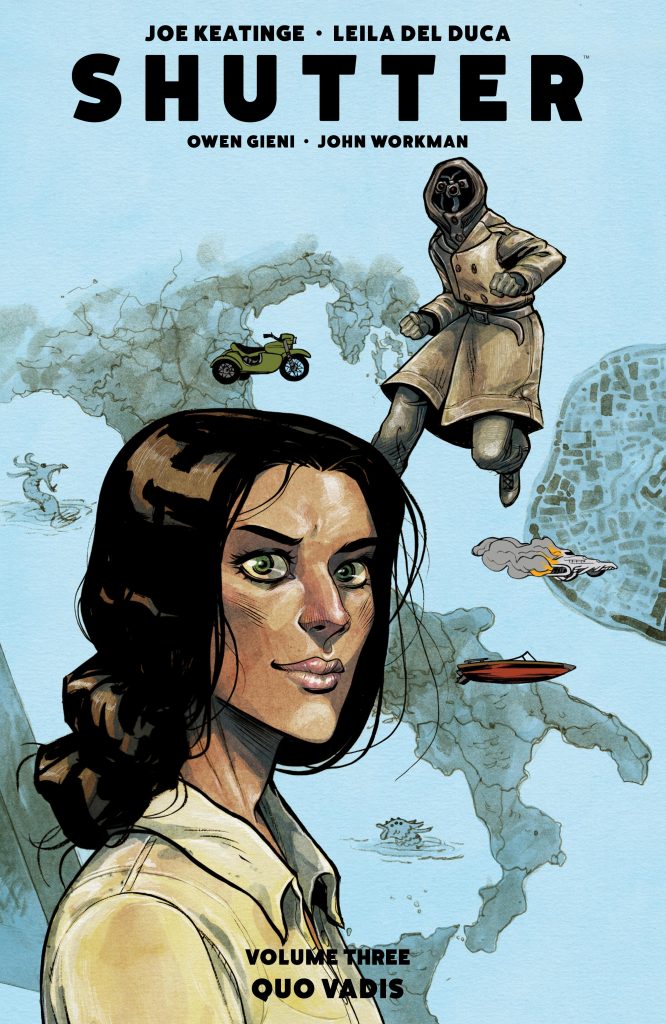 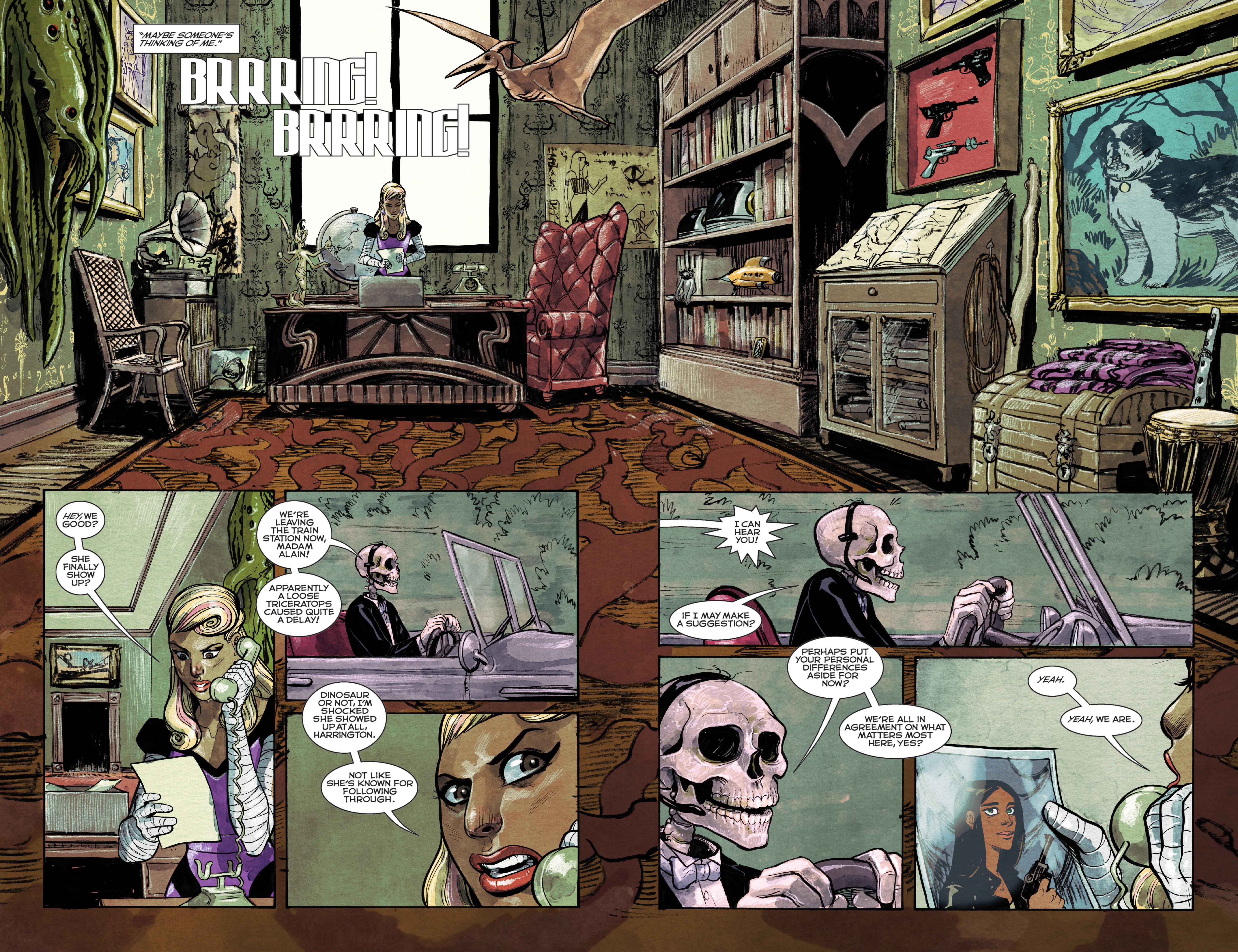 Sometimes the truth isn’t what we want to hear, and Kate Kristopher learned that almost everything she believed about her past, her upbringing and her heritage was wrong. However, on rejecting what was planned as her destiny she was booted from a mystical world back into her own, deposited in Venice, but crucially with her memory wiped. See Way of the World for the full details.

It’s now several months later, and Joe Keatinge and Leila Del Duca craft a fantastic opening chapter, packed with ideas, impressive art and tortured circumstance. Kate keeps a journal, but her memory remains absent. However, in a magical world the absence of memory from the head doesn’t mean it isn’t present somewhere, and that’s a great idea. And if you thought Keatinge was finished dropping secrets reconfiguring Kate’s past, you’d be wrong. Maybe Quo Vadis reveals the whole truth, and maybe it doesn’t, but it certainly supplies a different perspective.

Del Duca creates a spread for every chapter. They’re all different, and they’re all great. It might be an escape across the city, a once grand place now decayed, a posed group, or as the sample art, a scene intended to display wealth and power. Every single one is a piece of art that not only contributes to the story, but one to be studied and enjoyed. That’s not to say her ordinary pages are to be sniffed at. There’s a constant sense of movement about them, the looseness of the style helping a lot, and del Duca constantly called on to design something new delivers wonderful results.

It’s not apparent from the start, but much of Quo Vadis takes place in Leonis, a culture of humanoid cats. We’ve already met Shaw, who’s proved quite the nuisance, but he’s painted in a very different light when he returns home. The Leonis sequence is the guns blazing, action thriller plot to contrast the more reflective remainder, yet it simultaneously moves the story forward, evolving a new sense of purpose.

Shutter began with Kate Christopher, but continues introducing interesting characters and Keatinge follows them all. In the manner of Game of Thrones, it can require a memory jolt when someone returns, but go with the flow, because much like Game of Thrones, those little details are ultimately rewarding. Keatinge has a big canvas, a big plan and a big imagination, and Shutter is now an exhilarating ride. That continues with All Roads.