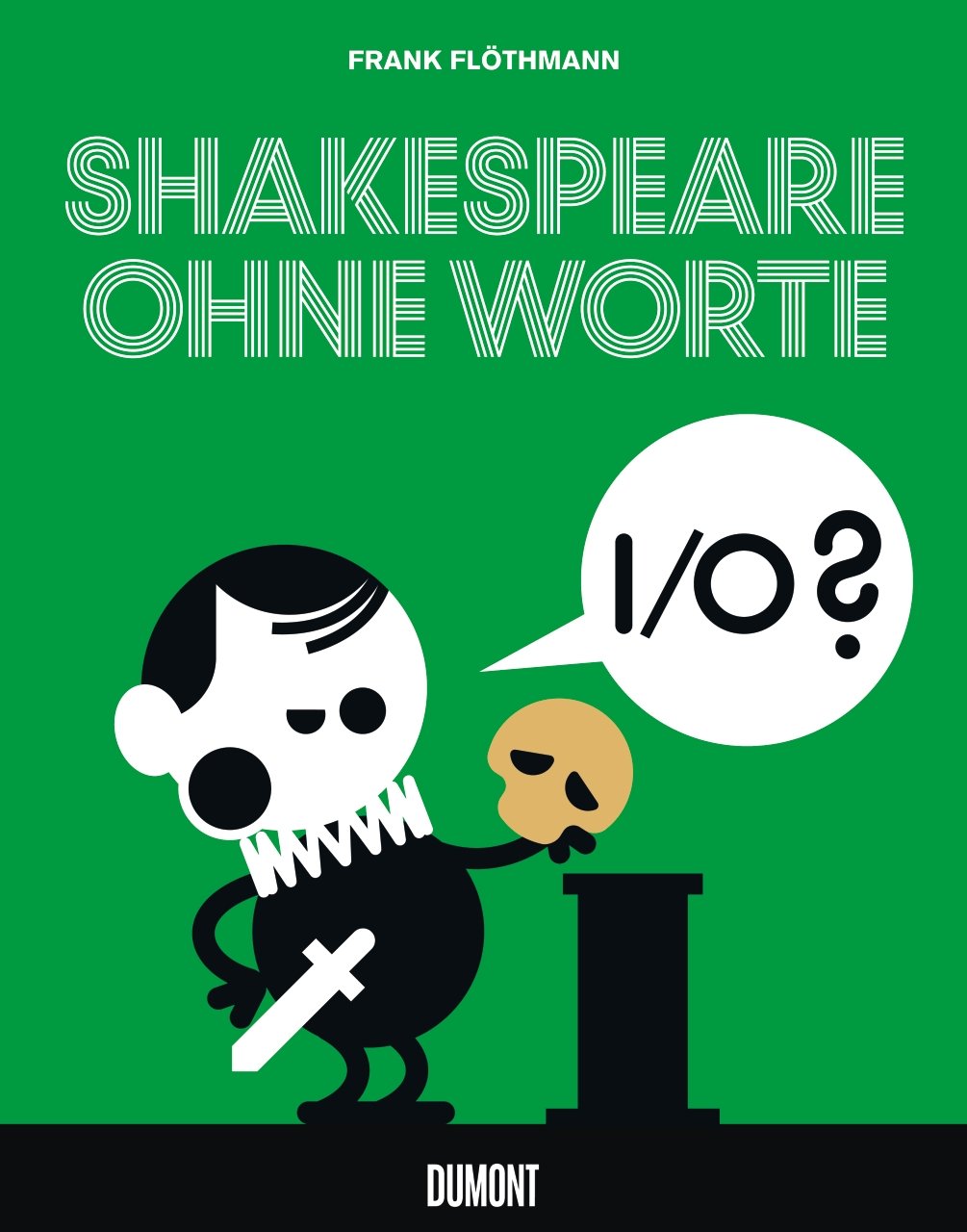 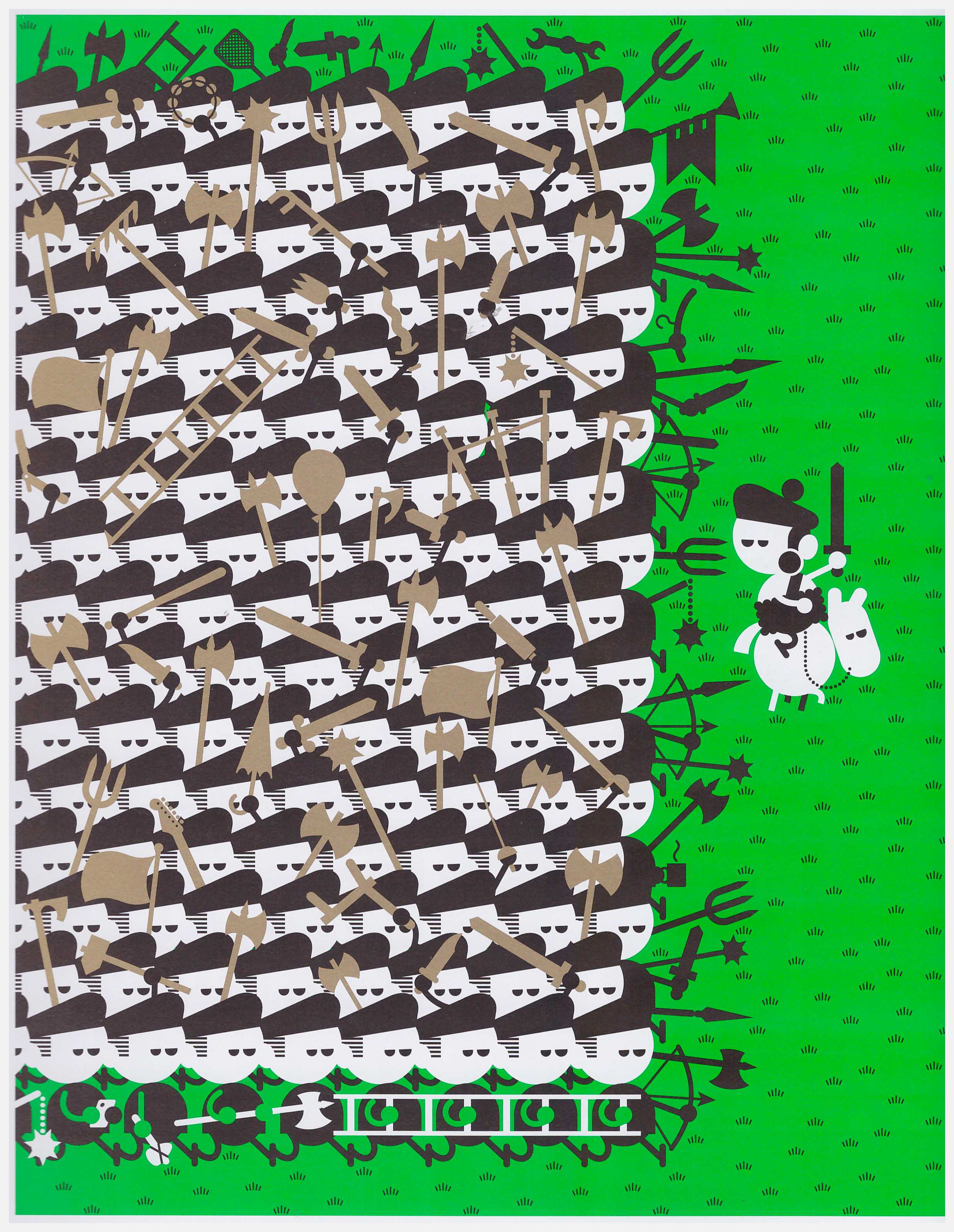 For several years now Frank Flöthmann has been producing comic strips without words, using a very adaptable pictogram design style to convey all required information. It’s extremely surprising that as yet there are no English editions. Don’t let that put you off, after all, there’s no translation involved. Grimm’s Märchen ohne Worte (Grimm’s Fairy Tales Without Words) did what it said on the tin, and Shakespeare Without Words is even more impressive.

Having mastered his form, Flöthmann has now begun playing with it. Conveying the complexity of Shakespeare without words isn’t possible, and some would say pointless, so we’re given the bare bones plots of five tragedies, but Flöthmann grows ever more playful and confident as the book continues. Macbeth and Hamlet are played relatively straight, and The Tempest is as nutty as the original. By the time we reach the final Othello Flöthmann’s playful imagination is running riot, recasting the protagonists as masked crimefighter and villain. Romeo and Juliet is treated as if one of those books where each decision you take leads to an alternative outcome, and if you make the wrong choice it ends the story. Purists may resent these extra layers, but then they’d also resent the format in its entirety.

Unlike previous work, the complexities of the plots ensure that more thought has to be applied in the reading, and it probably helps to have a basic familiarity with the original plays, but the style and shortcuts are rapidly assimilated. As in previous books Flöthmann utilises an extremely limited colour scheme, in this case black, white, green and gold, but there’s a difference as the colour is incorporated into the storytelling. We sometimes follow two simultaneous narratives, one indicated in green, the other in gold.

Flöthmann’s art has also progressed, and there are some great full-page illustrations packed with figures. The closing page of Othello depicts a prison yard full of convicts up to all sorts of activities, but that pales beside an earlier spread of a prison riot. The way in which Flöthmann inserts moments of visual whimsy bears comparison with Where’s Wally/Waldo and their ilk. That prison riot features dozens of convicts with an almost identical pose and expression, yet each has a unique element to them. They carry assorted weapons, one is spitting, a couple smoking, and there are also incongruously bizarre figures pushing a supermarket trolley or one pulling another in a cart.

Shakespeare ohne Worte is a remarkable achievement with a universal reach. True to the original plots, it’s witty, brilliantly conceived and executed fun deserving of a far larger international audience. 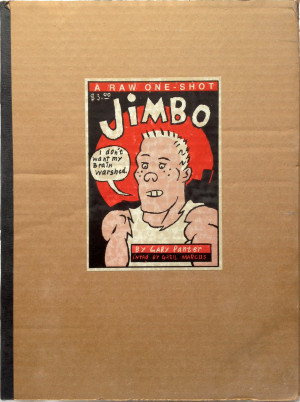 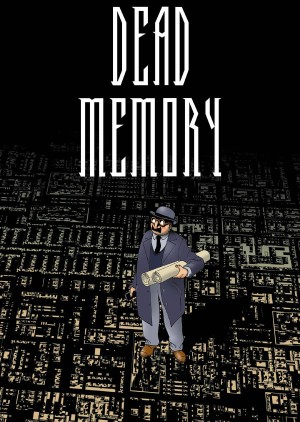 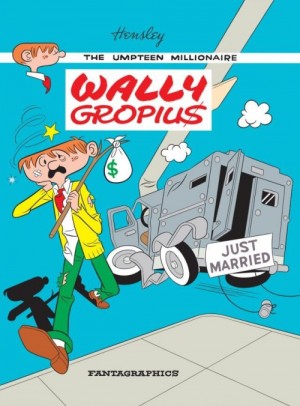