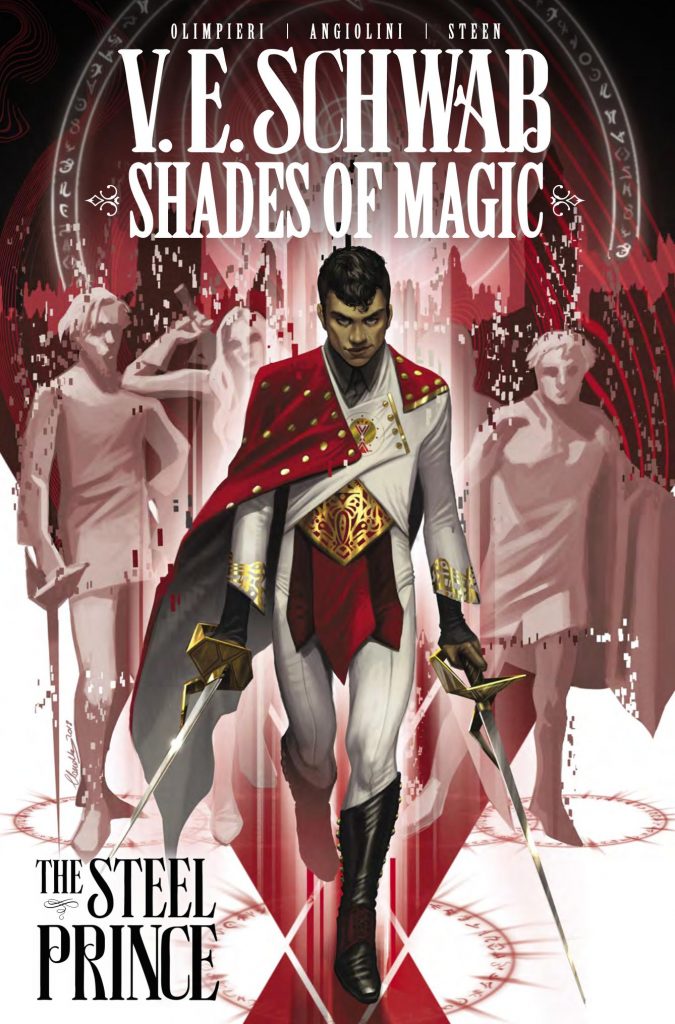 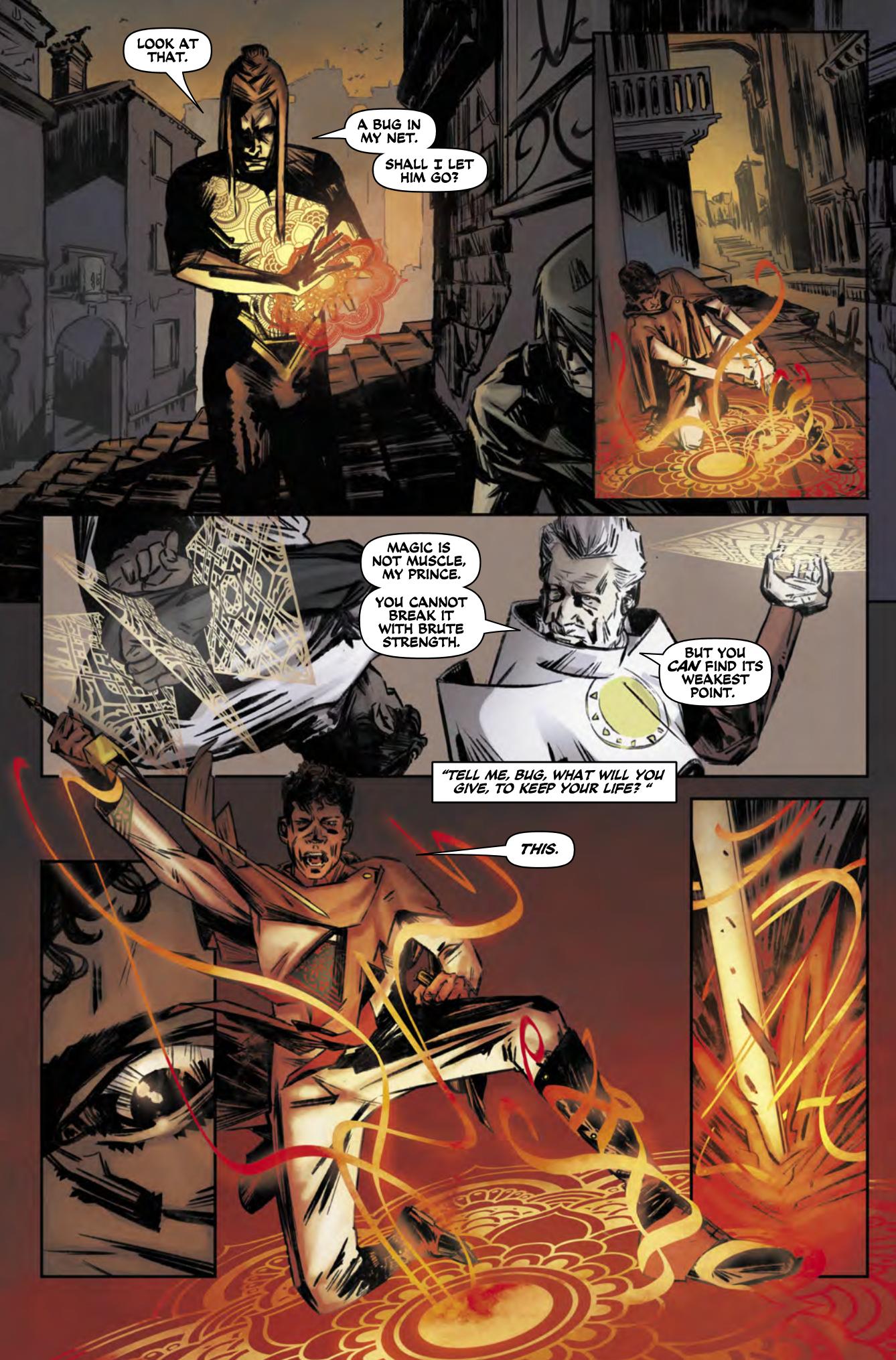 A series of graphic novels exploring the worlds and situations from V. E. Schwab’s immensely popular Shades of Magic series is surely exciting news for fantasy fans, and even better is that Schwab isn’t turning the writing over to someone else. She writes The Steel Prince herself.

Maxim Maresh, the Steel Prince, eventually the King of Arnes, was an integral, but secondary character in Shades of Magic. Schwab felt exploring him in the novels would take space needed to develop other members of her cast, so with his story played out, a graphic novel is the ideal venue to explore his past. It opens with him exiled to the dangerous coastal city of Verose by his father King Nokil. An ability to manipulate steel and his fighting skills will determine his survival.

As if the regular dangers of a near lawless town aren’t enough to contend with, Maxim’s arrival coincides with pirate queen Arisa Rasora docking at the port. She’s mastered illegal Bone Magic and has already seen off one attempt by the King’s soldiers to deal with her. It’s the challenge Maxim needs to cement his reputation and redeem himself in the eyes of the King.

It’s a strange phenomenon that acclaimed successes from other forms of writing frequently have difficulty adapting to comics, but that’s not the case for Schwab, who’s confident and concise. However, her story isn’t one with great appeal unless you’re already wrapped up in her fantasies. It depends too much on a desire to know more about the Steel Prince, but offers only standard fantasy for anyone else. A form of tournament that ought to be thrilling is rushed and perfunctory to reach the final we all know will result, so why bother with it at all? Something more imaginative would have been better. A couple of other events intended as surprises aren’t going to fool anyone either.

A lack of originality and predictable events aren’t helped by Andrea Olimpieri’s art, which is functional in a generic European style without ever supplying something that stands out. He’s best with the effects of magic, designed visually as sigils, swirls of colour and a nice skeletal manifestation when Arisa’s around. Colourist Enrica Eren Angioli plays an integral role in bringing these to life.

There is one big surprise at the end, entering spoiler territory, but worth mentioning anyway. The most successful element of The Steel Prince is the well progressed friendship and rivalry between Maxim and a female solider named Isra, who has unfortunate relations. At the end Schwab dispenses with fictional tradition, and it’s Isra who saves the day, not Schwab’s title character. In fact, one interpretation of the story is that it’s really Isra’s and Maxim is required as a glamorous distraction to enable that. It’s a clever defying of expectation, but not enough to render The Steel Prince as anything more than average fantasy. Night of the Knives follows. 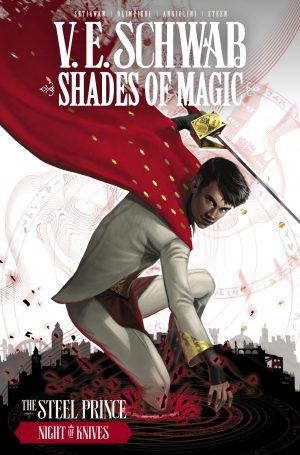