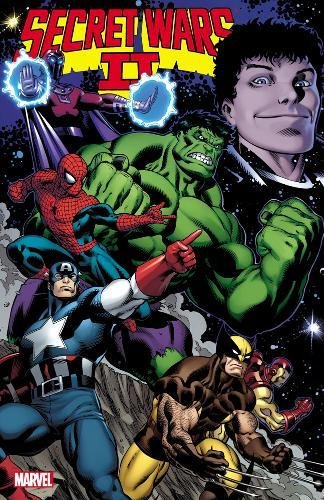 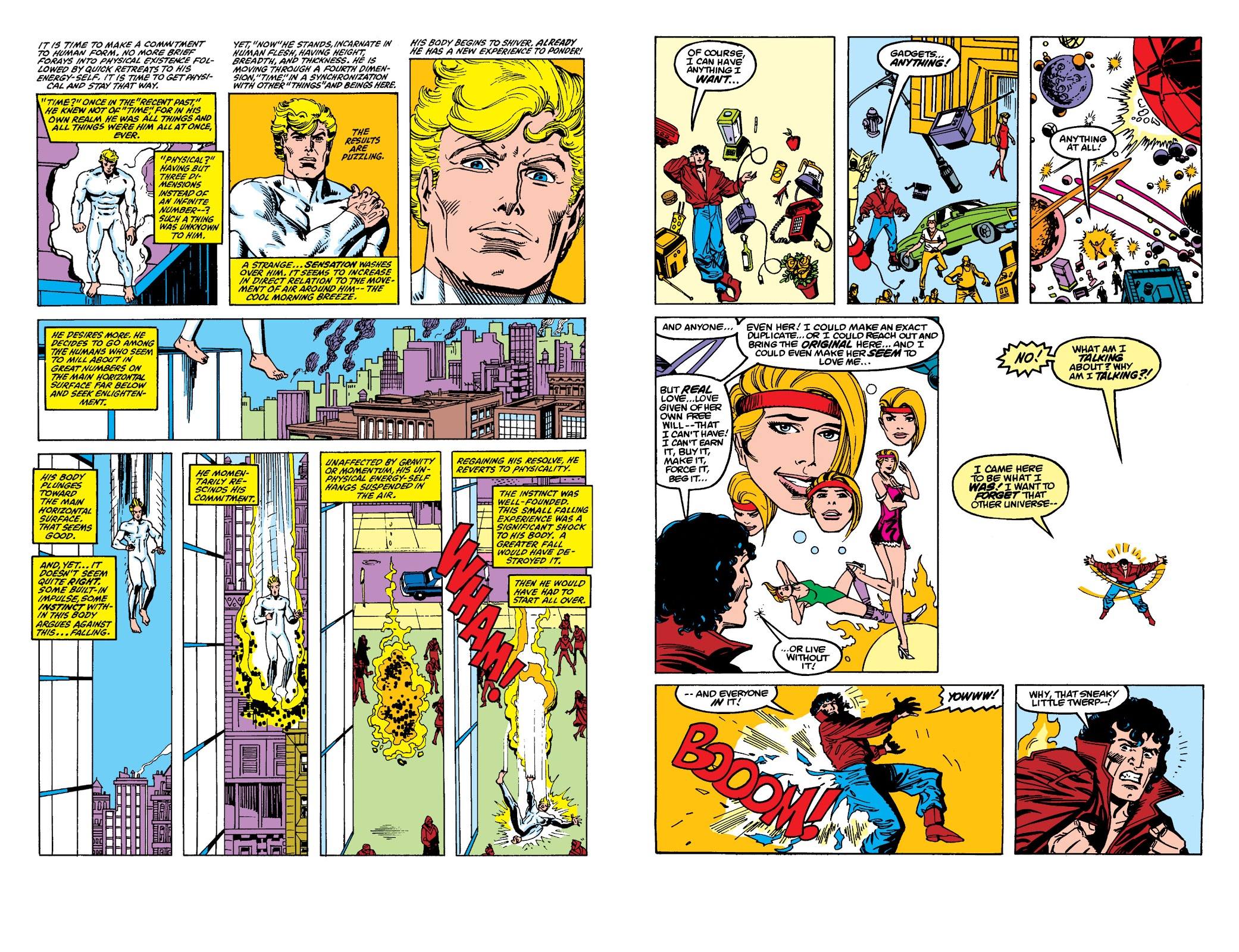 Conceived to sell action figures, the 1984-1985 crossover Secret Wars united a few dozen Marvel heroes against numerous villains and threw in the wild card of near-omnipotent innocent the Beyonder. It was mediocre, but sold in numbers unheard of at Marvel. That being the case, a sequel was inevitable, and against all the odds, while no masterpiece, it’s actually an improvement.

Having been fascinated by the people he transported to his planet, the Beyonder arrives on Earth seeking experience, as he puts it. Jim Shooter’s plot first has the Beyonder wanting to understand what it is to be human, and this occurs very gradually as he tracks down assorted people whose energy signatures he recognises from his previous meeting. For instance, with the Beyonder’s heightened senses there’s essentially little difference between Peter Parker and Spider-Man, and the concept of a secret identity is beyond his understanding at that point. What the Beyonder does spills out into other stories, but this is a continuous journey of exploration, at the start the Beyonder taking everyone at face value because he lacks any kind of filter, and having a desire to experience the bad along with the good.

Al Milgrom has never been a fan favourite artist, but with Steve Leialoha inking these pages, the first chapters look better than the first Secret Wars story. The panels are detailed and varied, but that doesn’t last, the deadlines presumably catching up with Milgrom very quickly, and later pages rising above basic are few and far between.

A downside to this package is the jerkiness between chapters, which end with the Beyonder in one place and begin with him somewhere else. Anyone wanting to know what he’s been up to in between can fork out for the Secret Wars II Omnibus, featuring his intrusions into 23 different series. The focus here is on him learning about one human emotion at a time (love, desire, fulfilment), while the Omnibus is more action-oriented as he renews acquaintances with Marvel’s heroes. The action here is brief bursts, while Shooter concentrates on events that feed into the Beyonder’s quest for knowledge. At times Shooter plays well with the assorted moments. The third chapter is spent in the company of reprobates, and as the Beyonder understands more, his ambitions move through wanting to help individuals on a small scale to taking on the big events like death. By the end, he’s mixing with other almost infinitely powerful beings, and as in the first Secret Wars, the Molecule Man has a significant presence.

It’s very wordy, as Shooter’s dealing with big philosophical questions in material theoretically aimed at a young audience, and that needs explanations, but conceptually Secret Wars II is streets ahead of the first outing. An artist with greater imagination (and perhaps more time) might have produced something worth looking at more often, but we’re stuck with things as they are with no Beyonder to change them with a wave of his hand. 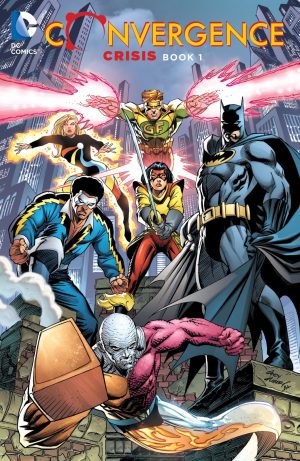 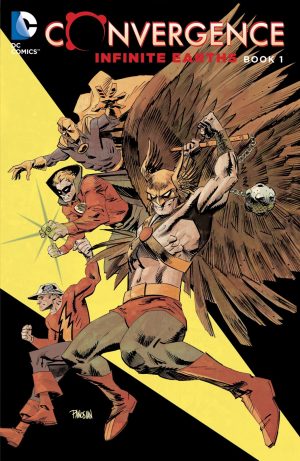 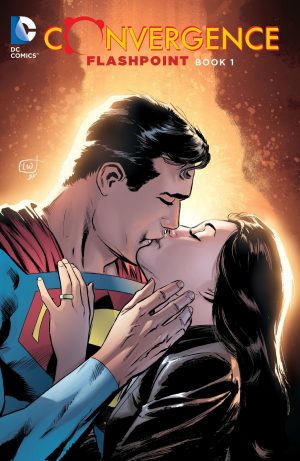 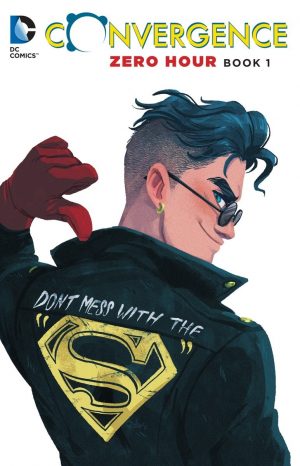