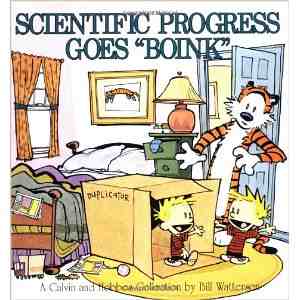 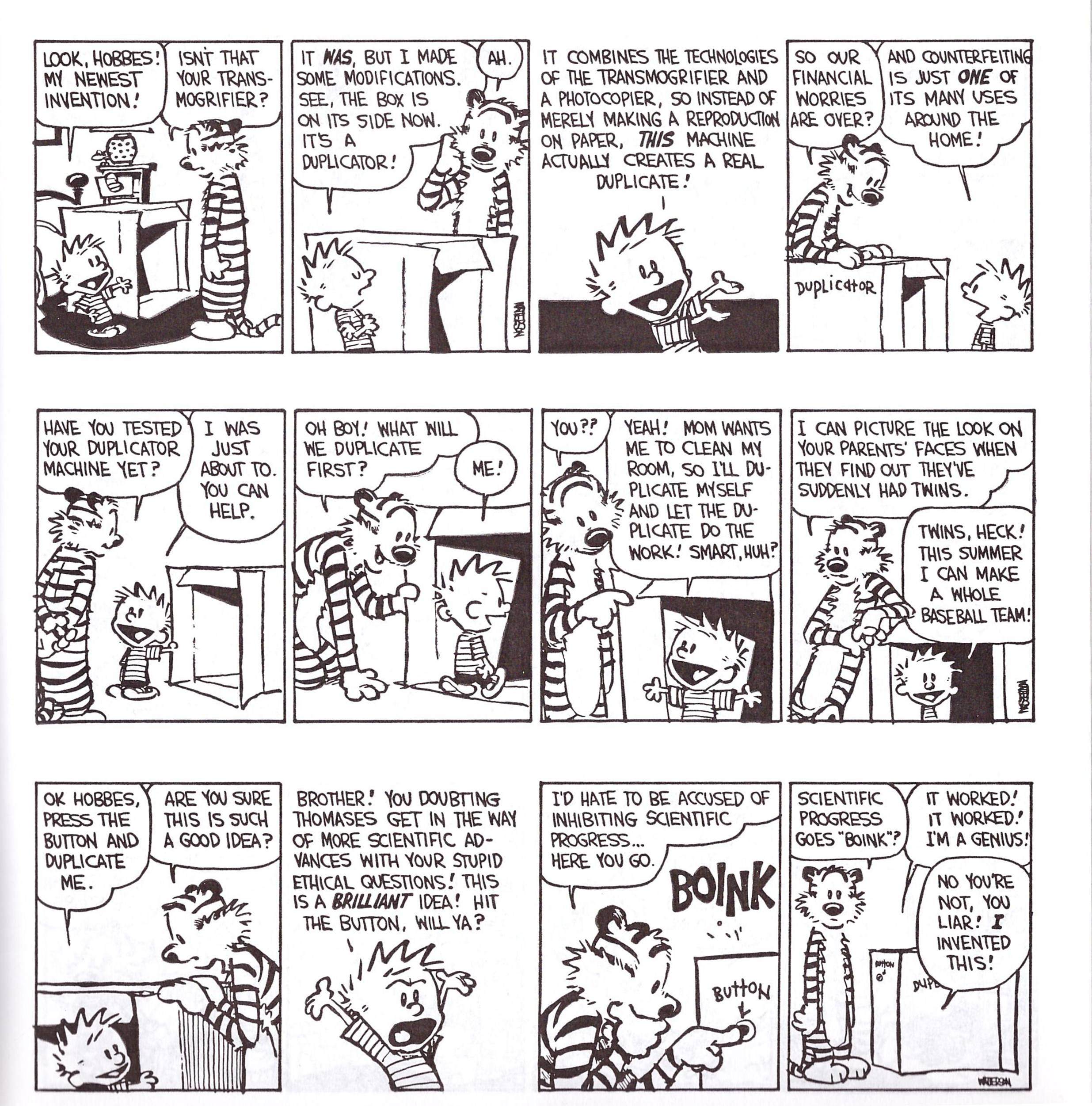 Scientific Progress Goes “Boink” is the sixth collection of Bill Watterson’s immensely popular newspaper comic strip, Calvin and Hobbes. Calvin is a six-year-old boy and his best friend is a tiger called Hobbes, who goes on adventures with him, aids him in the execution of all his mad inventions and obsessions and is generally the greatest companion a boy could want. But Hobbes is only alive for Calvin when nobody else is looking. To everyone else, he’s just a stuffed toy. Bill Watterson uses this premise to brilliant effect as an engine for generating ridiculous and ingenious situations, that also pose philosophical questions about the nature of perception. We view things through Calvin’s eyes some of the time and then at other times, from the viewpoints of everyone else he interacts with. Which universe is the real one?

The title of this volume relates to one of the most memorable extended sequences in Calvin and Hobbes’ history. Calvin modifies his transmogrifier with photocopying technology to create a duplicator. Hobbes expects they’ll become rich from counterfeiting, but Calvin has much bigger ideas, creating a duplicate of himself to go to school for him, do his homework and clean his room. Unfortunately, Calvin number two is just as unwilling to conform as the original, and creates more duplicates to share the burden. This army of Calvins causes havoc and it’s up to Hobbes to think of way to restore things to normal. Normal being a relative term for Calvin, whose other alias, interplanetary adventurer Spaceman Spiff, is joined by yet another alias, private eye Tracer Bullet. More meetings of the G.R.O.S.S. (Get Rid Of Slimy girlS) club, dinosaur rampages and Rosalyn versus Stupendous Man add up to a classic volume of wonderfully funny strips.

Bill Watterson is one of the all-time greats, and Scientific Progress Goes “Boink” is the funniest book of Calvin and Hobbes escapades yet.