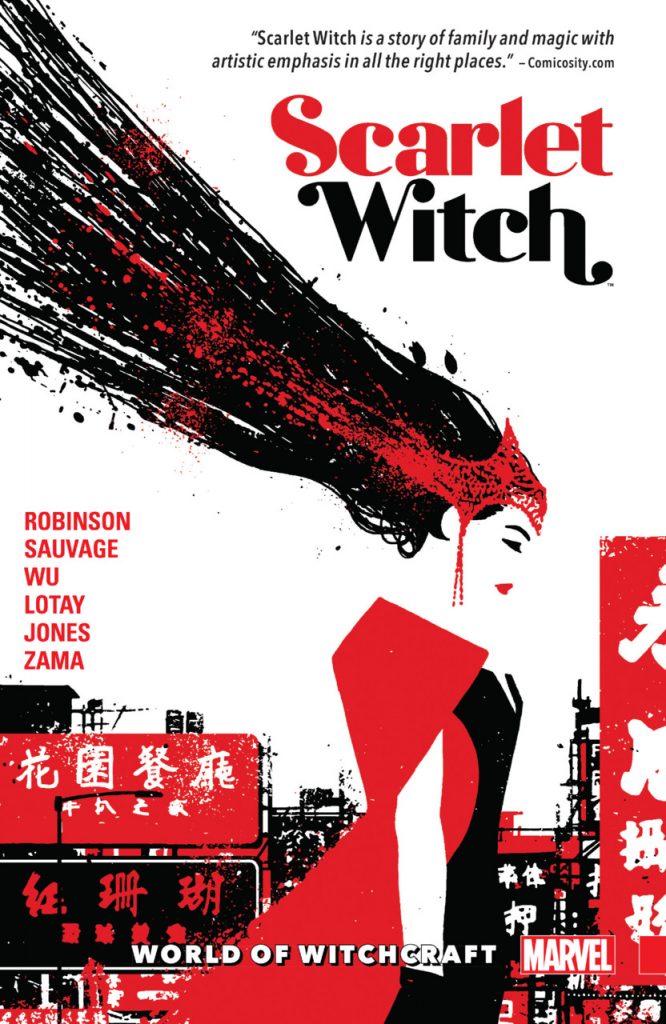 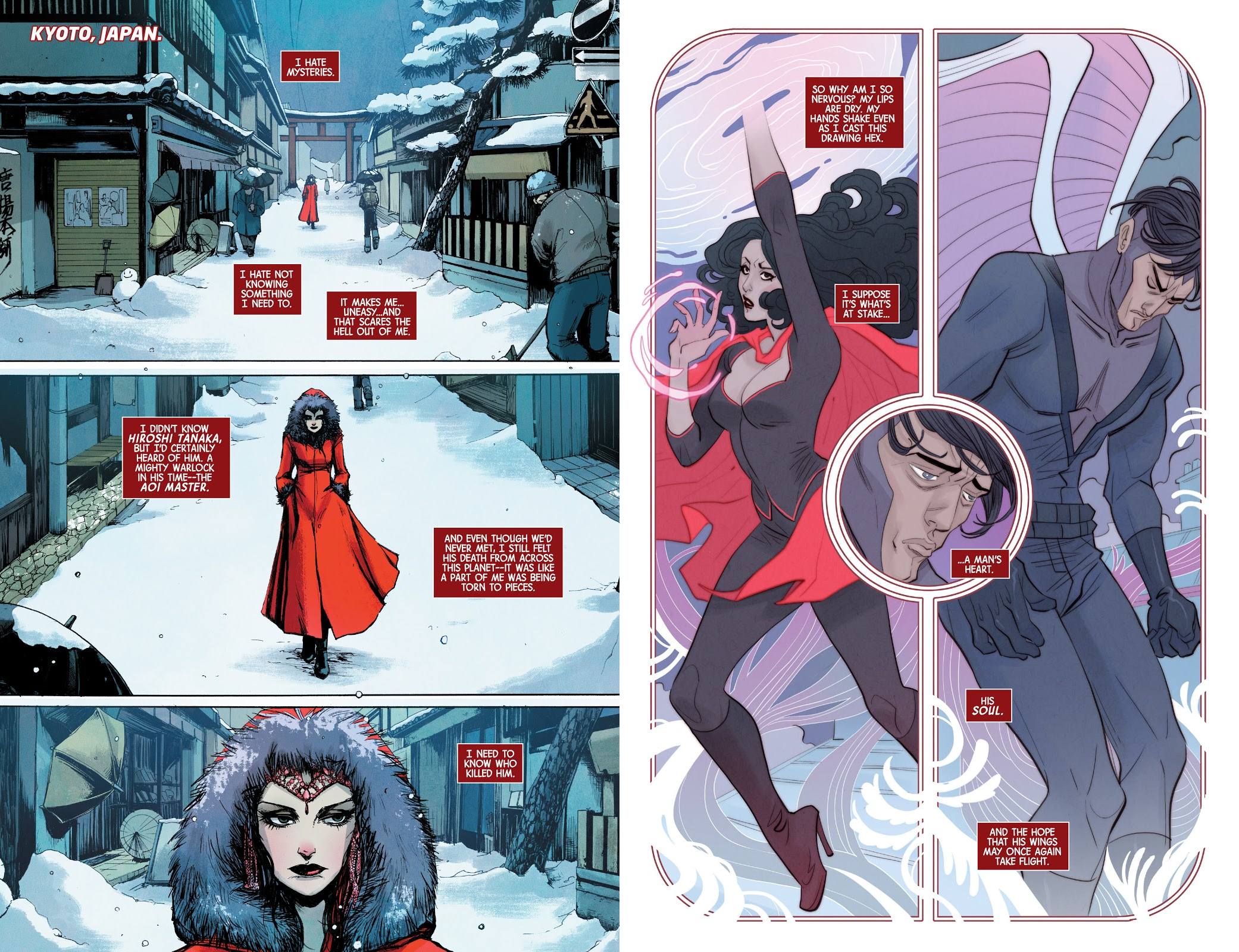 Taking his characters around the world is a charm Robinson’s successfully applied in other series, and one he’s already applied in opening volume Witches’ Road. He revisits the idea in World of Witchcraft with trips to Paris, Hong Kong and Kyoto punctuated by two long conversations in New York. It’s a beguiling mix, and a stronger selection of stories than the opening volume, possibly because they rely less on what’s necessarily going to be a vague comic shorthand form of magic and more on personality. This isn’t just for Scarlet Witch, who’s consistent in being knowing, her old uncertainties a matter consigned to the past, nor for other known quantities who appear. Robinson has always built rounded people, and can now manage that with a line or two of dialogue. The final chapter is where his character creation is most refined, as Robinson offers a variation on a form of storytelling best known via the classic Japanese film Rashomon. Several people construct a whole from their snippets about who someone was when still living, while simultaneously revealing themselves. It’s a perfectly constructed homage, a spiritual mystery with a great final page, the best story in a fine collection, the beauty breathed in via Kei Zama’s art (sample left).

Only women draw chapters from World of Witchcraft’s main continuity, which opens with the most ornate flourishes applied by any artist on the series so far, as Marguerite Sauvage looks to Alphonse Mucha for decorative framing to her illustrations (sample right). Annie Wu, Tula Lotay and Joëlle Jones follow, all with similarly loose interpretations of the cast. An aura of sketchiness about a world of magic somehow feels right.

Picking up from Witches’ Road, Scarlet Witch now has two main concerns, fixing whatever’s breaking witchcraft and solving the mystery of her parentage. The latter is of little concern to her brother. “Does it even matter who our parents are anymore?” is his opinion, “in the end we are what we’ve made ourselves to be”. It’s an interesting line from a writer, but in the weakest story provided. It’s forced in places, not least via having to nod in passing to Marvel’s crossover of the year, although Robinson sidesteps that neatly, and while the presence of Wanda’s overbearing brother Quicksilver may be expected, it’s hardly necessary to the ongoing story. That barely progresses, to be settled in The Final Hex, but the trip is the pleasure here, Scarlet Witch turning up and sorting out some magical problem or having her therapy session, another clever set-up and reveal.

Considerable time is spent with Robinson’s new character the Wu, who’s wonderful. She mixes a magical heritage with the outlook of a Hong Kong action hero, both seen in an introductory story drawn by Mike Perkins and filling in her background before Scarlet Witch comes to town.

World of Witchcraft is a strong selection of revealing stories, all nicely drawn. Why aren’t all superhero graphic novels as satisfying?