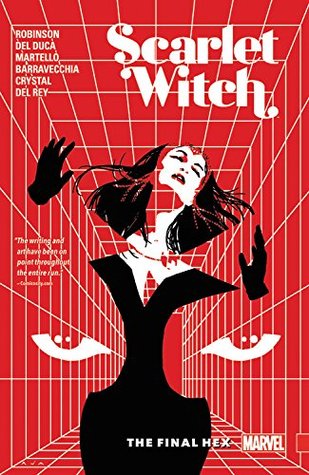 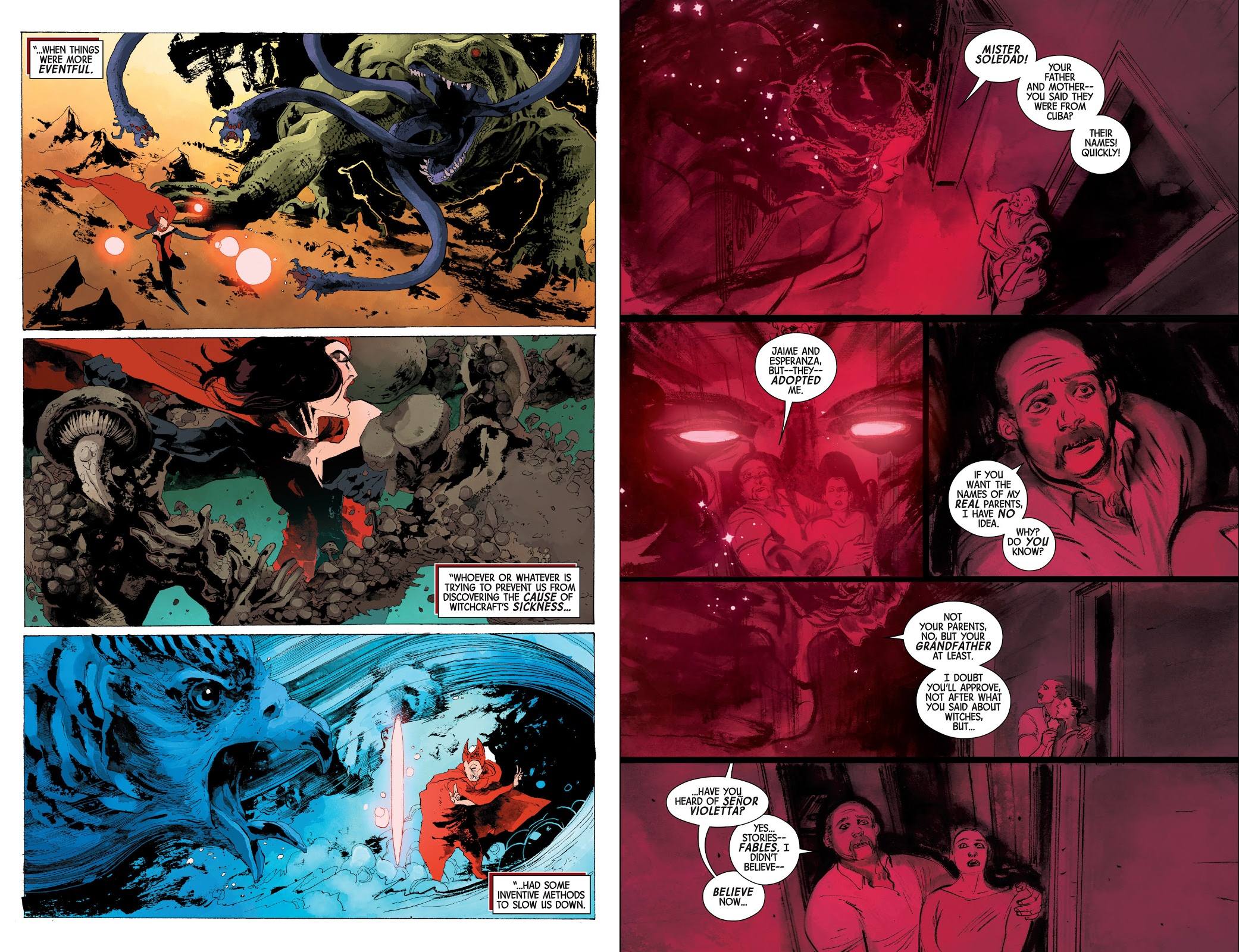 What a disappointment. After two really entertaining Scarlet Witch collections, the finale drops the quality level down to ordinary.

Perhaps James Robinson might have been advised to leave well enough alone. When Scarlet Witch and her brother Quicksilver were introduced in the 1960s they were just two more superheroes, or villains to begin with, and their parentage was irrelevant. In the 1970s the idea of it became something for Continuity King Roy Thomas to tinker with, and at intervals since then a writer has come along who’s considered the definitive revelation to be unsatisfactory, so has unpicked it. To be fair Robinon’s only working with the most recent unpicking, it’s not something he initiated, but what are the chances of his interpretation surviving? It’s neat and logical, but his fatal mistake is leaving one mystery for someone to pick at in the future.

With that settled, and the diversions of World of Witchcraft done with, Robinson moves Scarlet Witch back into his primary plot of witchcraft somehow evaporating. A side issue is that although she maintains a magical facade, Scarlet Witch is ageing with every spell she casts. “Sometimes I despair of witches’ ways”, she notes, and we’re given a taste of that as Robinson works his way to the resolution of his over-arching plot. It’s like a deflating balloon. It’s been the small stories that have motivated him over the series, and when it comes to the big cinematic spectacle he’s going through the motions. Compounding that is his not being helped by the art.

Each chapter of Robinson’s exploration of Scarlet Witch has been drawn by a different artist, which has been successful until now. The difference here is a matter of talent, as some art is rudimentary. The stories are told, but not as well as might be expected, the lack of backgrounds often means there’s rarely a sense of Scarlet Witch being fastened in a place, and allied to that is lesser imagination than the earlier artists. Jonathan Marks-Barravecchia (sample left) can produce nice portraits, but his pages are cluttered, with no hint of what the focus should be. A key point of Annapaolo Martella’s story is that someone is scarred, yet the way she twists faces generally doesn’t bring this across, and her action scenes are stiff. Shawn Crystal’s chalk-like colour is garish and his people awkward. So are those of Leila del Duca in places, although she has a greater design sense, so her pages look a lot more interesting.

The series closes with another of the intimate stories Robinson has delivered so well, with opening artist Vanesa Del Ray returning (sample art right), and here the best artist despite inconsistencies. It’s a whimper of an ending. Robinson obviously had more to say, but presumably sales didn’t permit. It’s a shame. The first two volumes were good, and this shines for brief moments, but is largely uninspired from all concerned.