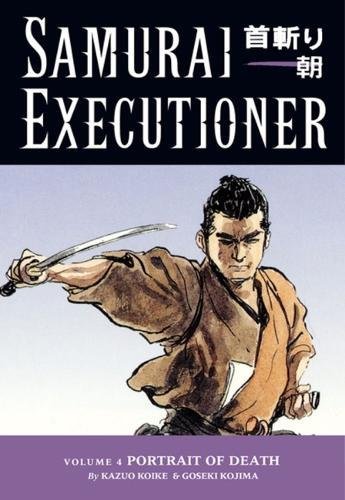 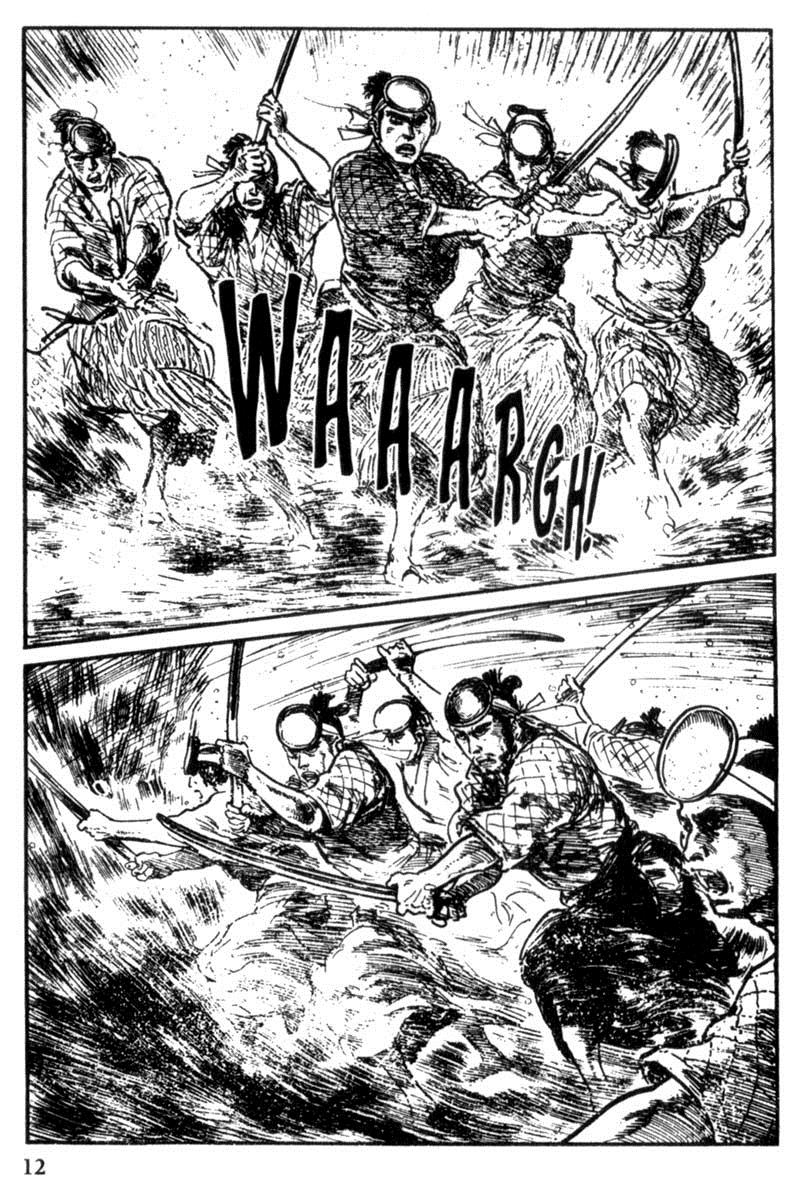 As displayed by the sample page, Goseki Kojima delivers a spectacular action scene, almost effortlessly depicting vibrancy and movement. It’s in service of Edo period Japan’s equivalent of historical re-enactment societies, here being Samurai testing their skills under battle conditions, but with safety mechanisms in place. Despite the ancient setting, the resulting story is very modern as it concerns two problems still relevant, how to occupy soldiers during peacetime and manipulation of food markets to maximise profit. Then as now, people hailed as saviours of the country in times of need were otherwise an embarrassment to be brushed under the carpet, and they’re fighting back against a stacked society.

Some manner of awkward moral conundrum usually lies at the heart of Samurai Executioner stories, and the second concerns an artist responsible for exceptionally realistic pictures of executions requesting to attend a real one. It broadens into a discussion regarding fixed ideas of what art should depict, beauty in preference to truth being Yamada’s view, then takes a complete and compelling swerve into something else, then veers again into the unexpected.

That turn into left field is common to Kazuo Koike’s material, and he supplies another fine example in the brief ‘Season of the New Straw’, skipping sublimely from the pastoral to horror, yet by the terms of the era involving kindness.

There’s a consistent smudginess to Kojima’s work as presented in these pocket sized editions, and it’s so obvious that it surely isn’t just his inking style. Fine detail drawn at full size diminishes during reproduction, but he’d have been aware of that, so are Dark Horse using poor quality pages to print from?

The final tale concerns another perennial problem, that of the beancounter, for whom cost and expense outweigh all other principles. As government finances are tight, it’s suggested that executions be stopped. The logical will immediately realise that the costs of keeping prisoners jailed is surely far higher. The authorities had a method of dealing with that problem, and in keeping with the series, it’s not pleasant. These are, however, largely morality tales, and the financial savings have a far greater cost.

The Hell Stick took a very leisurely pacing, and the slightly shorter length of these stories make for a more compressed and satisfying read, although Koike and Kejima never rush themselves. It’s an admirable economy, which continues with Ten Fingers, One Life. The entire content can also be found along with that next book as Samurai Executioner Omnibus Volume Two.