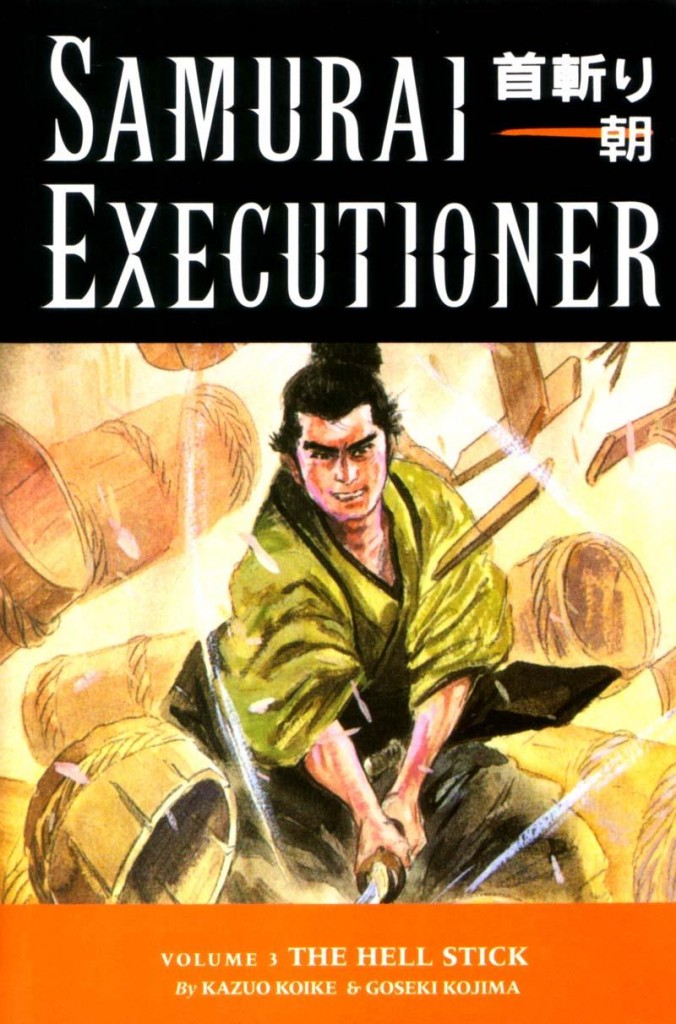 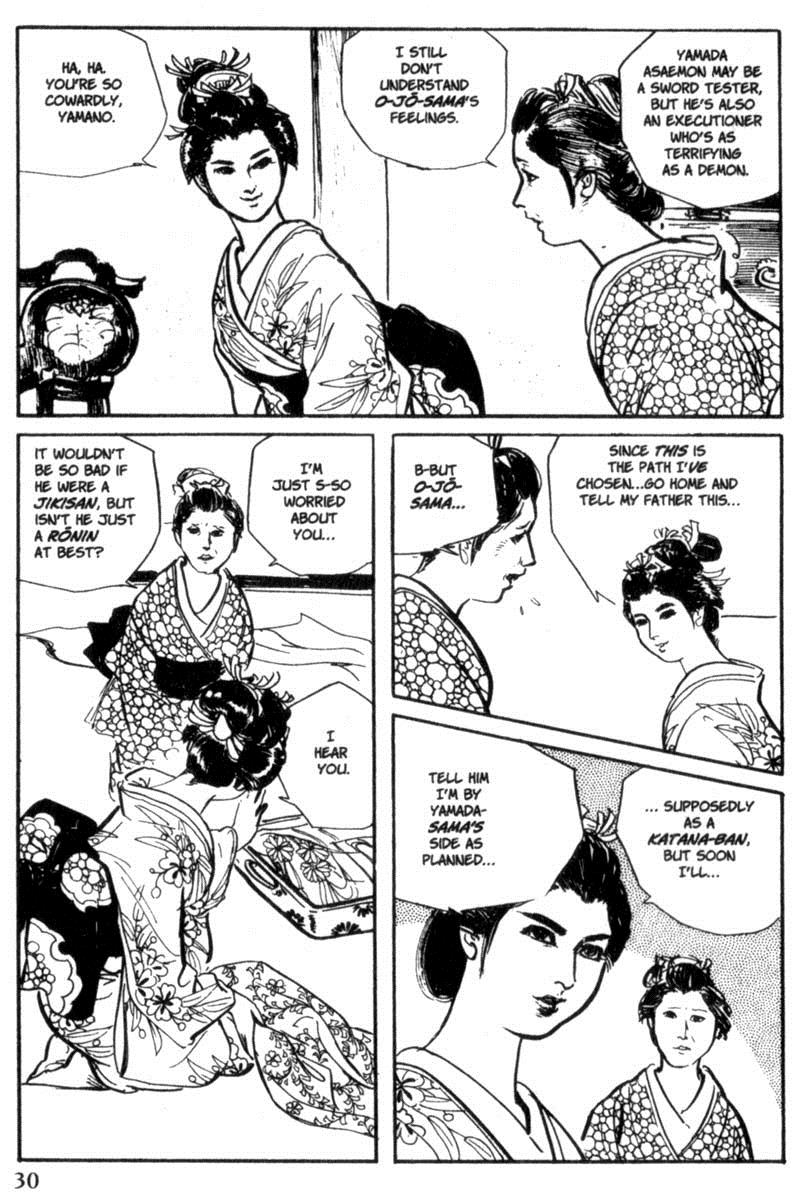 The longest tale occupies roughly half the book, beginning when the titular Samurai Executioner is bought a sword to test believed to be from a maker whose work is widely reviled as cursed. As the test will have to wait until he’s summoned to execute a criminal and honour dictates a sword’s guardian must remain with it, Aya, daughter of a friend, becomes Yamada Asaemon’s guest, causing much speculation. Aya has a secret, and a past, as local officials have attempted to rouse the passion of a local lord who’s lost interest in his wife via intriguing him with a test of swordsmanship. Aya’s story delves into some disturbing areas of the human psyche, where sex becomes associated with pain. It’s very long in the telling, inordinately sordid, and as illustrated by Goseki Kojima barely credible people would remain conscious after the wounds depicted, never mind want to indulge in sex. Within, though, once the story begins to gather some pace toward the end, there’s a cruel insight into the making of Yamada, and a twisted plot.

An exceptionally impressive display of swordsmanship opens the next tale and institutes the theme that continues throughout as an alternative to Yamada is suggested for his position as the Shogun’s sword tester. It’s a story beautiful in its simplicity that escalates to a duel. Yamada’s precision with a sword has been established, but this requires preparation and concentration, and sword fighting is an altogether different discipline.

As previously, Goseki Kojima’s pages vary between simple sketches of great beauty and those with odd perspective, or strange looking people. He’s at his strongest when presenting still life nature or its polar opposite, the cut and thrust of action, but both play second fiddle to the smudginess of conversation.

Is there a deliberate Spider-Man homage in the final story? Unlikely, but only the creators know for sure in this tale of a driven and contrite man striving to better himself. It lacks dramatic tension as there’s little to sympathise with, and the most interesting moment, that of a decision taken during a fire at a jail, is a mere aside. Furthermore, unlike any Samurai Executioner tale to date, it’s predictable. This character returns in Ten Fingers, One Life.

The series can be read in any order, but The Hell Stick isn’t the book with which to begin. The title story is combined with the previous two volumes in the first Samurai Executioner Omnibus, and the remainder in the second volume.