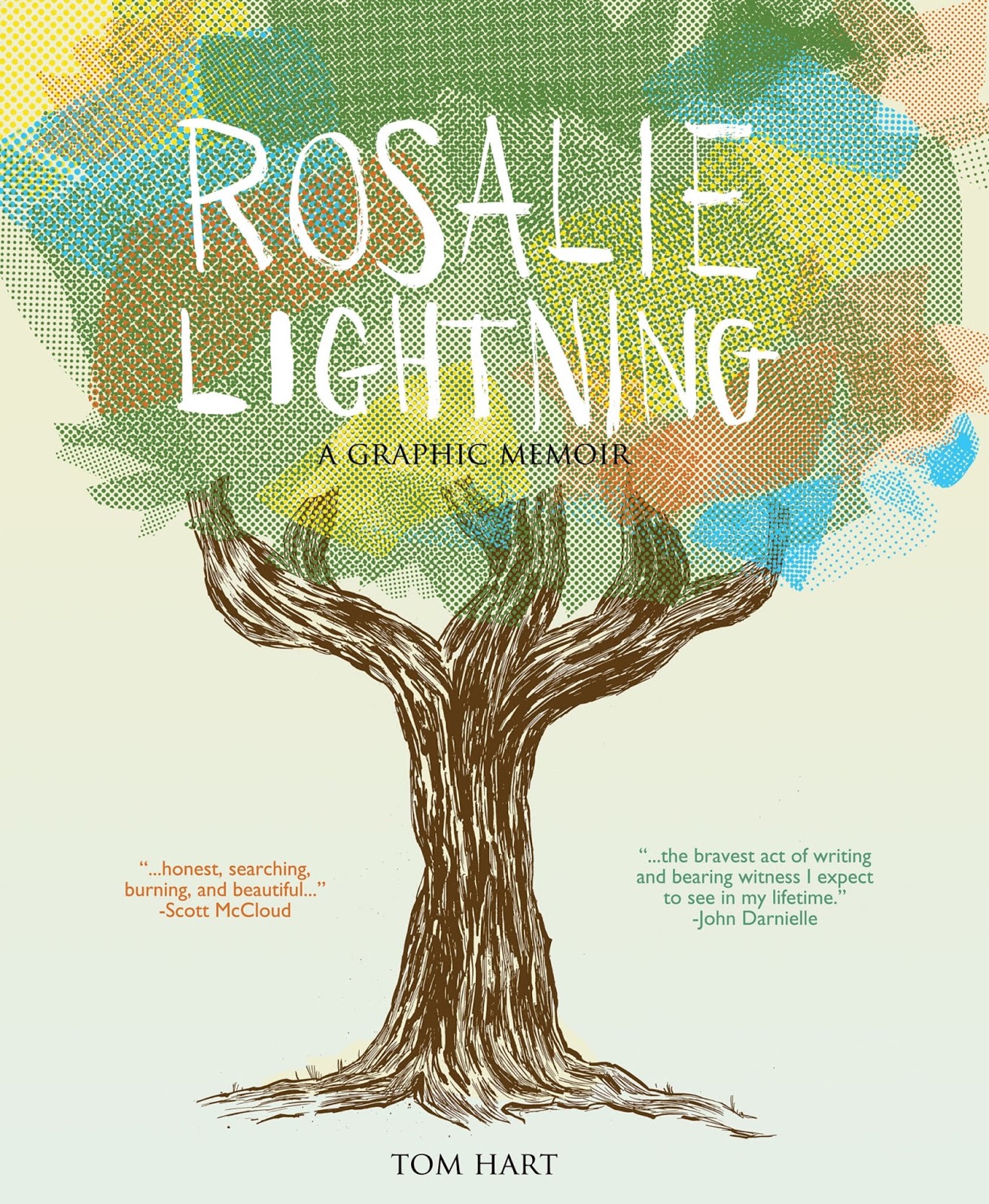 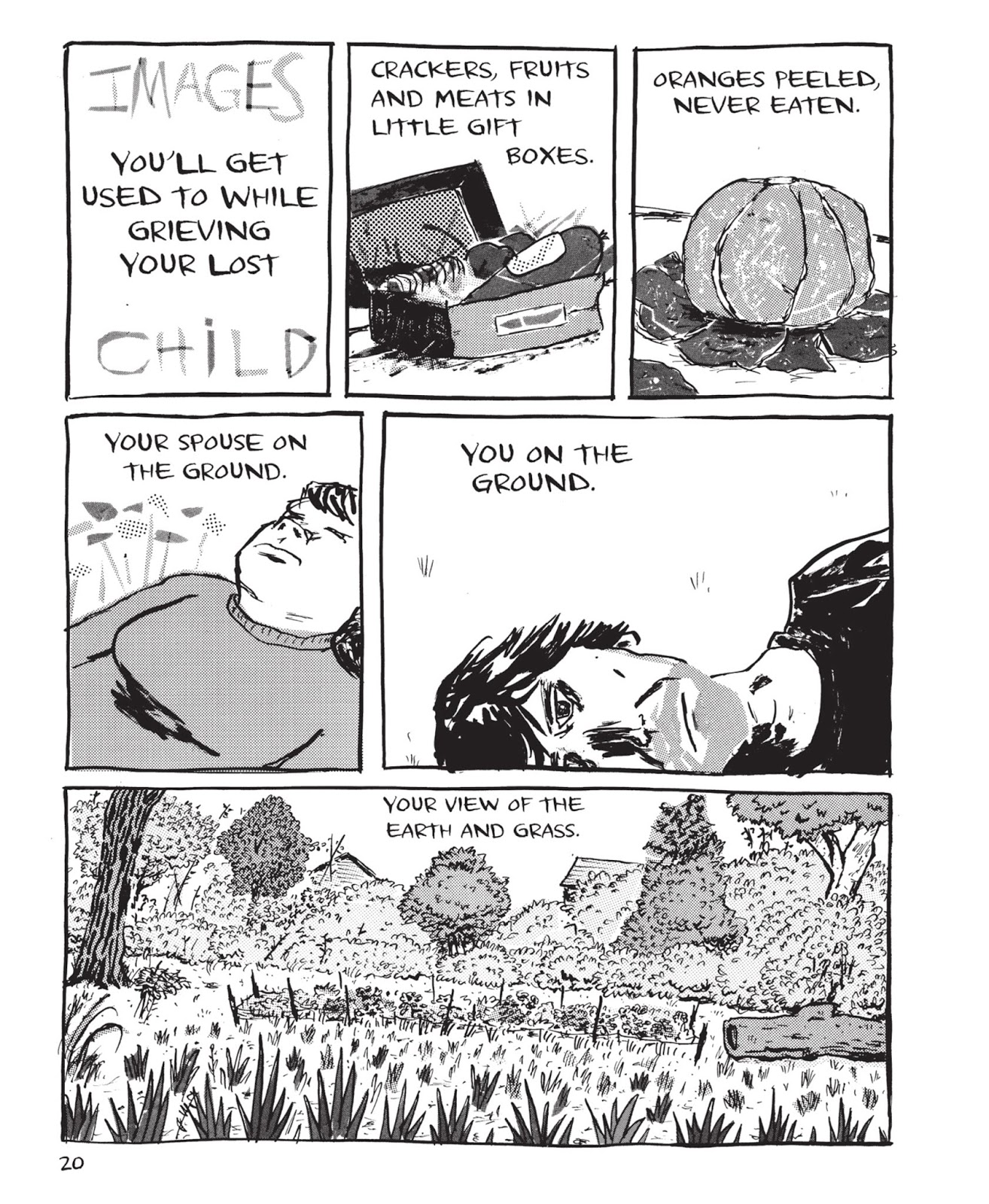 Rosalie Lightning is an astonishingly brave and honest memoir from Tom Hart detailing the brief life of his and Leela Corman’s daughter Rosalie, who died in 2011, and how they coped. It’s not only the processing of events and outpouring of grief that’s touching, but the glimpse into the hand to mouth existence many creative people live while pretending otherwise.

Rosalie’s passing is unexplained, one that leaves parents in limbo, forever destined to consider if there was something they could have done differently. It’s a death that can kill more than one person, yet Hart avoids harmful self-accusation, in the text at least. His opening approach is to dot back and forth, celebrating the time spent with Rosalie as she developed, while discussing how he worked through day to day life after her death, before broadening into a linear extrapolation.

Having a baby in the house is incredibly stressful, but it’s only natural that Hart has suppressed or ignored this portion of Rosalie’s life. Bearing that in mind, it’s heartbreaking to read how outside influences combined to make coping ever more unpleasant and difficult, the worst of them being a building committee not approving an apartment sale. This theme manifests more obviously later in the book when Rosalie’s death is followed by a succession of other tragedies. If there’s one single observation on how society operates that sticks in the mind it’s that Rosalie’s funeral is paid for with an ATM card, likened by Hart to buying a bunch of bananas. The process is surely normal, but its meaning for Hart is memorable.

Unintentionally, because it was an inexplicable favourite of Rosalie’s the challenging Metaphrog graphic novel Louis: Night Salad features throughout, as explanations for some of Rosalie’s limited vocabulary, and later as sections reflect real life. The coincidence of repeated messages and parallels is one Hart stresses, as they keep coming, perhaps the most bizarre a friend whose dream about him involves spitting out keys, a foretaste of a later scene. His drawing is sparse and simple, yet expressively rich as Hart pictures himself slouching, walking hunched, metaphorically carrying the weight of the world on his shoulders, and frequently resorts to the allegory of black shadows around himself.

Ultimately the question becomes whether there is any coming back from tragedy. People do, and Hart meets some of them, but when it’s recent there’s constant doubt. There’s no primer on how to cope, and everyone’s different, but it seems the most important advice is to share and to seek help. Hart draws on myths and legends throughout, and as rebirth is among the oldest human stories it’s the theme of the final chapter, where some form of softness smooths the raw edges, although in itself the act of reading a book about events indicates progress. It’s easy to become connected via a memoir, to believe you know a person from what’s revealed, and that feeds an incredibly powerful scene involving the unfiltered kindness of another infant.

The knowledge of what happened to Rosalie supplies a poignancy to multiple depictions of parents and child that could otherwise be considered overly sentimental. After all, Rosalie Lightning’s primary purpose isn’t entertainment for a general audience, it’s a shared recollection. It’s a deeply personal work that transmits the upset and sadness no-one wants to experience, at the same time a moving testament to a curtailed life, and utterly absorbing. 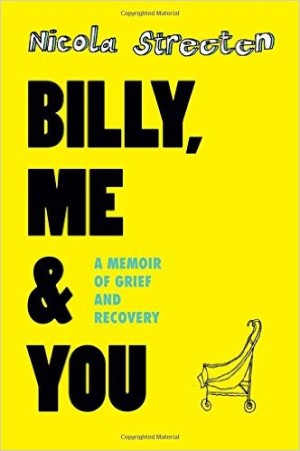 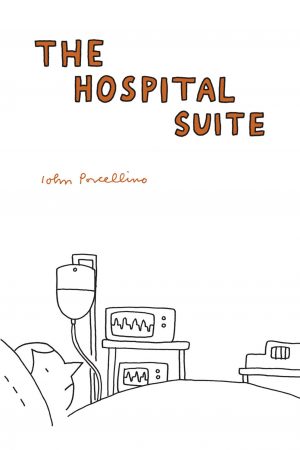