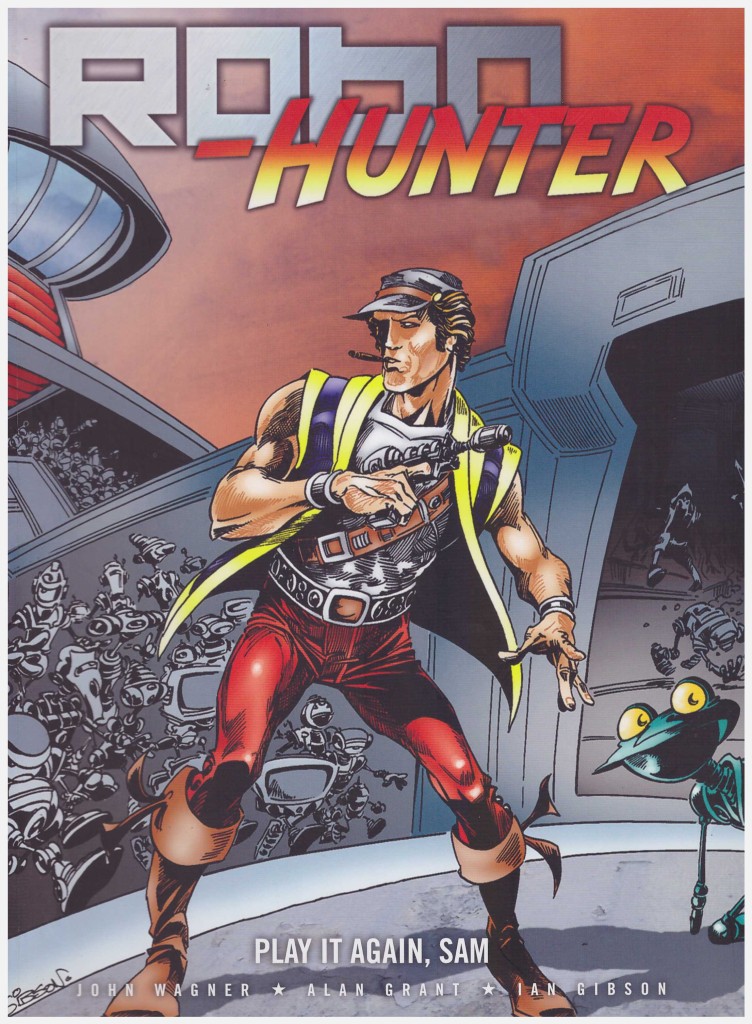 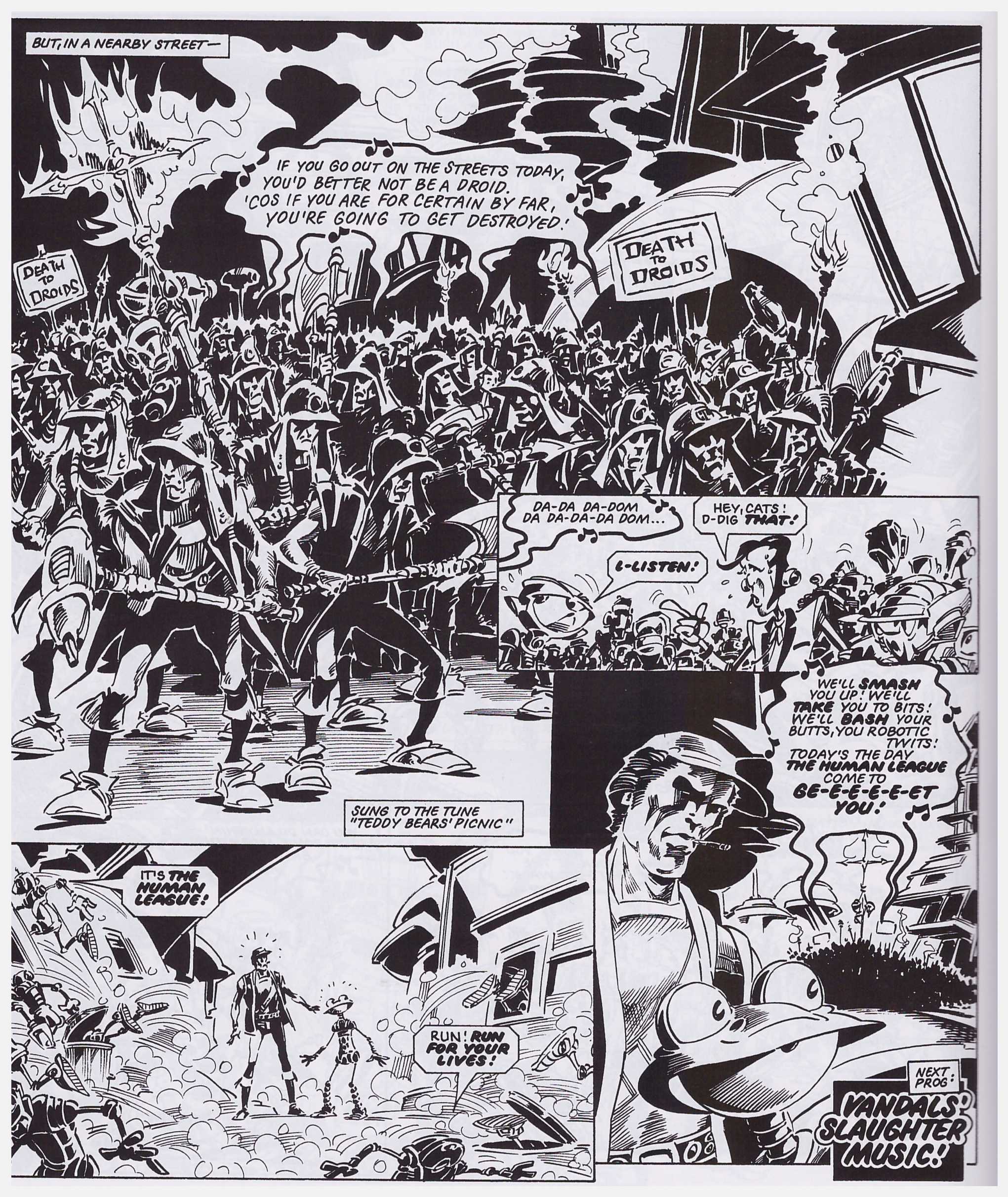 Covering four strips serialised over two years, this won’t be everyone’s favourite Robo-Hunter graphic novel. Some material is resolutely embedded in the time of its creation, and the title strip is an attempt to deliver a song and dance musical in comic strip form. Hmmm.

Day of the Droids ended with Sam Slade, Robo-Hunter, plying his trade in Brit Cit where his trade of hunting rogue robots remains legal. Writer Alan Grant is very much enamoured with Carlos Sanchez Robo-Stogie and his faux Cuban accent, using him as Slade’s running commentary and one man cheering chorus, and with the incomparably inept Hoagy, Slade’s idiot assistant. He plays them both very well, but, as he’s noted in interviews, to the extent of downgrading the title character.

This isn’t apparent in the opener, ‘The Filby Case’, beginning with Slade receiving multiple warnings to keep his nose out of the Filby Case, without having any idea as to what it might be. Then Filby turns up in his office. ‘The Killing of Kidd’ returns the one-time pilot reduced to the size of a baby, but with his odious and unlovable personality intact. He’s now the star turn in a soap opera, but someone’s trying to kill him. Given the way he is, there’s no shortage of candidates. Grant sets up the slapstick well in both cases, and sticks to the template of the fun being in the journey rather than the ending.

Regular artist Ian Gibson’s almost insane work rate ensures the crowded style of the previous stories continues throughout this book. He appears to have an infinite appetite for the creation of wacky new robots, the medical staff here being impressive.

John Wagner (as T.B. Grover) returns to collaborate with Grant for the final two stories, and the first of them hasn’t dated well. Plotted in the wake of the 1982 World Cup, ‘Football Crazy’ pastiches players long since forgotten by all but the staunchest of fans (Italian defender Not-So Gentile) and the TV panelists offering analysis, all named Brian (as were Moore and Clough at the time). Gibson’s robotising of known faces is good, and his attention to detail as fine as ever, but time doesn’t look kindly on his Japanese caricature, and it’s not the best Robo-Hunter script.

The title strip is polarising. There may well be readers inclined to sing along with Wagner and Grant’s admittedly inventive new lyrics to old show tunes, but they’re likely to be few and far between. Even leaving those to one side, the caricature of then British Prime Minister Margaret Thatcher and a bunch of dissidents calling themselves the Human League root the strip in the early 1980s. It’s also a return to the episodic nature of the earliest Robo-Hunter strips, and like the first of them just shudders to a halt. Unlike that, unless you’re a fan of the musical comic strip, there’s little of the invention and spirit that’s characterised the feature to this point.

Along with the final two strips here, Sam Slade’s continuing adventures can be found in the telephone book sized volume two of Robo-Hunter: The Droid Files.