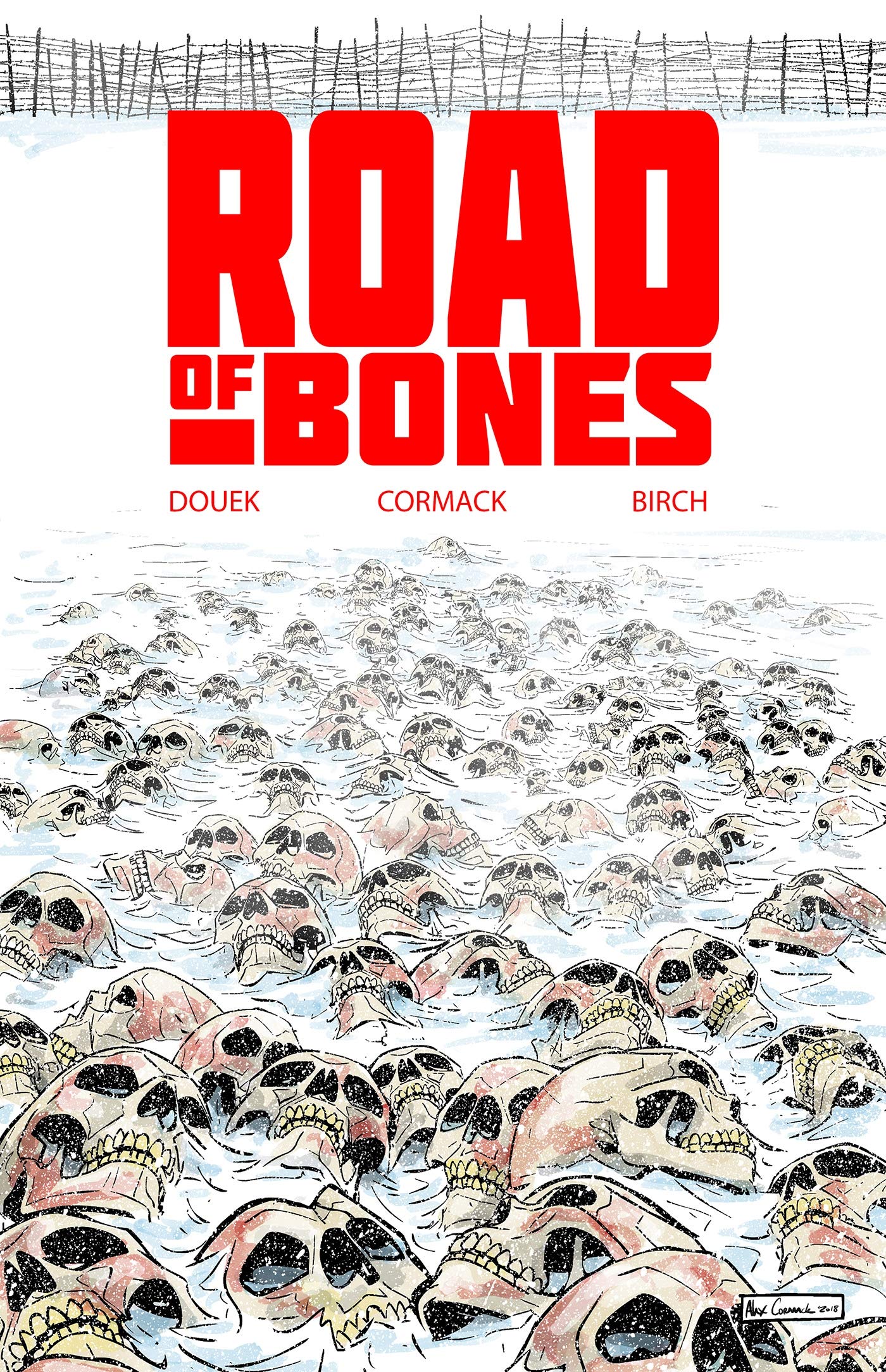 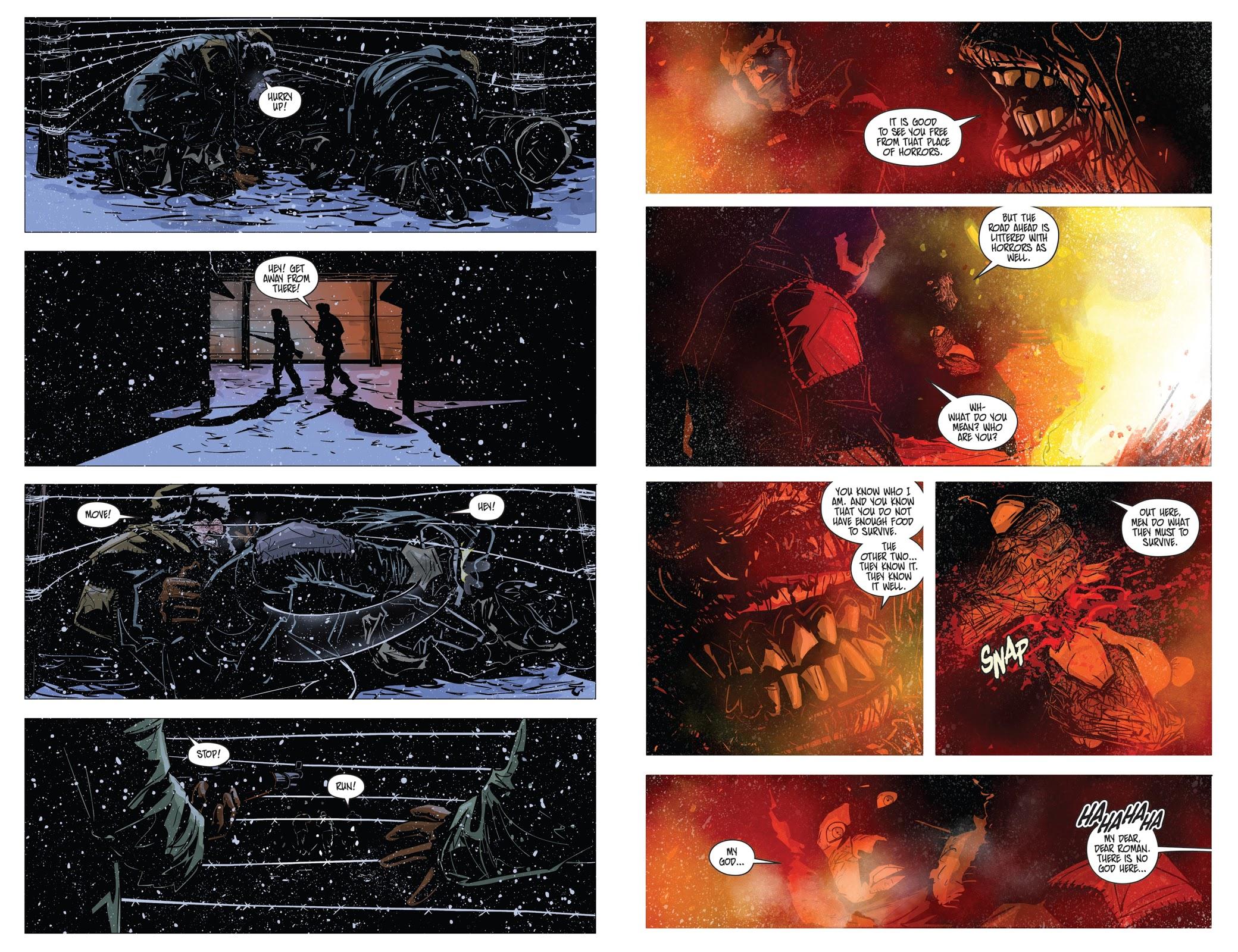 In 1953 Roman Ivanovitch is in a Siberian labour camp serving a 25 year sentence for having told a joke about Comrade Stalin at a party. Life is cheap, and it’s hard, extremely hard, even when Roman’s got a job in the kitchen. He also has a secret, he’s been feeding what he believes is a Domovik, a cruel creature from Russian myth crucially also able to offer hope. When the chance comes to escape, Roman takes it along with two others, but it’s a frying pan to fire situation. “We don’t have much choice. Only one really”, Roman is told soon after his escape, “to lay down or to keep going”. As bleak as that is, the conditions are even worse. The Soviets built prison camps in Siberia because even if prisoners were to escape, thousands of miles of frozen, inhospitable territory separates them from civilisation.

An authenticity to people, situations and conditions is supplied by Rich Douek’s knowledge or research. He convinces with the cast and the setting that these are Russians of their era and with their upbringing, just as artist Alex Cormack convinces us that he’s been to Siberia and endured the conditions just to be able to draw them effectively. The sparseness of the rocks and mountains is contrasted by people’s faces, the harsh existence they’ve endured etched line by line as it shortens their lives by degrees.

At every turn Douek twists the screw. It can always get worse, and it always does. It’s a very existential form of horror in which every element of hope bar one is stripped away. Does the Domovik really exist and will it help Roman out, or is it just a manifestation of his mental deterioration? For three and half chapters Road of Bones is really thrilling, the tense mood pitched just right, but the ending is the cheap and easy option, which is devastating. If extending the story to six chapters to provide something better wasn’t on the cards, Douek has the imagination, but didn’t use it. As of 2020 Douek and Cormack are working on a sequel of sorts, Sea of Sorrows. 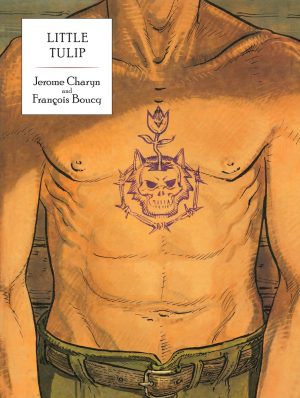 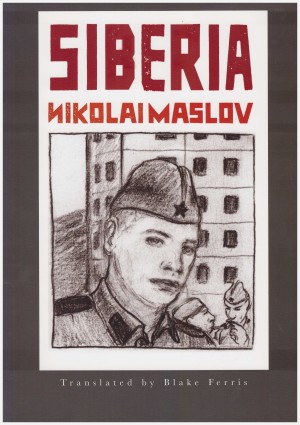