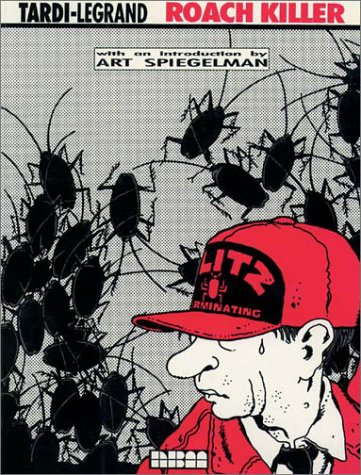 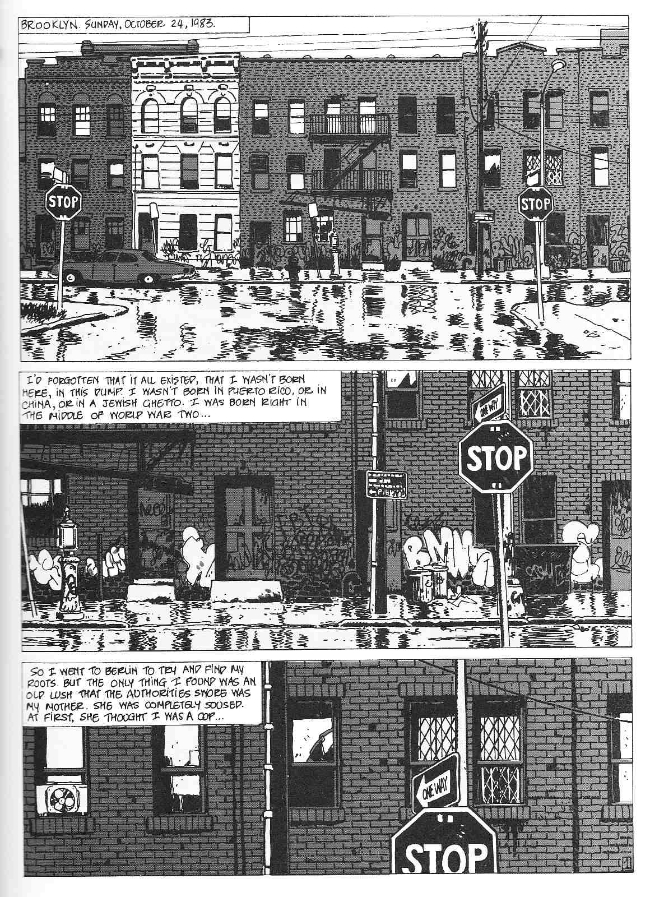 By the time Roach Killer was published by NBM, among the first of Jacques Tardi’s works to appear in English, he was already a French industry veteran with 25 career years and an Angoulême festival award behind him. He was a creator unafraid of taking chances, nor of collaborating with others when perfectly capable of writing his own engrossing material.

Roach Killer is now best experienced via Kim Thompson’s more intuitive translation in New York Mon Amour, but while a crime story in essence, it remains strange and atmospheric in either edition. That’s down to collaborator Benjamin Legrand’s disturbing construction of the central character, Walter Eisenhower, indeed a pest control operative by trade, but a festering barrel of resentment and prejudice with some unsavoury friends. He attends a call-out in a New York building and overhears two people plotting to murder a third. This is on the thirteenth floor of a building in a city where for superstitious reasons no building ever has a numbered thirteenth floor.

Shortly afterwards Walter is off duty in a bar with Luis, a fellow employee, when he spots the person whose premises he treated in the company of a thug. They appear to be looking for him. From there Walter’s life takes a deadly adventurous turn.

In his introduction Art Spiegleman talks about how he’s never seen a city brought so vividly to life, and while that might be the hyperbole of respect New York is an integral story character. In comic terms any city is more atmospheric in the rain. Here the steam seeps from the drains, and the grime and the graffiti characterise the city as much as the people and the architectural detail. Also distinguishing the work is the use of spot colour. Walter’s distinctive protective overalls are coloured red, as is his van and a few other symbolic details, but the strip is otherwise in black and white. For all his internal resentment Walter is a passive character whose expression barely varies throughout his entire experience.

The turn Walter’s life takes is the relatively straightforward crime genre situation of the little man caught in circumstances beyond his control, and Roach Killer would work perfectly well on that basis alone, but Legrand adds a sinister undertone. This is foreshadowed in the opening pages, and by the conclusion the story’s cemented in American culture by referencing personality manipulation. It could also be seen as compromising the plot as once applied there are some items that are suddenly inexplicable in hindsight. It’s a small point that doesn’t undermine the depth of the remainder, which remains a weird and compulsive journey in a vividly constructed New York.