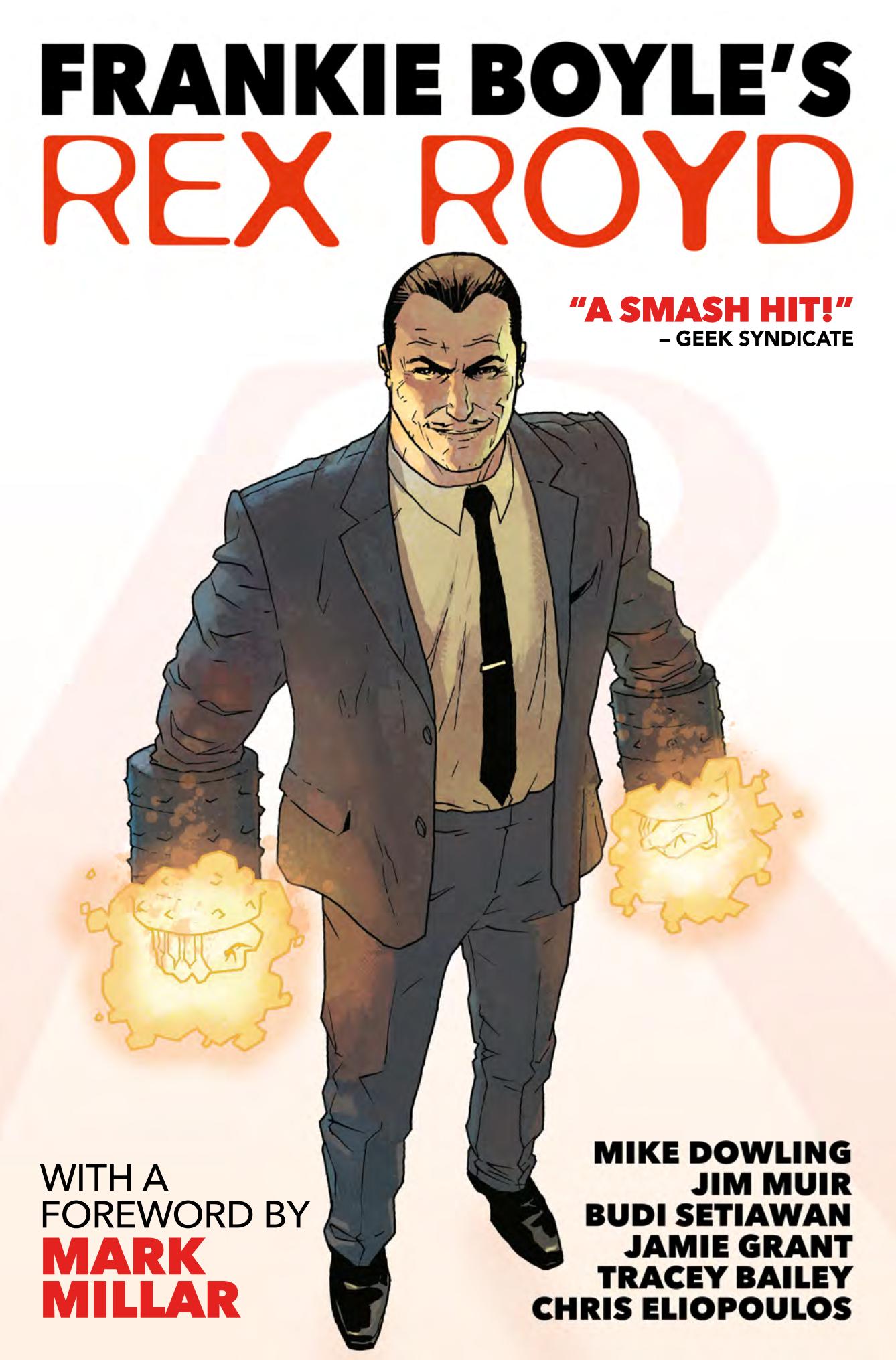 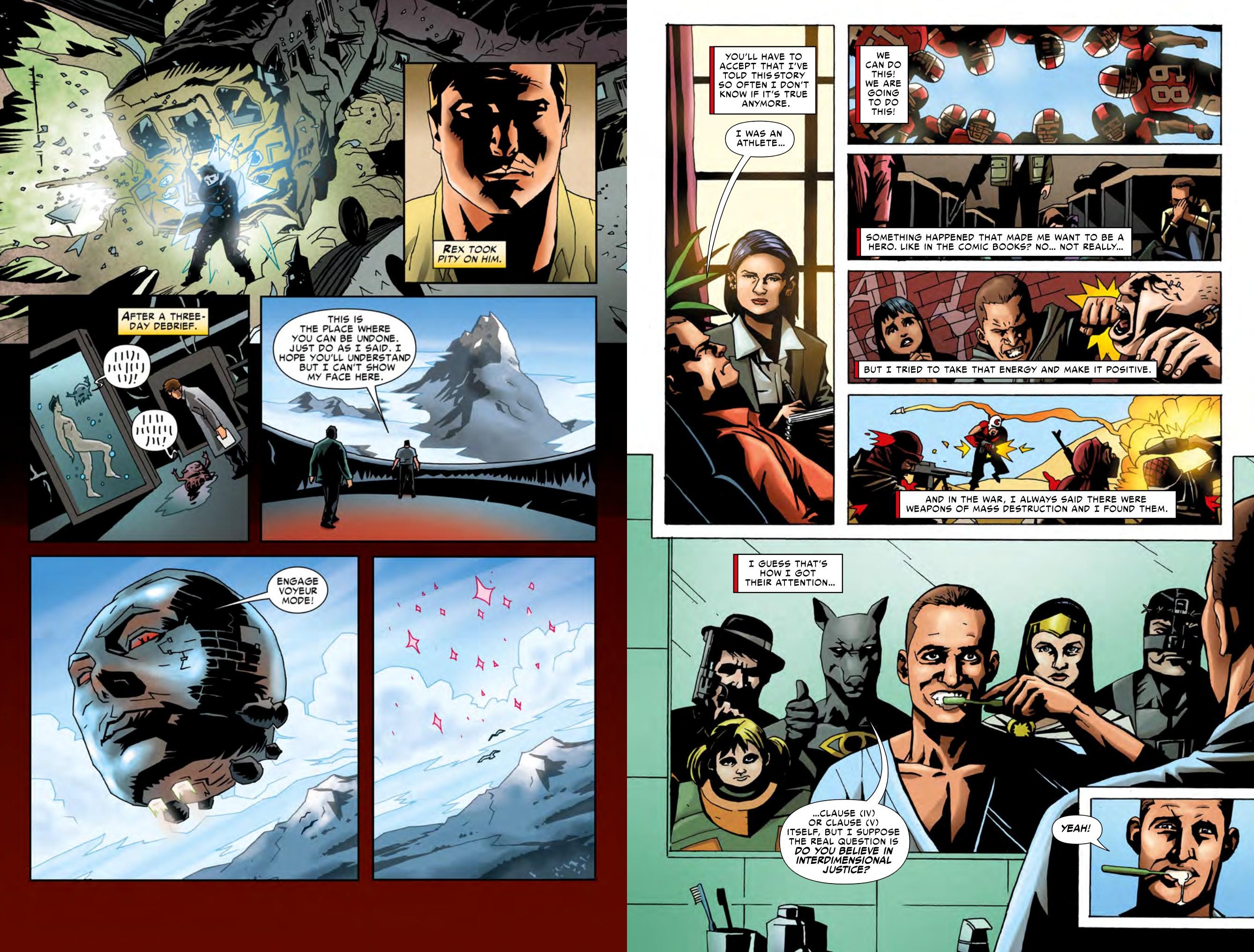 Rex Royd is a graphic novel bursting with big ideas so often just frittered away, tossed out as a line or two as Frankie Boyle prioritises his lead character. Rex Royd is infinitely rich, infinitely powerful and a complete and utter tosser, Lex Luthor taken to extremes and allowed to swear at people. It’s a viable starting point, but also the proverbial rod for the back if there’s little to like about the person carrying a story. A way of getting around that is via a sympathetic supporting cast, but Boyle doesn’t bother with that either, so there’s just page after page of rampant ego strutting about in amazing worlds. Again, with all the strikes against the cast, some of the ideas are good enough that an awe-inspiring visual interpretation would distract enough to draw attention away from the deficiencies, but as seen from the sample pages, neither Mike Dowling nor Budi Setiawan are able to supply awe-inspiring. Rex Royd was Dowling’s first published work, and his improvement from the start is obvious, but even his best later pages are promising rather than fully formed work, and the earlier ones awkward. Setiawan starts at a higher level, but is still an artist learning on the job.

Boyle parades his excuses early, his introduction noting his purpose was to produce something that worked on a poetic rather than a literal level, which is something even Grant Morrison is hit and miss with after a thirty year career. Boyle also explains that the story is structured as a series intended to mimic the feeling of buying a comic, but missing issues every now and then. It’s ambitious, and worked with Mickey’s Craziest Adventures, but not here because what’s lacking is any continuity and purpose beyond Rex himself. Boyle satirises Superman, James Bond, Mad Men and others, but with no real wit behind the satire, yet some of the throwaway concepts have legs. Rex wiping his own memory and believing himself to be one of his own bodyguards is neat, an idea worth some time.

As seen on TV, Boyle has (or pretends to have) an aggressively bleak worldview, and that seeps through to Rex Royd, where much of the content is deliberately provocative. Boyle credits Jim Muir, his co-writer for the first two chapters, for a killing God sequence guaranteed to offend pretty well anyone, but much of the remaining gratuitous sex, violence, and attitudes comes across as contrived. It reads as if designed to generate calls to Britain’s more reactionary papers who’ll fall for the old trick of inadvertently publicising the very thing they’re targeting with their outrage. Of course, Boyle’s no stranger to controversy.

A glib detachment saturates Rex Royd, everything tossed off as a joke, the distancing commentary even delivered by Boyle’s representation in the final chapter. If Boyle had explored some of his viable ideas then there might have been something memorable, but instead there’s a feeling that he’s deliberately supplied the Emperor’s new clothes to see if anyone will call him on it. Is Rex Royd big? Is it clever? You decide. Is it just a novelty? Yes. 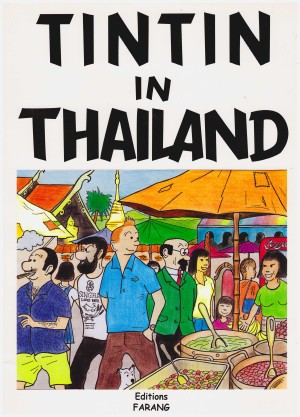