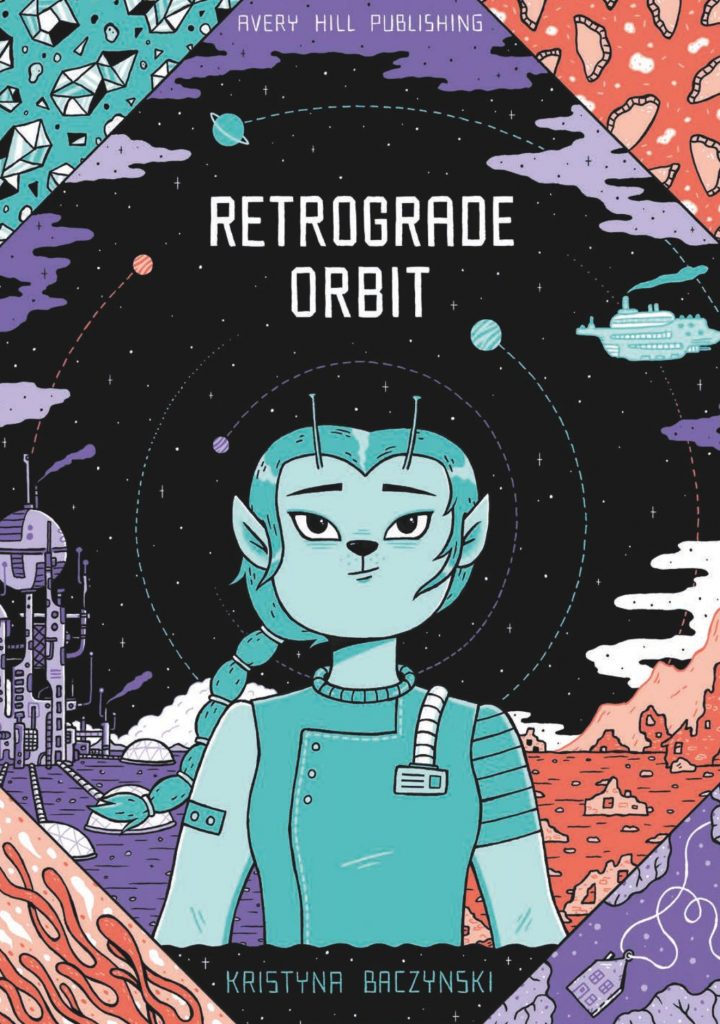 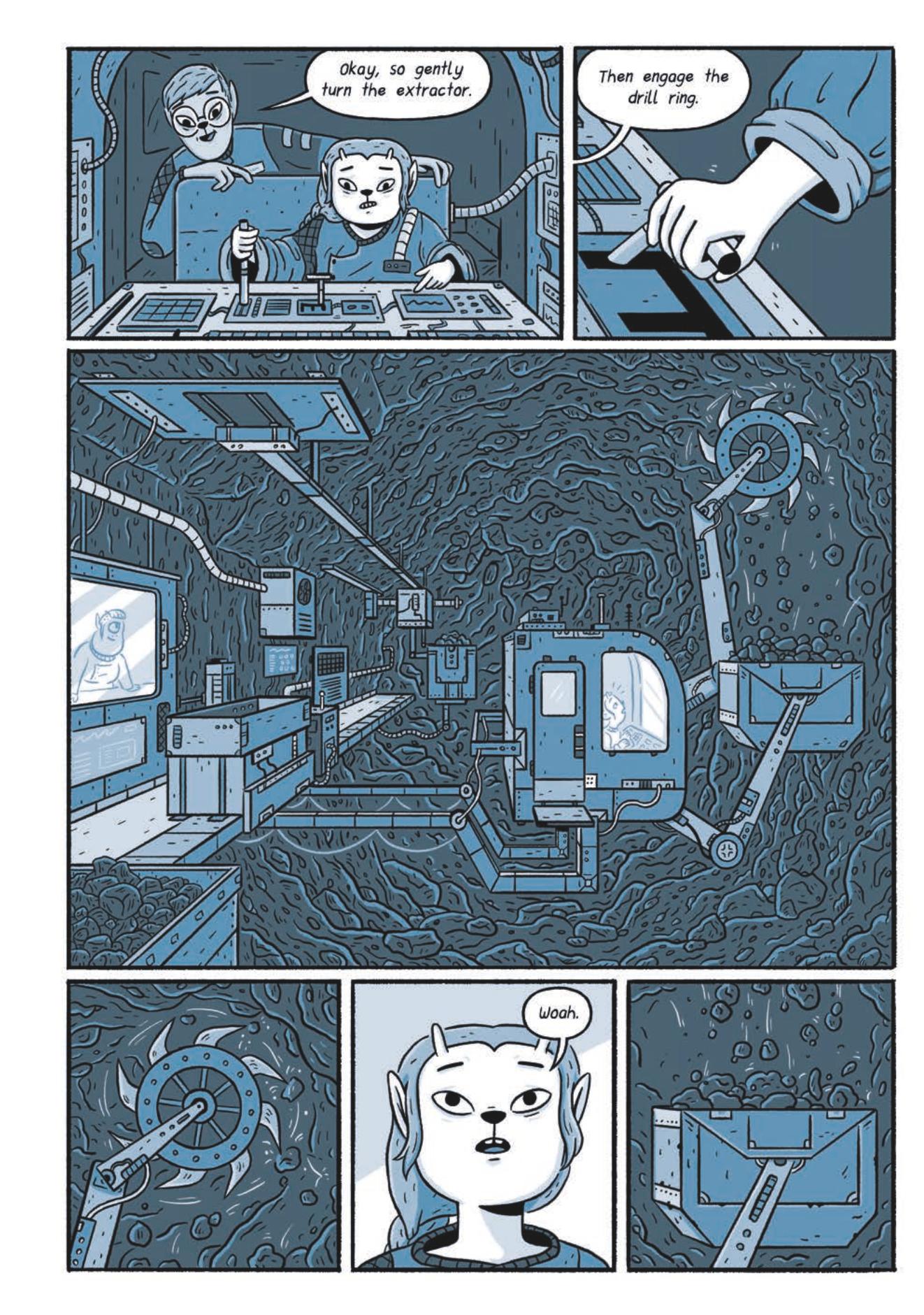 We first meet Flint at twelve, a third generation refugee from an advanced community on a different planet, Doma. Her grandparents were forced to move after an accident rendered much of the planet uninhabitable, and from a young age she’s heard stories about how wonderful Doma was in comparison to her present life. Her parents have separated, and Flint’s mother works in the local mining operation, attempting to make ends meet, and in the way of all youngsters Flint isn’t aware at first of the sacrifices made to ensure her wellbeing. When she’s old enough Flint takes on an apprenticeship at the same company, but is slapdash, affected by a disillusionment. She’s always been fixated on Doma, which represents the hope of something better.

Kristyna Baczynski’s story at first appears to be an allegorical tale of modern refugees, but that’s not the case. If anything it’s more to do with square pegs in round holes, and becomes a fable about following your dreams wherever they may lead. The passing of time is well established, reinforcing that Flint’s preoccupation is no passing fancy, and if anything, the older she becomes the stronger the pull of what’s to her a mythical better place. The cartooning is strangely two-dimensional, but works in conveying the emotional necessities of Flint’s yearning, her friendship with Zed and the sometimes strained relationship with her mother. Colour is well used to separate the different stages of Flint’s life, gradually moving from a turquoise to rich red as she becomes more fulfilled.

Retrograde Orbit convinces that Flint is a lost soul, her true sense of identity inextricably linked to a place she knows only from stories, a need bubbling up from within fermenting discontent as long as it’s unfulfilled. If not personally experienced, we all know someone possessed with the feeling of not belonging, so the Baczynki’s tale strikes a chord. It’s subtle and it’s leisurely, a story that sneaks up to stay with you, and a real bravura effort for a first graphic novel.