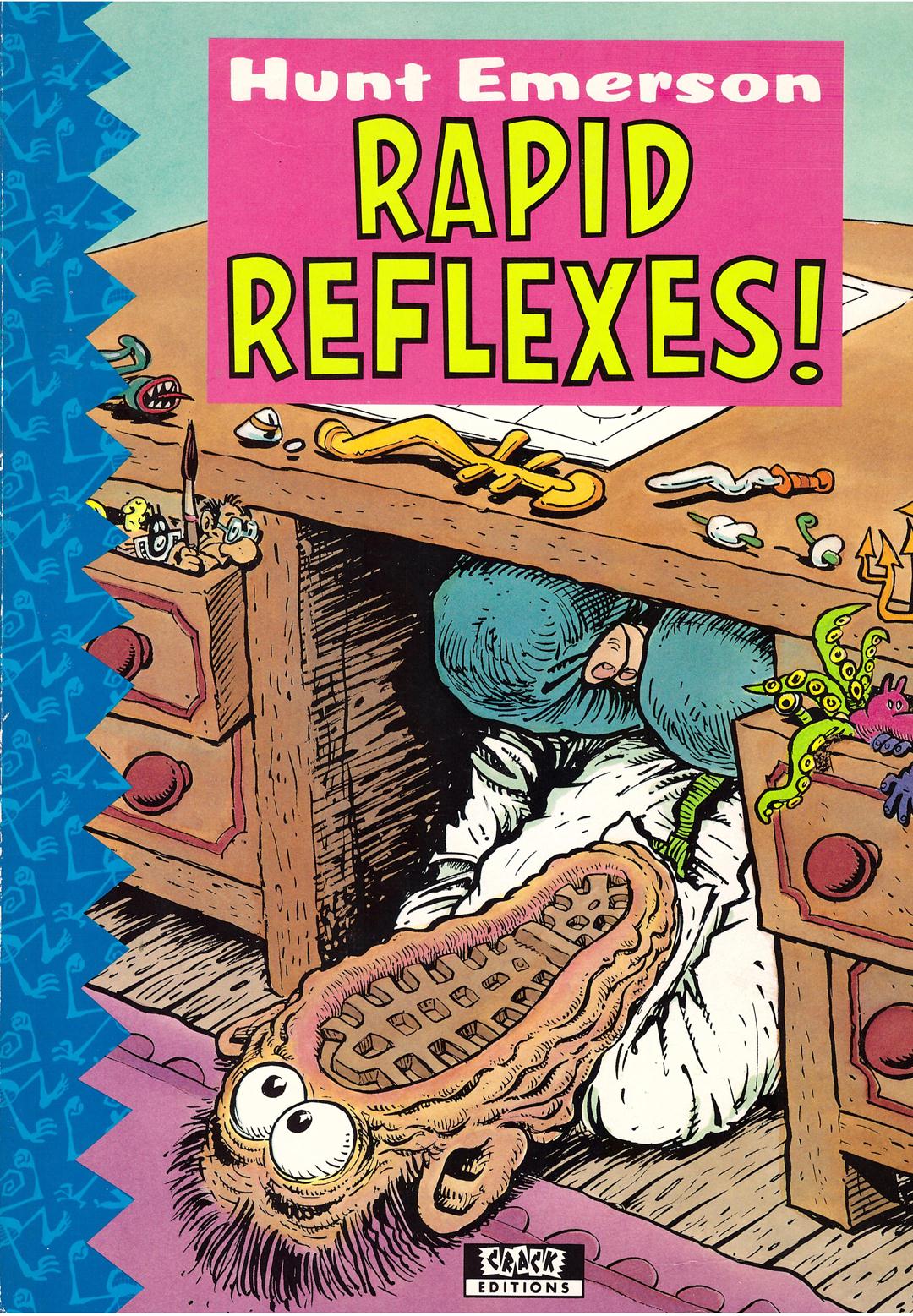 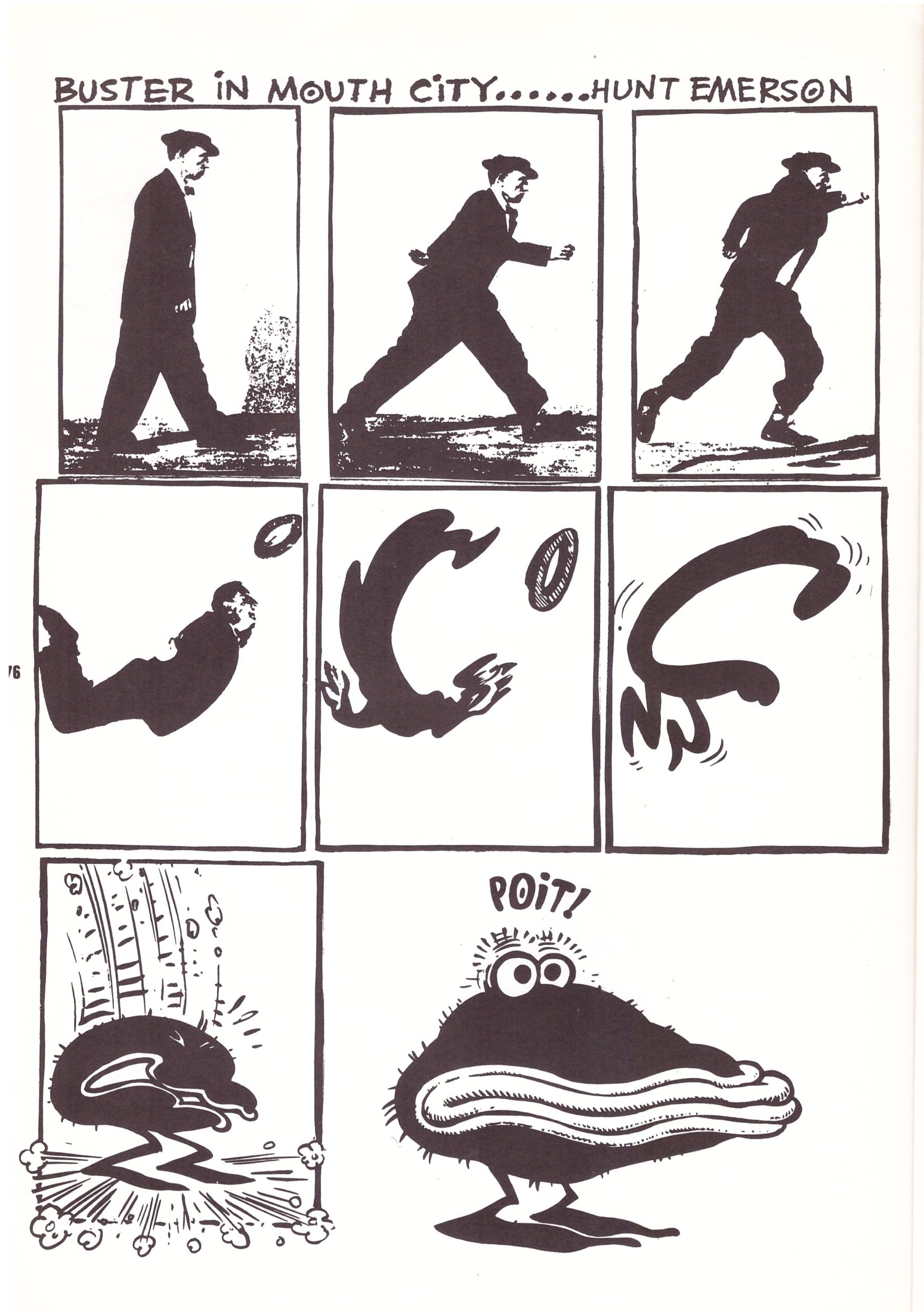 Seven years after The Big Book of Everything, Hunt Emerson discovered he had more to give after all, and a second gathering of assorted shorter strips was duly issued by Britain’s greatest living cartoonist.

This is Emerson the mature artist, still experimental, but now a master of his techniques, knowing how to compress a story to its essentials for a fast paced read, and even more imaginative with it. He’s still willing to put the work in, if occasionally his collaborators leave him no choice. ‘The Last Supper’ is a writer’s strip, one of four produced by stand-up comedian John Dowie, the joke being conversations taking place between Jesus and his disciples beginning with an approximation of Da Vinci’s painting of The Last Supper. No artist would conceive a strip requiring them to reproduce around ten variations of a detailed painting. Yet Emerson’s own piece about a hippie’s rambles about the music festivals of old is equally busy, featuring great caricatures of old bands. Collaborations with Alan Moore (taken from Outrageous Tales From the Old Testament) and Tym Manley (from Seven Deadly Sins) also feature.

There’s a surprise return for Bill the Bunny in the otherwise downbeat disintegration of a polar expedition, a cat of a very different stripe from the better known Calculus, a bizarre fairy tale about a witch and a hermit, a worm chase and the cautionary tale of the Thunderbean. Most of these were originally produced for the Knockabout anthology albums, but one following the next is better representation of Emerson’s virtuosity.

The strangest strip closes the book, reworked to improved effect from Knockabout 14. A character Emerson’s used sparingly over the years is Citymouth, a nightmare waddling blob on two legs, its mouth gaping open and a city within. That’s strange enough in an earlier strip also featuring a dentist Godzilla, but the closer begins with shopped in images of Buster Keaton transforming into a Citymouth (sample page), finding himself alongside several other newborns in whose mouths cities begin growing. It ends in an apocalyptic mess, the final page restricted to sound effects, clouds, rubble and Keaton walking away. When conversations turn to surrealist masterpieces, why is this never mentioned? 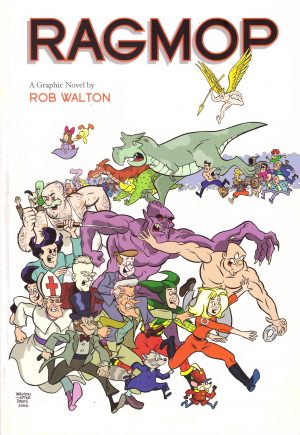 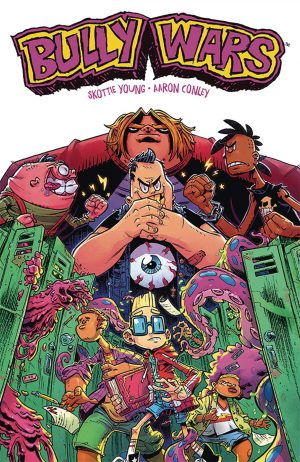