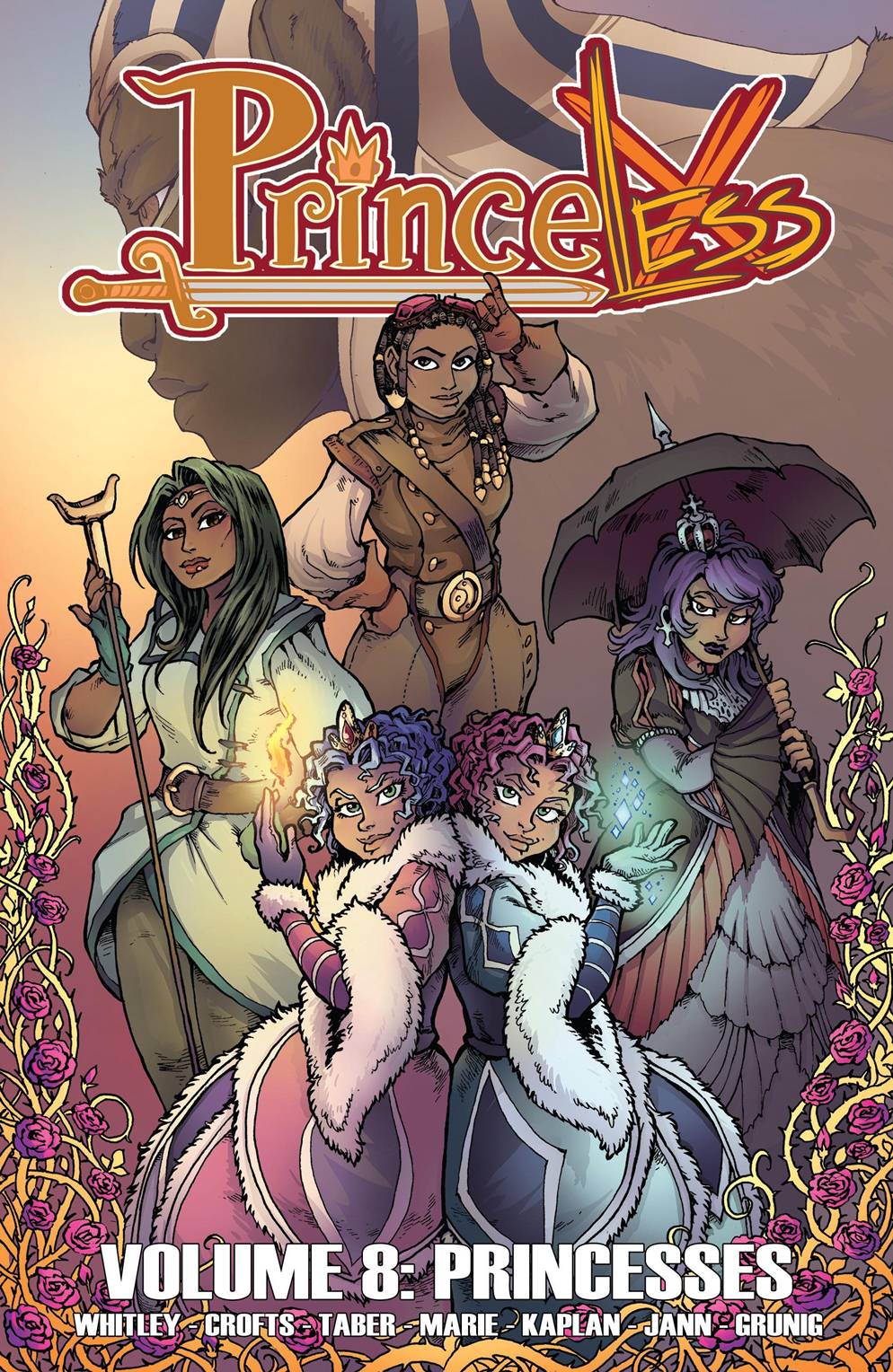 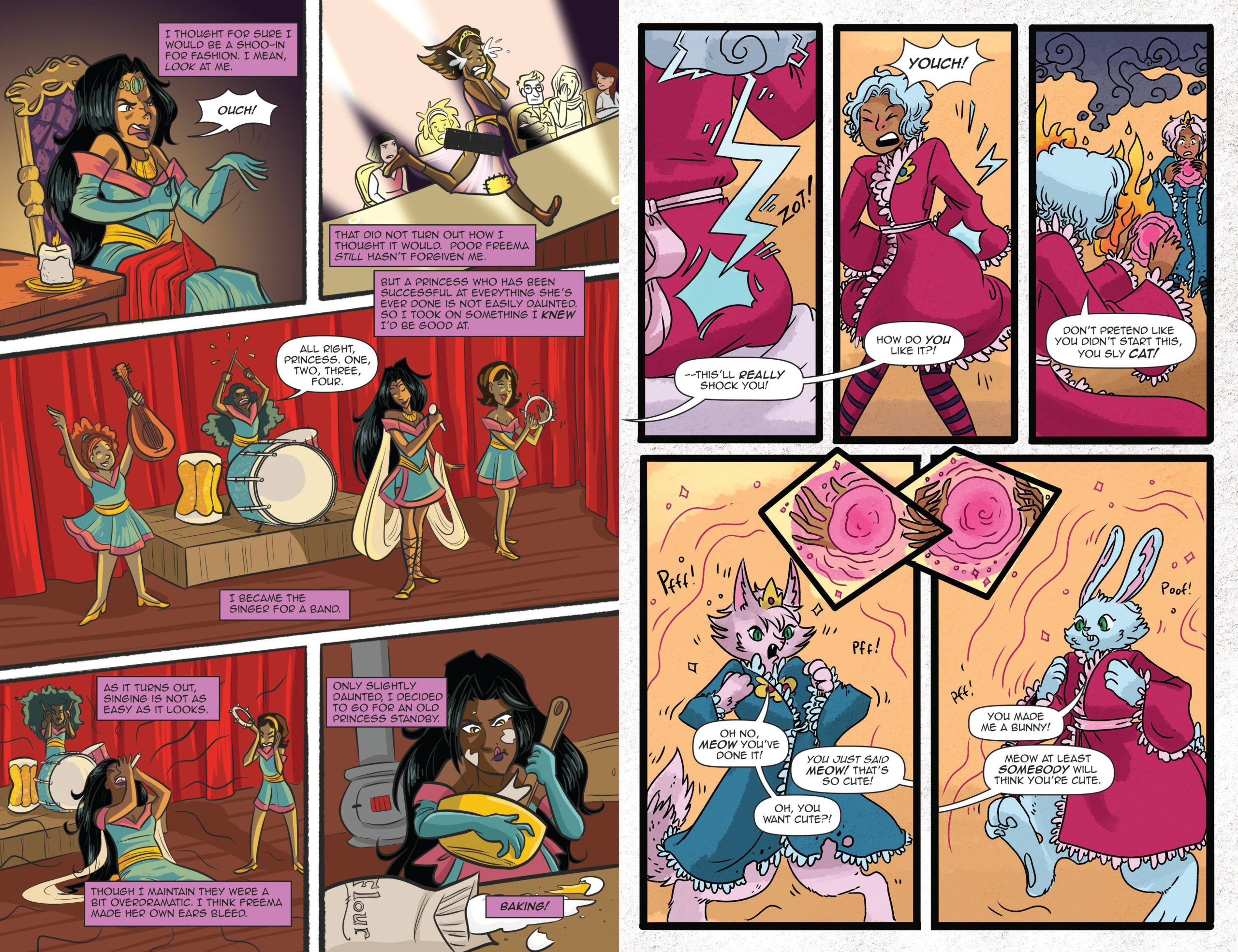 What might have been expected from Princesses is the all-out war and rebellion against King Ashe that looked to be on the agenda after what we saw in Find Yourself. That’s not what we get.

Jeremy Whitley has always been a writer fond of a diversion, but over the course of Princeless has become increasingly proficient at ensuring those diversions count. Instead of inducing frustration at the pause in the plot, he sucks the readership in by providing something of equal or greater value. The reason this volume deviates from the title format accorded Princeless volumes is that it’s different. Until now Adrienne’s missions have been to rescue her sisters from the towers in which they’ve been imprisoned. Each of these rescue attempts has been successful, but never in the way that Adrienne anticipated, and in Princesses Whitley looks at either events prior to Adrienne’s arrival or after her departure.

From the shallow Angelica to the industrious Alize, each sister is given a spotlight chapter, and while we may think we know who they are from their previous appearances, Whitley manages to bring something new to all the princesses. The left sample page is Jackie Crofts’ cartooning for the Angelica chapter, which is brilliantly conceived. She needs a form of validation beyond the deference accorded a beautiful princess, and the way that comes is inspirational, with Whitley hardly hiding that it’ll have practical value in the future. Angoisse’s story is the slightest piece, highlighting unfettered logging, but it’s followed by a hilarious satire on Presidential debates. When Whitley reaches squabbling twins Andrea and Antonia it’s all-out farce, their combative relationship not one that’s changed for Adrienne’s visit. He begins with a look at Alize, already comfortable and fulfilled before Adrienne came calling, and in a touching story we see how she became that way.

Four artists new to Princeless each take on a chapter. Their styles are different, but the needs of the stories are different. The tidy exaggeration employed by Crofts on Angelica’s exploits hits the spot. Kaitlin Jann supplies the sensitivity needed for Alize’s growth, while Robin Kaplan nails the slapstick needed for Andrea and Antonia’s antics. Newt Taber is still a work in progress, the characters stiff while the layouts could be fresher, but there are enough signs that the decorative Archie style will evolve into something stronger.

Instead of a frustrating interruption, Princesses is a charming delight, and the main story picks up again with Love Yourself. 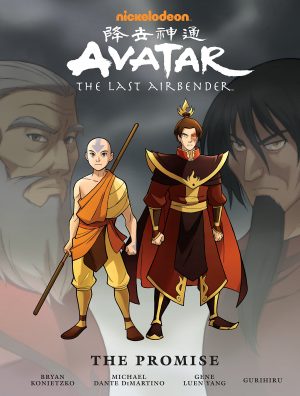 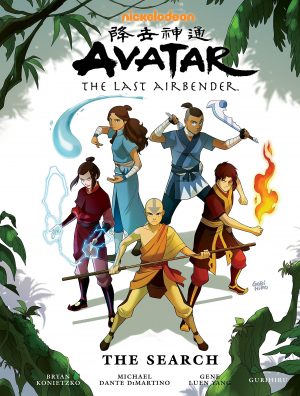 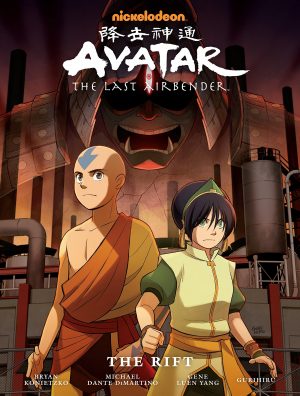 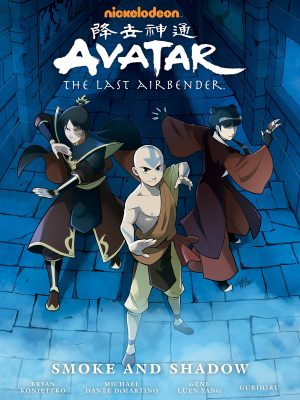