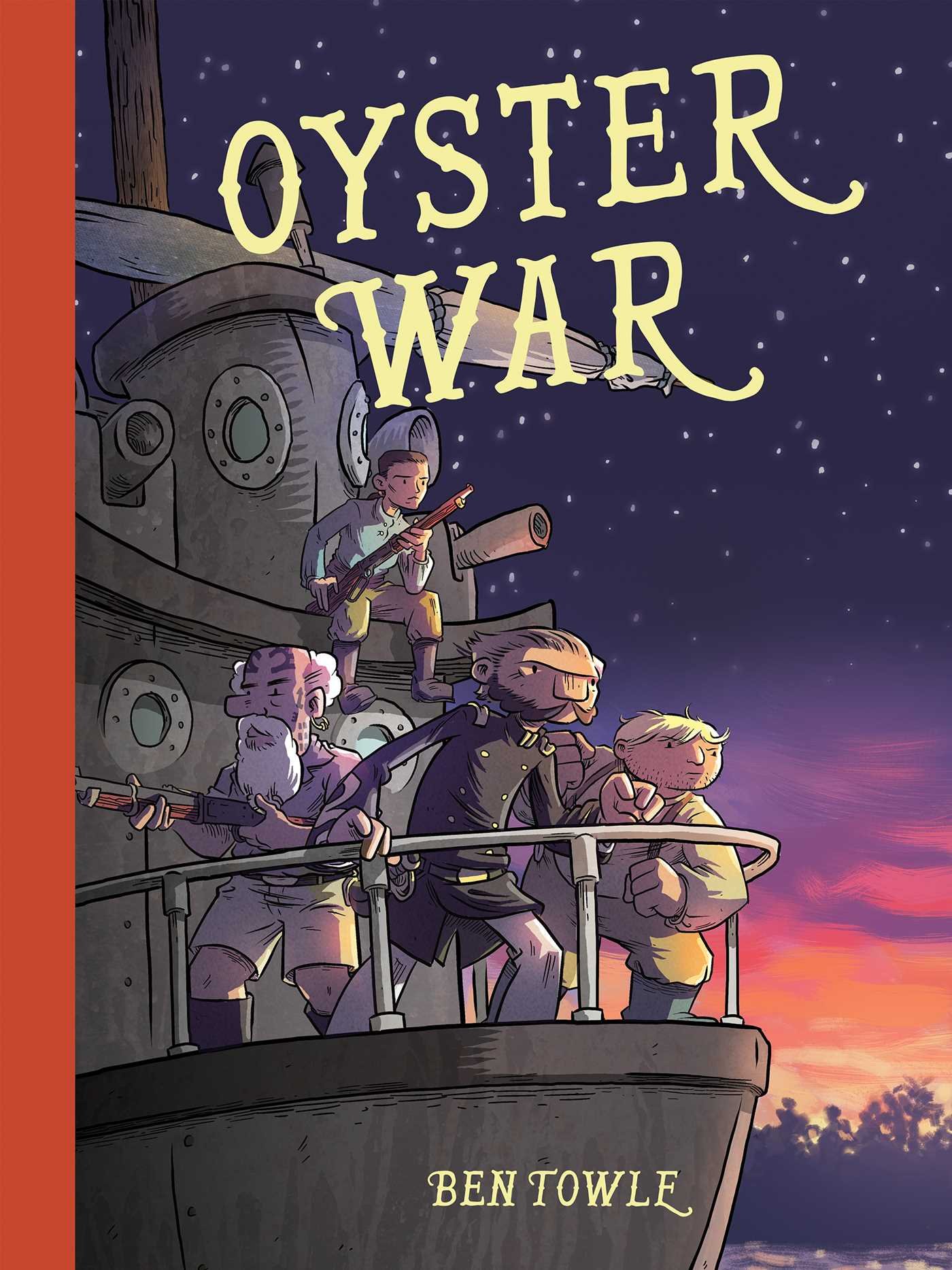 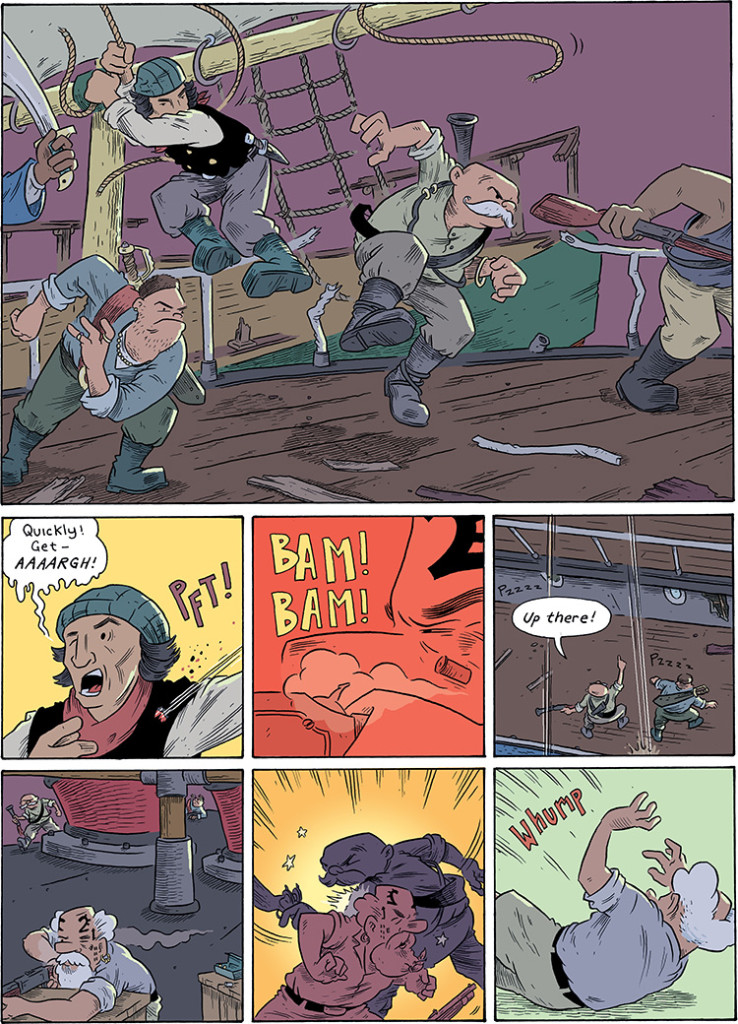 Blood’s Haven prides itself on the quality of its local oysters, a crop that guarantees a living for the maritime community. However, latterly Treacher Fink and his pirate crew have entered their waters, and worse still their method of dredging the sea bed results in massive short term gains at the cost of destroying the breeding ground. The locals won’t stand for this, and old salt and governer, Commander Davidson Bullock equips a metal boat and heads out to sea. He may seem an old duffer who’s constantly using the wrong words, but he’s possessed of steel resolve. Unfortunately for him Fink is a man of broader ambitions.

Ben Towle’s charming graphic novel is set at some vague point a decade or two on from the US Civil War, drawing on history and myth to provide an engaging all-ages adventure. It’s well researched, filled with eccentric characters, and twistingly plotted, but the greatest strength is Towle’s personable cartooning. His speciality is creating locations any child and plenty of adults would love to visit. From the opening scene of Blood’s Haven and its beguiling community of ship-like houses on stilts, place after place fascinates. In terms of look and the atmosphere of magical realism there’s much to connect Oyster War with Aaron Renier’s beguiling Walker Bean stories, and Oni Press have played their part by producing an attractive, cloth bound hardback complete with reflective elements in the title. It’s a book the child who’ll happily read will want to own.

Much of the story is told without words, yet easily understood and beautifully choreographed. Towle further gives an understanding of his cast via their look alone, featuring an admirably broad selection of nationalities. In the back of the book he explains some of his references, including some surprising details about what’s just been made up. Oyster War is an imaginatively satisfying read for any youngster and the parent who may have to read it to them. 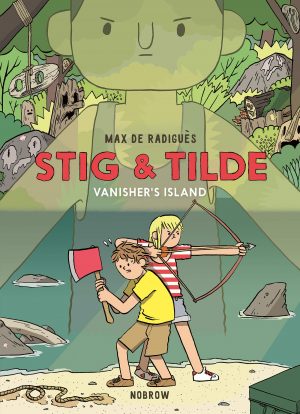 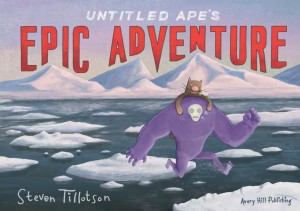 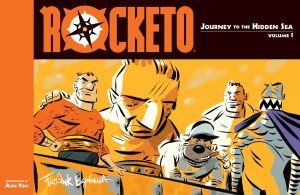