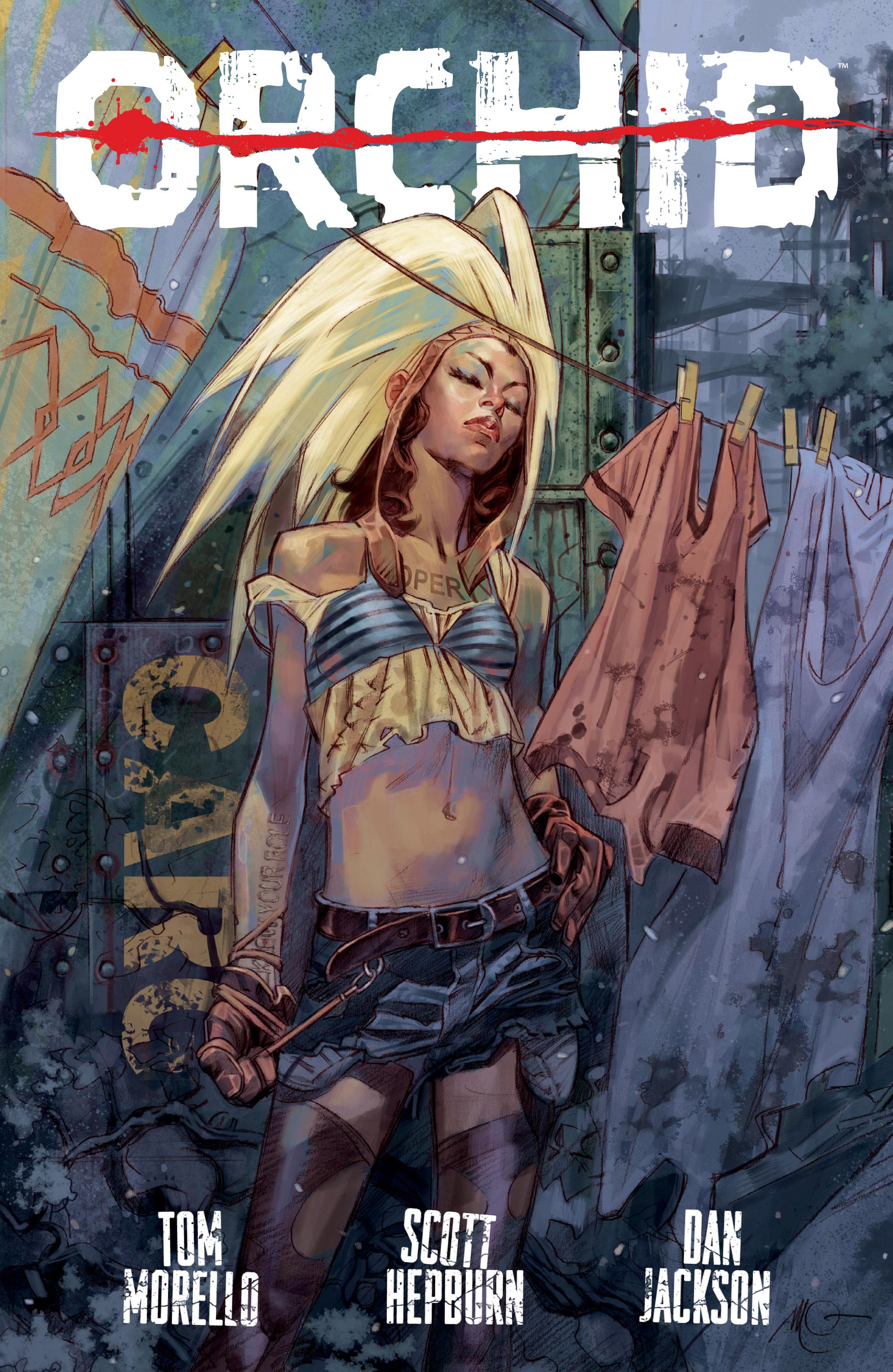 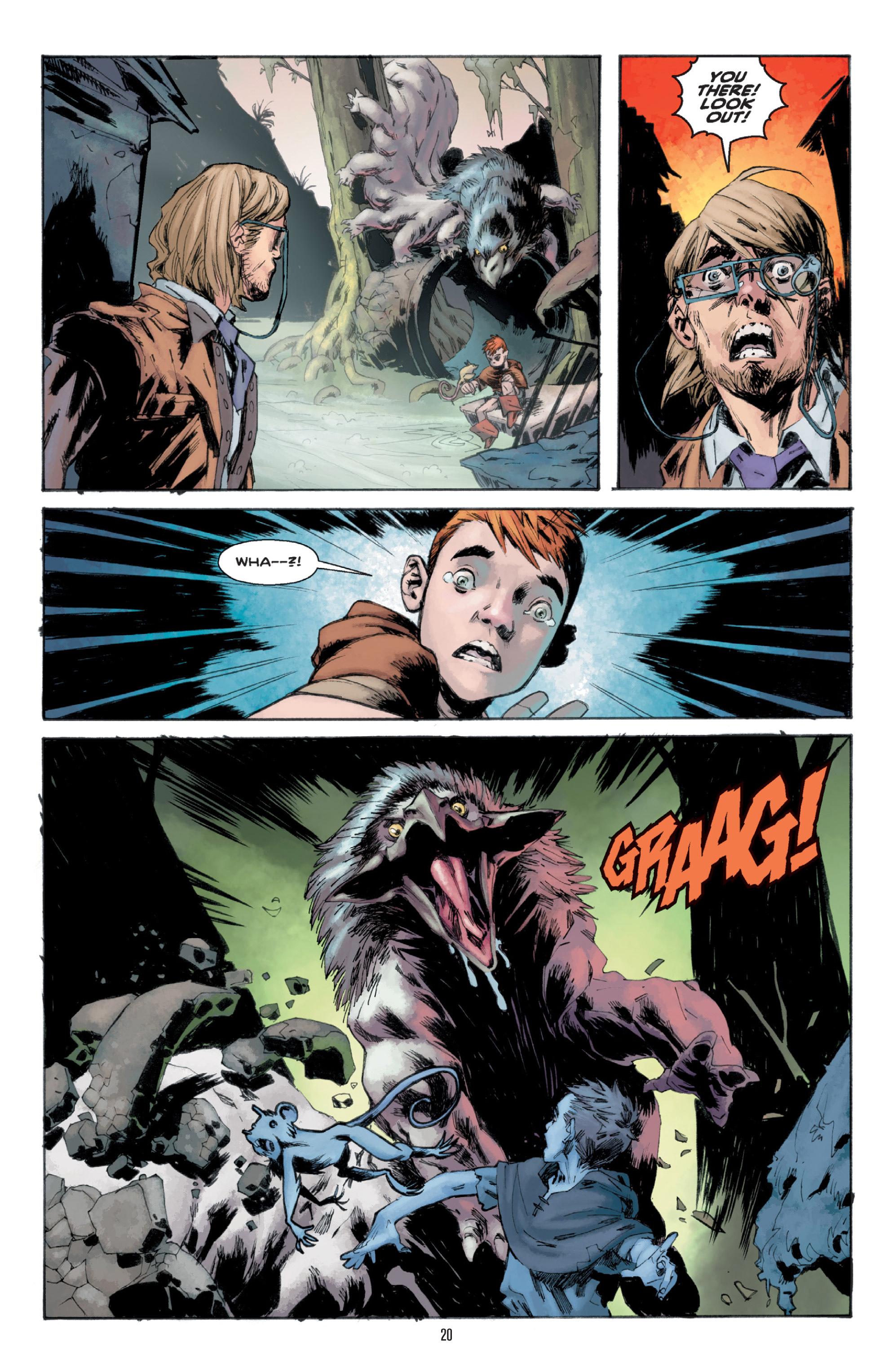 There’s a tidy and compact four page opening sequence introducing Orchid in which creators Tom Morello and Scott Hepburn establish how the world in which their story is set evolved from the one we know. Briefly, pollution has consequences, civilisation has devolved, the wealthy retreated to fortified castles at altitude leaving the poor to fend for themselves, and one rebellion has already failed. Further such sequences open every successive chapter.

The underclass have a horrendous and often brief life scrabbling about for an undignified subsistence level existence in stinking hovels, and any infraction is harshly dealt with. So why Orchid, a refined flower of rare beauty? We also meet her in the opening chapter, feeding her family via prostitution, but that changes as she’s abducted to the slave camp along with her younger brother and a rebel called Simon. He may spout revolutionary dialetic that only he understands, but also has knowledge available to few and the mask of former rebel leader China.

As proved by the background interludes, Morello’s put a lot of thought into how his society came about and the various possibilities within it, yet all too much of this opening volume is a stumble from one danger to the next. The episodic structure brings to mind nothing so much as a late 1970s 2000AD serial with the purpose being to thrill from week to week with new dangers while only a vague objective hinted at an ending. Every new character introduced has a backstory that ties into the bigger picture, but one that’s explained anyway. As acknowledged by the trilogy presentation, Morello’s aiming for the epic, but doesn’t let it evolve naturally.

Hepburn has a busy European style of art, furthering the 2000AD comparison. He avoids the straight line wherever possible. His buildings are skewed, his clothing rumpled and baggy (with the exception of Orchid herself), his beasts are matted and bulky and his panels are detail-packed. It all combines for a messy look that characterises Orchid’s world well.

By the end of this opening volume the revolution appears to have found a figurehead in surprising circumstances, and it leads nicely into volume two. It’s also worth mentioning that Morello’s had a more than successful career as a musician, and he’s taken the extra care to soundtrack each chapter, with download codes included. 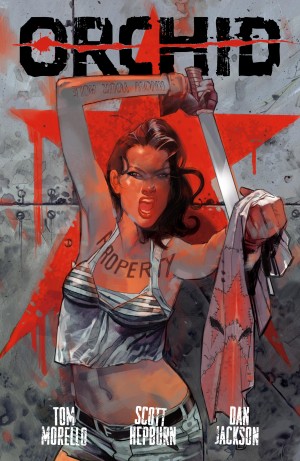 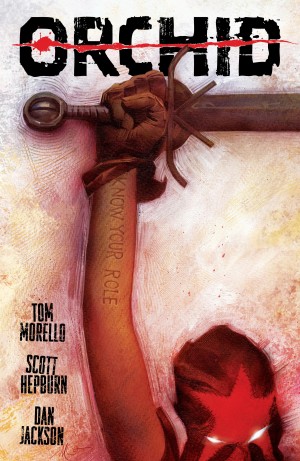