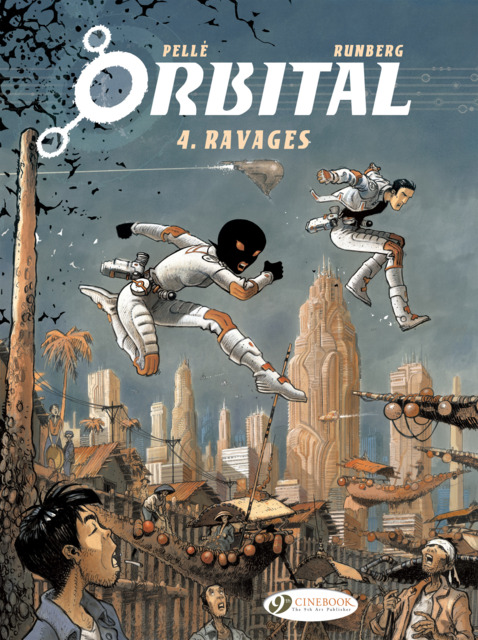 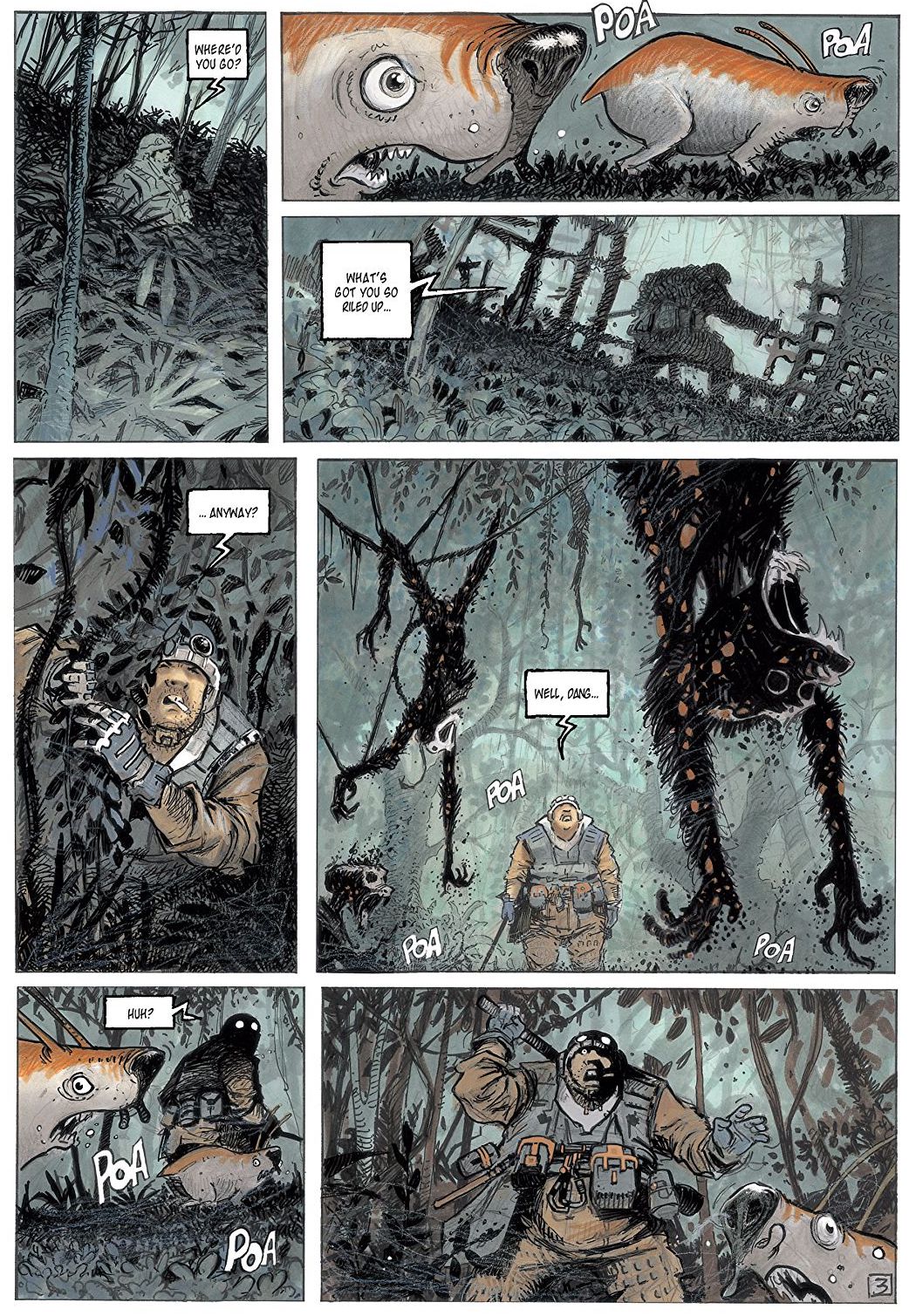 Nomads, the previous book, and first half of this two-part story, firmly established our Kuala Lumpur setting. Caleb and Mezoke, 23rd century diplomat-agents, have been tasked with running security for an important ceremony. However, a dispute between native fisherman and nomadic aliens that have settled nearby threatens to derail the event.

Against a backdrop of civil unrest, political machinations and unlikely alliances Sylvain Runberg has our heroes investigate the deaths that sparked the dispute. Their pilot, Nina, and her bio-ship, called Angus for reasons that might be funny in the original French, finally find out what’s attacking everyone, and realise that they’re up against something far more formidable than a bunch of tooled-up Malaysian fishermen.

One of the themes of this book is that, while Caleb and Mezoke may well be uncovering things that the Confederation would rather remain secret, they’re not above lying themselves if the situation warrants, in this instance, to prevent a widespread panic and ensure that the ceremony goes ahead. It must be said that the human, Caleb, is far more comfortable with this course of action than his alien partner. Later in the book he’s about to torture one of the Rapakhun, the peaceful nomadic aliens, to find out what he needs to know, but is stopped just in time. This suggests Caleb is very much in the mould of Jack Bauer from 24, prepared to do absolutely anything in the belief that he’s justified because it’s for the greater good. Mezoke, on the other hand, seems far more principled, and is clearly uncomfortable when Caleb holds a press conference that’s an exercise in alternative truths and fake news.

A great deal of the book is a tense game of cat-and-mouse, as first Nina and Angus, and then all our core group, hunt the entity that’s causing all the bother. The team also gains a new member, in the shape of a cool-looking goat dude that survived an encounter with the being they’re hunting. Without giving too much away, their prey’s main strength is something that presents artist Serge Pellé challenges when it comes to depicting it, but it’s a challenge he rises to admirably.

Interestingly, the translators or publishers seem to have opted for ‘crap’ as an expletive rather than the ‘shit’ that appeared in earlier books. With this one small change there’s really nothing that would worry a concerned parent, although the book still has a 12+ rating.

Ravages is a strong addition to the series. The second mission is an improvement in all sorts of ways, with Pellé continuing to improve and impress. Runberg handles his part with aplomb too, providing a story that moves at a fair pace while still leaving room for interesting character development. The ending is very dramatic, and leaves a big question mark hanging over the survival of one of our main characters. If you want to find out just who survives, and how, you’ll have to read the next book, Justice. 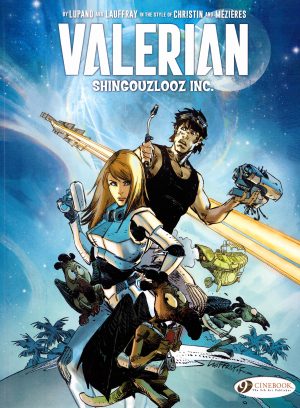