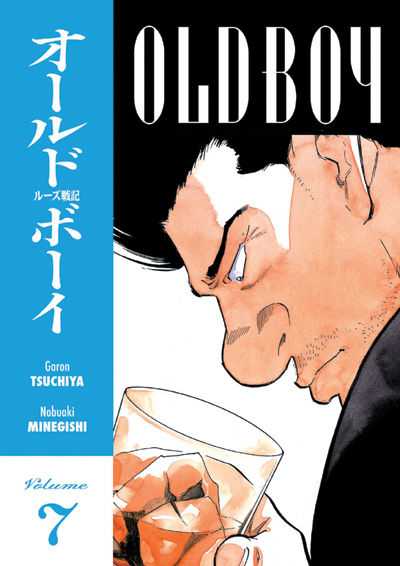 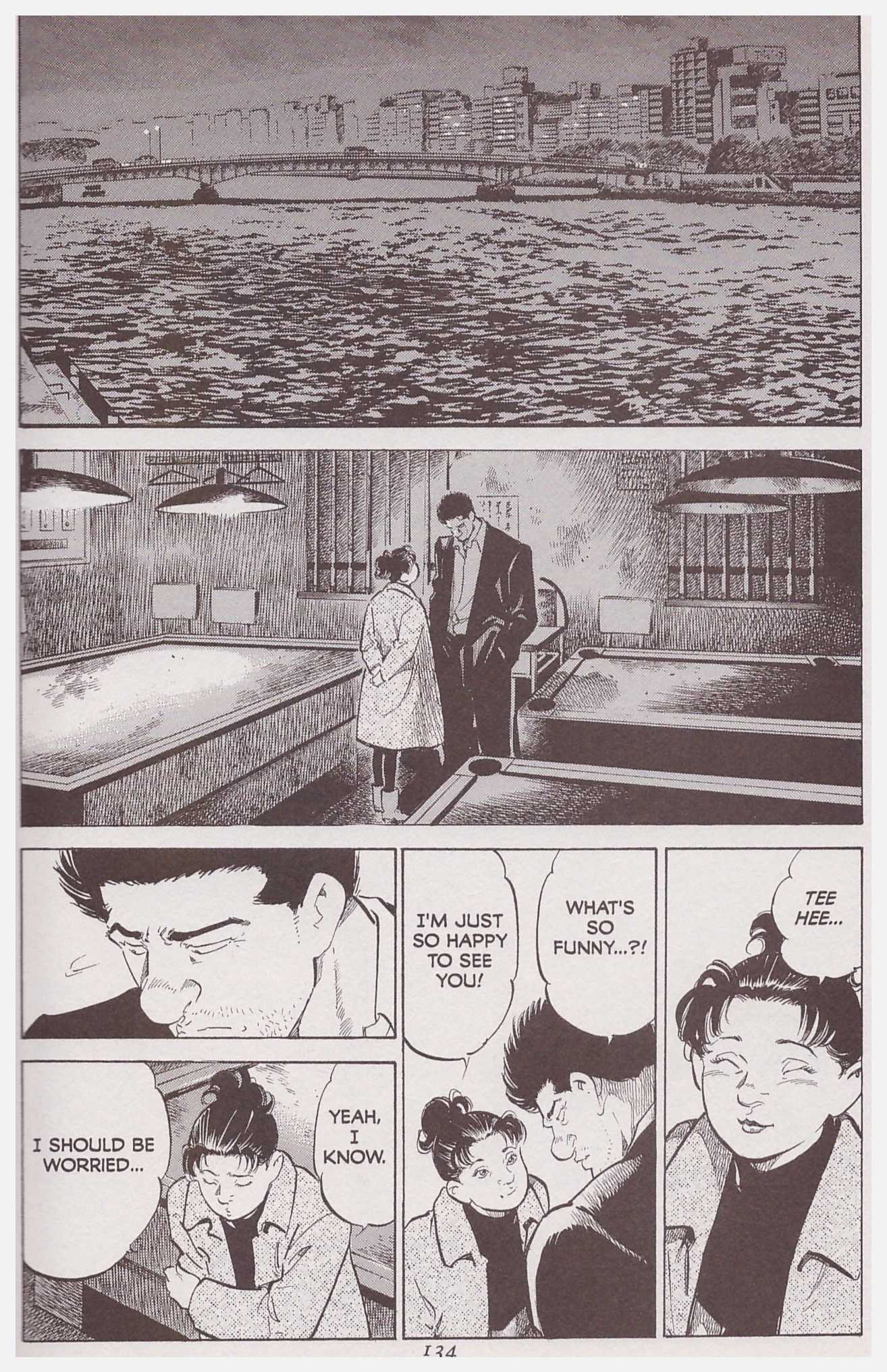 The tide is beginning to turn in Old Boy. Goto may have dipped into despondency, but his alliance with his former primary school teacher Miss Kusama, now a crime writer, offers hope. Contriving situations to outwit predators is her stock in trade, and the thinking required transfers to the real world. Until now the person who paid for Goto to be incarcerated for ten years has called all the shots, but a tremendous conversation in volume 6, as harrowing as it proved, also provided the means to anticipate and fight back.

As the situation stands, Goto’s life is at stake if he cannot recall the incident from childhood that set his tormentor against him. An earlier book divulged a reluctance to sing on Goto’s part, and this now proves not to be just a random character trait. Garan Tsuchiya’s plot for this volume calls for that to be exploited in an extremely awkward scene. It’s not just Goto who’s endangered, however, and the scenes of Goto and Kusama are followed by the tension being derived not from ignorance but from impending danger.

Nobuaki Minegishi’s artwork has been superb, thin lined elegance equally adept at detailing personality and environment, and that’s the case again. If there’s one problem, though, it’s with the portrayal of Miss Kusama. Even assuming she’s taken care of herself, she’s meant to be the woman who taught Goto when he was twelve, but consistently appears to be roughly his age.

A beauty of Old Boy is that so often a volume synopsis appears mundane in print. Why would anyone want to read about a pair of characters tracking down a song to provide a karaoke bar rendition, while the third lead occupies himself by studying notes? It’s all in the execution, and with every volume Tsuchiya’s pacing and leisurely disclosure is a rewarding and compelling brew. As with all good serialised thrillers, the closing section exploits a perfectly logical element that most won’t have given any thought to, making it inconceivable that readers won’t return for the conclusion.