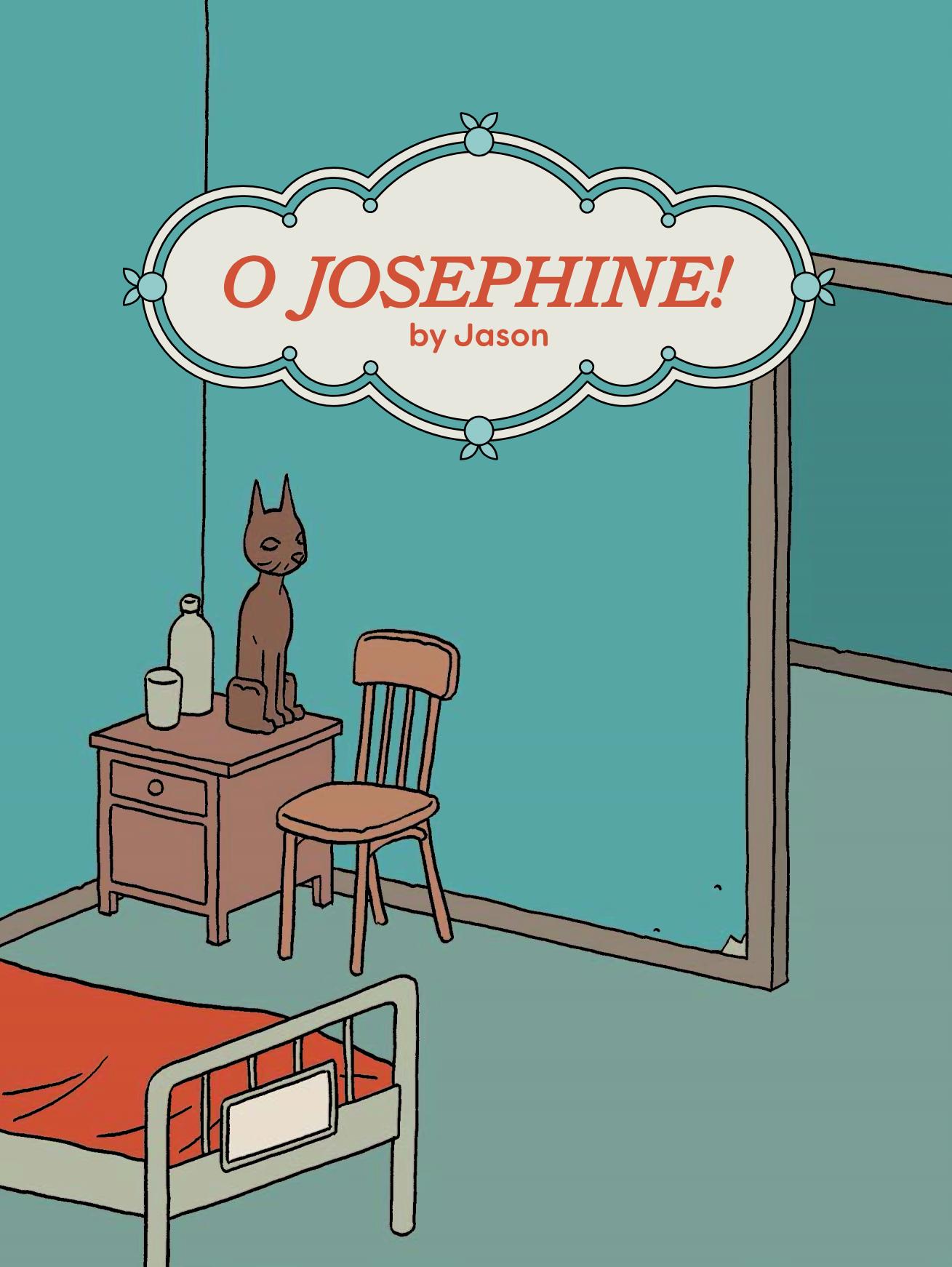 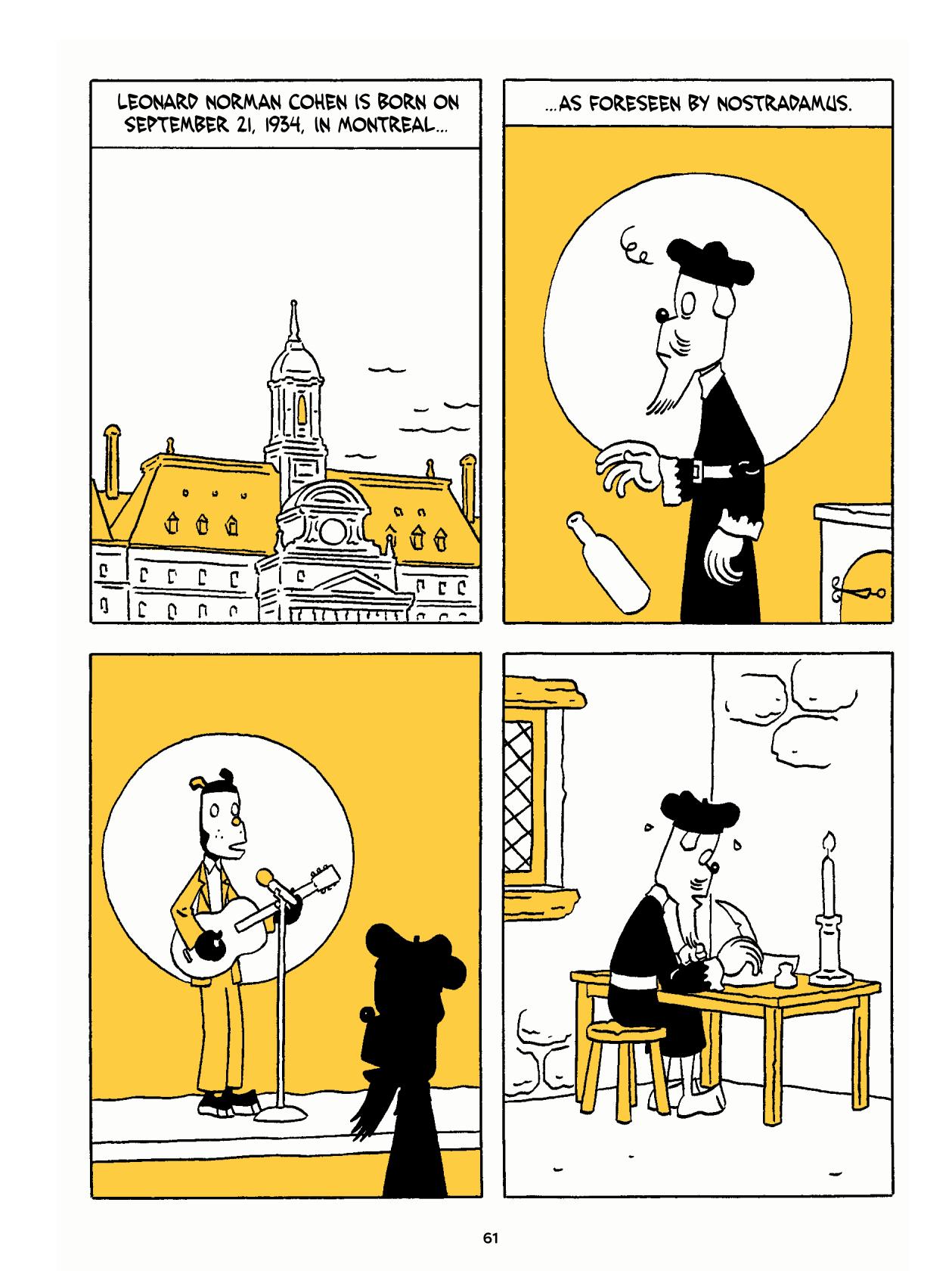 Since Fantagraphics began combining several of Jason’s stories to a hardback volume they’ve all been varied and interesting, but crucially all have featured fiction. Until O Josphine. Jason has never restricted his work to a single genre, but while some of his stories may have been fictionalised versions of real incidents, it wasn’t until the 2017 release of On the Camino that he attempted autobiography. It detailed his walking of the Camino de Santiago, and the distanced approach to a subject that’s such a strength in his other work just led to lack of involvement when applied to himself. ‘The Wicklow Way’ is a reprise, with Jason taking another walk, this time in Ireland, the observations ordinary, and Jason’s simple art not suited to conveying the beauty of nature. It’ll be a fine personal recollection for Jason in years to come, but doesn’t offer much to readers.

A contemplation of Leonard Cohen would be a more successful piece simply for Jason initially giving something of himself as he considers Cohen’s life, but it’s far better than that for developing into something else entirely, beginning with the whimsy of the sample page. It’s a story of 20th century cultural touchstones with Cohen forever on the periphery, Jason slyly twisting references to his career and lyrics. Cohen’s introspection is reversed into a pugnacious character forever fighting legends, while his wanderings become myths as Jason contrives a series of ever more hilariously improbable breaks from music.

The final two pieces are more conventionally Jason, which is creatively unconventional when compared to the work of others, dissections of his protagonists as they experience stressful or life changing circumstances. The two people first seen observing a third party become subjects for observation themselves in ‘The Diamonds’, which Jason treats as if it’s an eccentric TV crime drama, something like Fargo for instance. He employs TV style cuts between scenes, enigmatic conversations and a deadpan presentation of the ridiculous as everyone becomes compromised in some way.

Historical mash-up fantasy is the basis for the title strip, as Jason imagines Napoleon Bonaparte obsessed with Josephine Baker, starting with the whimsy of Napoleon’s battles as a cowboy film. That’s not the way it continues, which is unexpected. Were it not for the people involved and the anachronisms ‘O Josephine’ would be a common story of couples who’ve split fighting tooth and nail about a particular item from their shared life. Jason takes this one step further by extending it over a considerable period and involving their children in what would be melodrama were it not for the distanced technique. Instead it’s formal, yet poignant.

O Josephine may start slowly, but remains true to Jason’s variety act status, and even discounting the opening strip as disappointing there’s a full portion of what his fans want. 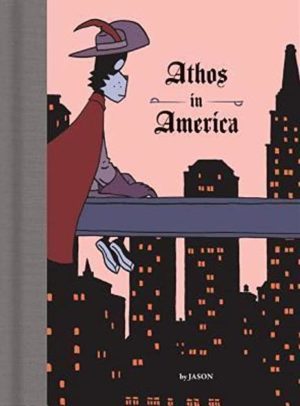 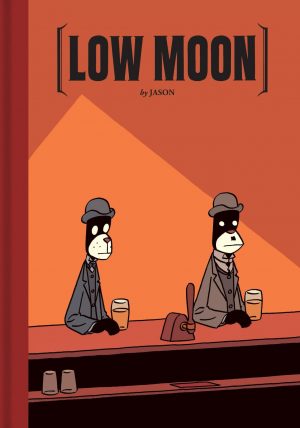 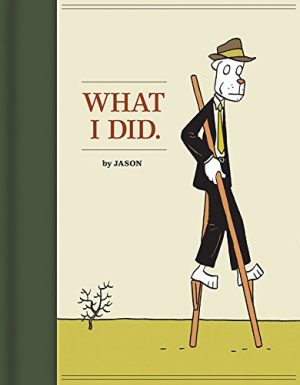 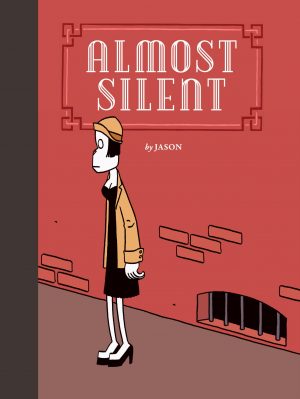