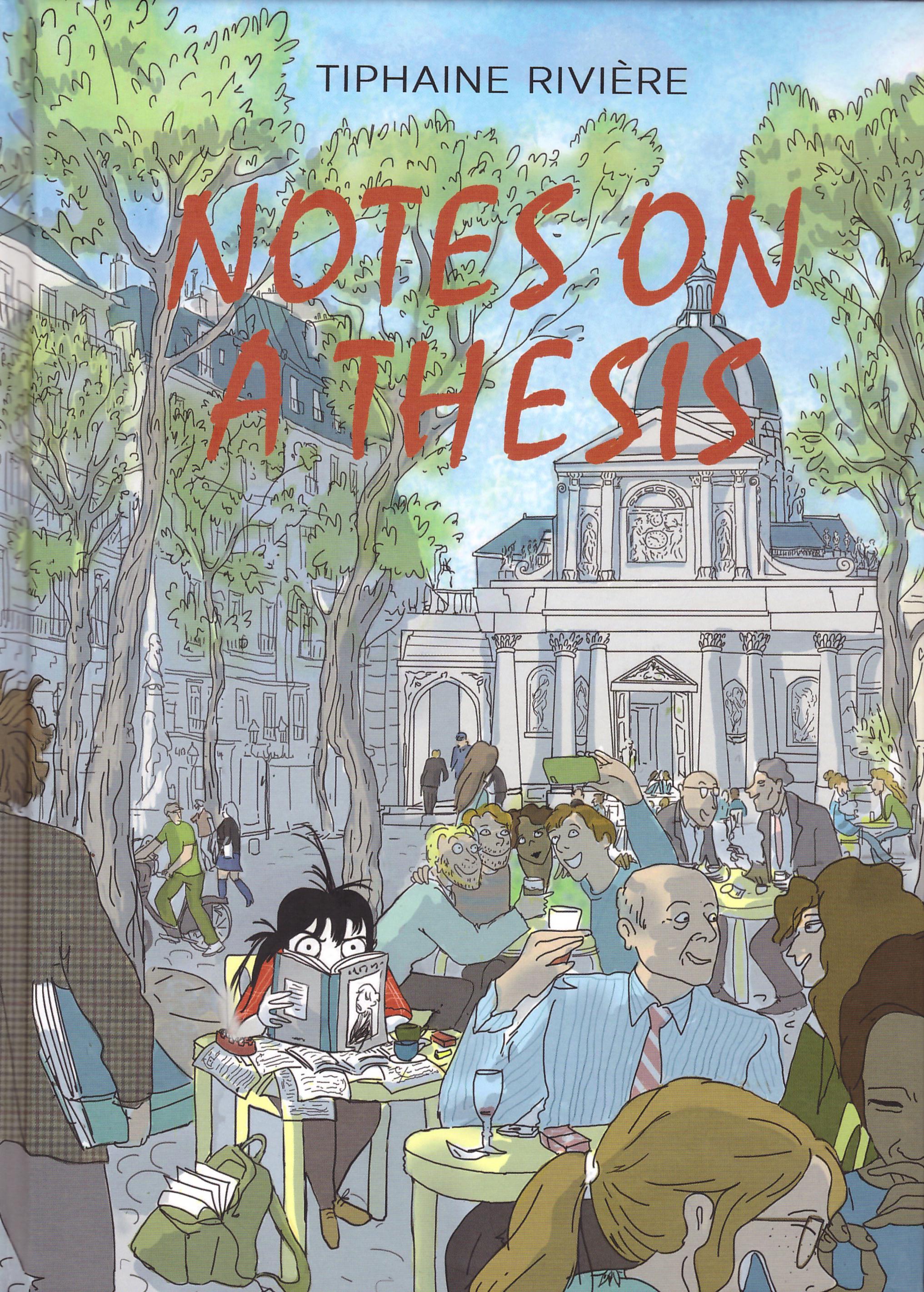 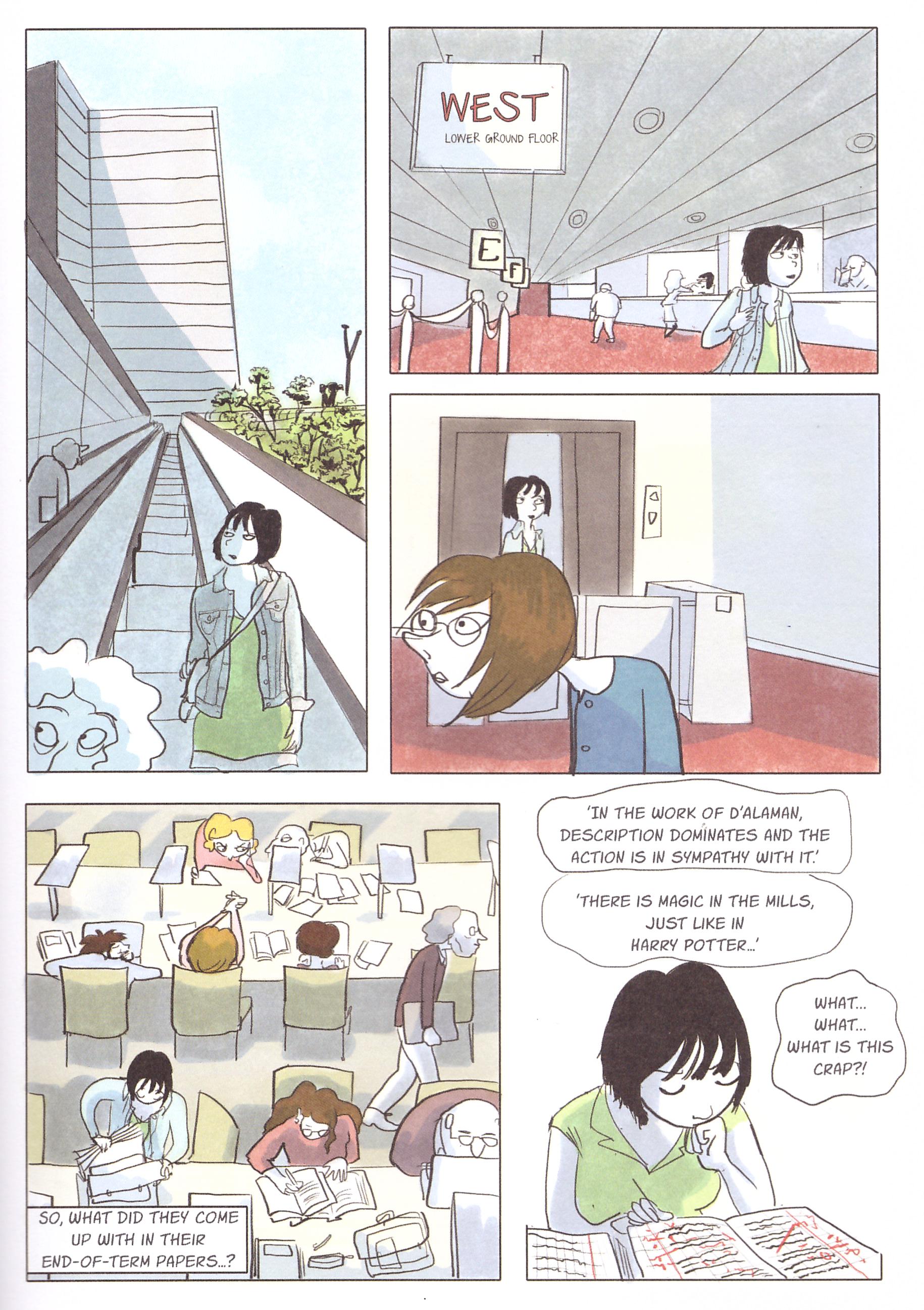 Tired of her job as a secondary school teacher, Jeanne quits in order to fulfil her own educational ambitions by producing a thesis that will earn a PhD qualification. She’s well aware of others for whom this has become a protracted task seemingly without end, but begins with a positive buoyancy. Were this mood continued, there would be no graphic novel.

As have many before her, Jeanne discovers that paying the rent, a dilatory nature and thousands of petty distractions and annoyances conspire to ensure that hardly any writing occurs. She amasses shelves of reference material, in one memorable sequence presenting the construction of an ornately decorated cathedral as a metaphor for her thesis, yet none of this ever results in written progress.

Although incorporating the experiences of others and exaggerating for the sake of effective comedy, at its core Tiphaine Rivière is presenting an autobiographical experience. However, several degrees separate Notes on a Thesis from the woe is me self-deprecation consistent with similar semi-autobiographical works. The first is an adaptable charm to the cartooning. Rivière has a great facility for visual expression, and her simple illustrations convey a variety of personalities. During consecutive panels of reflection Jeanne is always occupying herself with something, and by extension the reader’s eyes are also occupied. Secondly she’s able to present a viewpoint other than her own. Early pages relate Jeanne’s first meeting with a lecturer who’s to guide her thesis. Her optimism and fantasies of acclaim are contrasted with his dismay of having to nurture yet another needy soul, and the joke is emphasised by briefly viewing his previous appointments. Similar insights apply to her boyfriend, and the administrative assistant with whom she ends up working.

Rivière also possesses a natural comedic talent, able to burst her own pretensions, or at least present the view of how others see her. A young niece asks if it’s true Jeanne’s doing a PhD to avoid growing up and taking responsibility, and one of the book’s strongest aspects is the academic satire. Sinecures can be perpetuated for years while offering not a shred of relevant or encouraging advice, petty disagreements abound regarding status, and there’s always some method of avoidance. It’s simultaneously hilarious and depressing, with Jeanne’s selection of Kafka as a thesis topic no coincidence.

Notes on a Thesis is very funny, entertaining and presumably cathartic, but structurally Rivière mirrors Jeanne’s uncertainty and her repeated metaphor of the cathedral’s construction, having all the components without a certainty of how to align them. This is most evident toward the end of what’s become a marathon slog for Jeanne, when the book suddenly veers into seemingly irrelevant discussions of changes to student funding, then leaps to her PhD presentation.

This, though, is a début graphic novel, and that most of it is a thorough success bodes well for Rivière’s future. 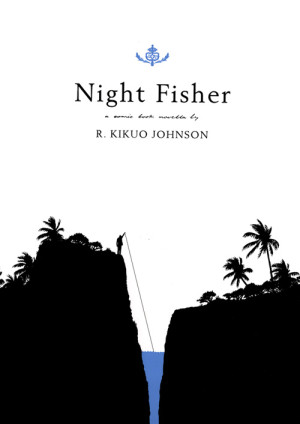 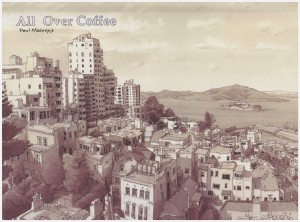 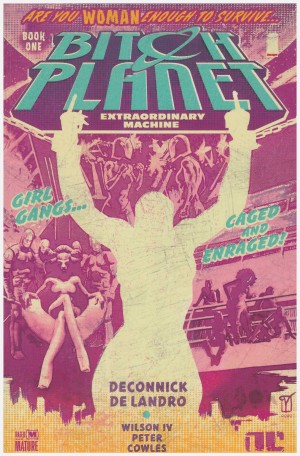