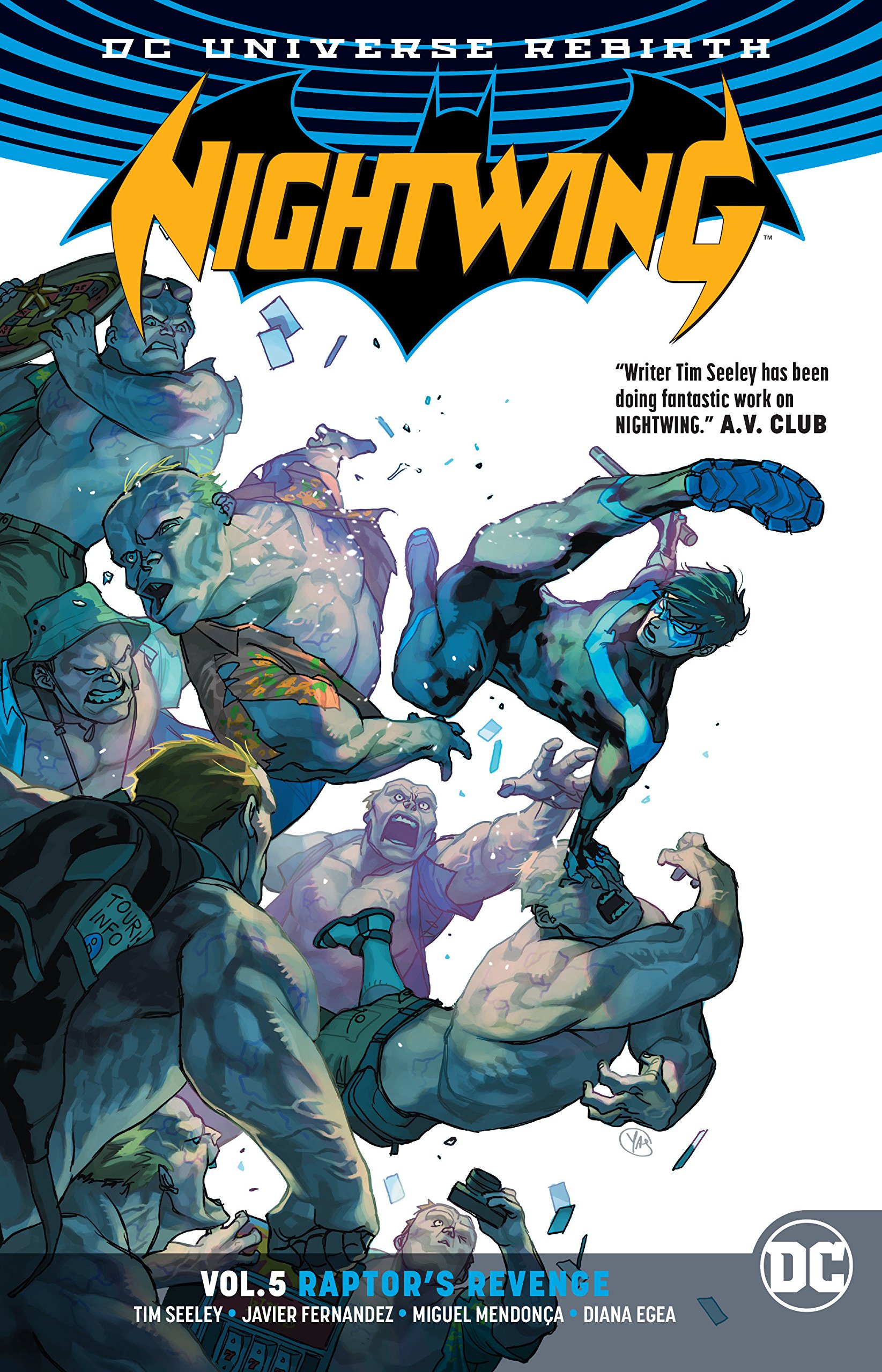 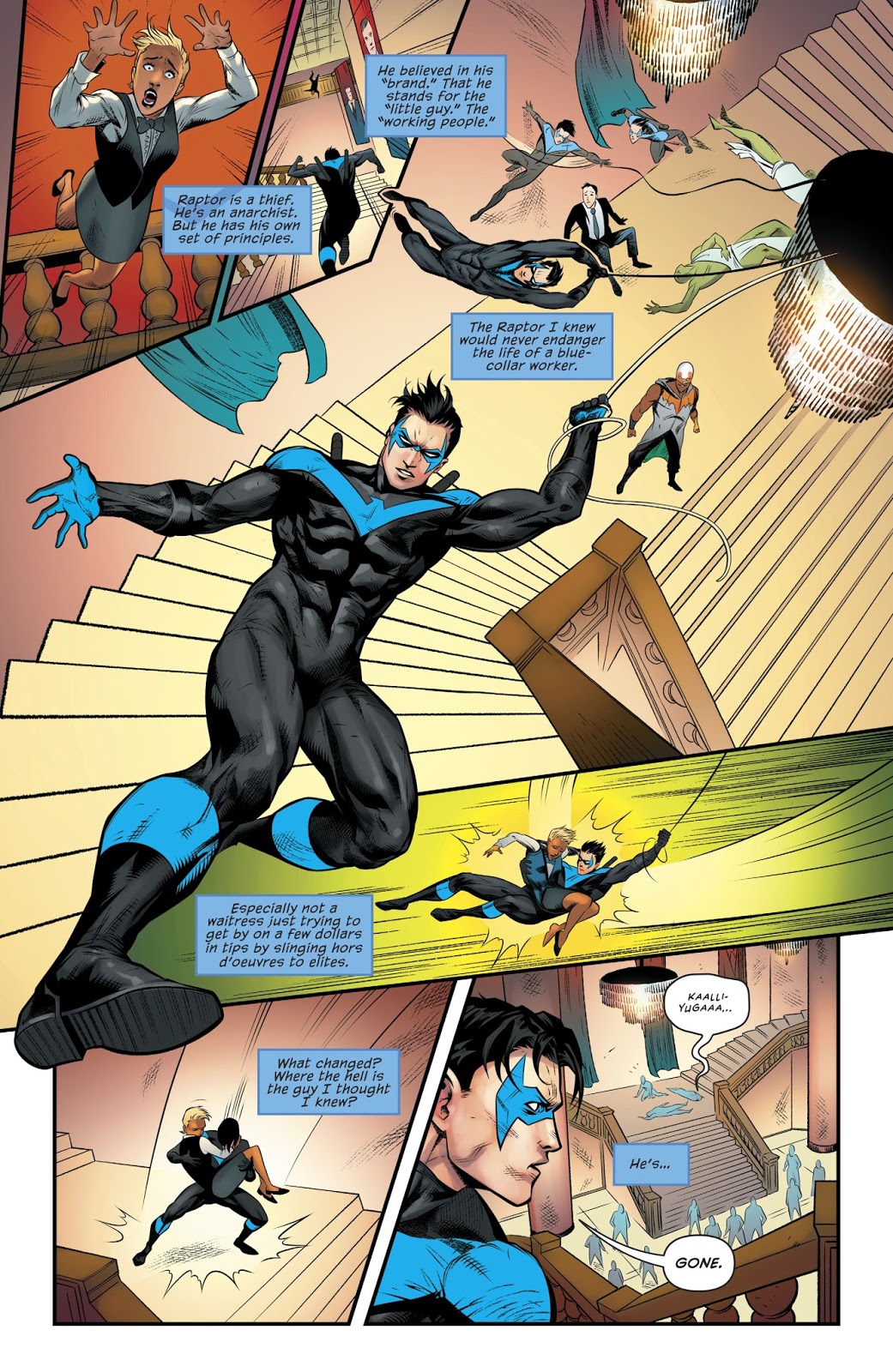 Over the course of four previous volumes Tim Seeley has given Dick Grayson/Nightwing a new life and then pulled it apart. The last thing he would then need is a misguided villain with family connections complicating his life on the basis of making him a better crimefighter. Raptor was introduced in Better Than Batman, and the ending to Blockbuster revealed he’d been released.

Seeley has stretched credibility in the series before, most frequently in the opening Better Than Batman, where Raptor was introduced, and he repeats that in the first chapter, the most unlikely element being Nightwing’s choice of ally for a problem that seems entirely contrived. Since when did Nightwing need any help in tracking someone down solo? A following chapter has the good premise of Nightwing and Raptor facing each other in an inventively tense situation that prevents action. It’s nicely played out until Dick, the person that couldn’t track Raptor alone, constructs an entirely accurate scenario of events he didn’t know about that occurred during his youth. Seeley also over-eggs the political message to the point of hectoring. It’s good to point out to some younger readers that the odds are stacked, and it’s a lie to claim anyone poor and in hardship is responsible for their own situation, but be subtle please.

Artistically the messages are more confusing, as at the midway point the clear style of Miguel Mendonça (sample page) takes a jarring crash into the grit of Javier Fernández via a few pages of Scot Eaton, fitting in with Mendonça. Why do superhero publishers no longer believe artistic continuity is of any value? Or that if a replacement artist is needed, their style should at least be somewhere in the vicinity of the pages provided by the person they’re replacing. It seems Fernández was approached in a hurry, as the pages of his first chapter are sketchy and his figures weaker than usual with more flat faces and small heads. He improves for the finale.

As Raptor’s Revenge ends Seeley’s Nightwing run, he wraps up his ongoing plots, and pretty well every villain who’s appeared in the series reprises their villainy as he does so. One character whose use hasn’t been prominent bizarrely turns into someone interesting, but with little relation to their previous agenda. The threats introduced are ultimately dealt with far too easily, and there’s a rushed feel about the final pages. Over his run Seeley has introduced some interesting ideas, but all too often some slapdash writing hasn’t made the most of them. This run of Nightwing continues with Sam Humphries taking control for The Untouchable, which is combined with this in hardcover as Nightwing: Rebirth Deluxe Edition 3. 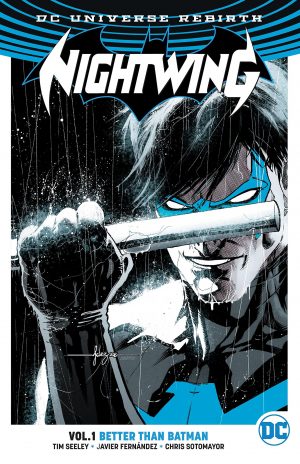 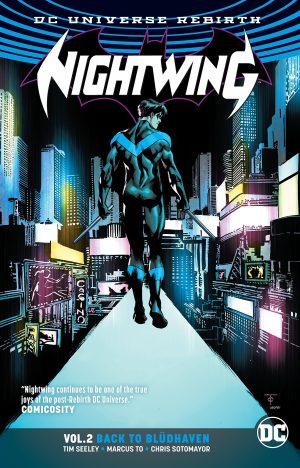 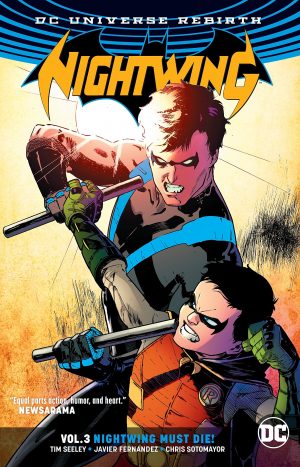 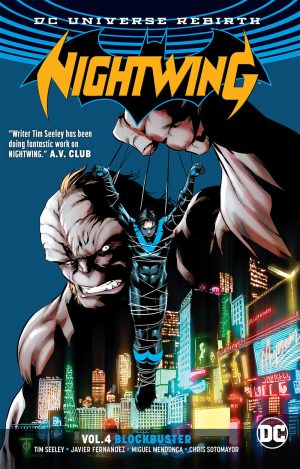