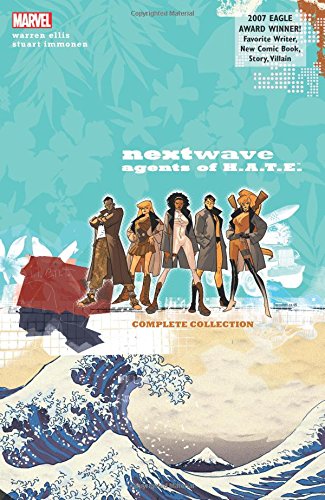 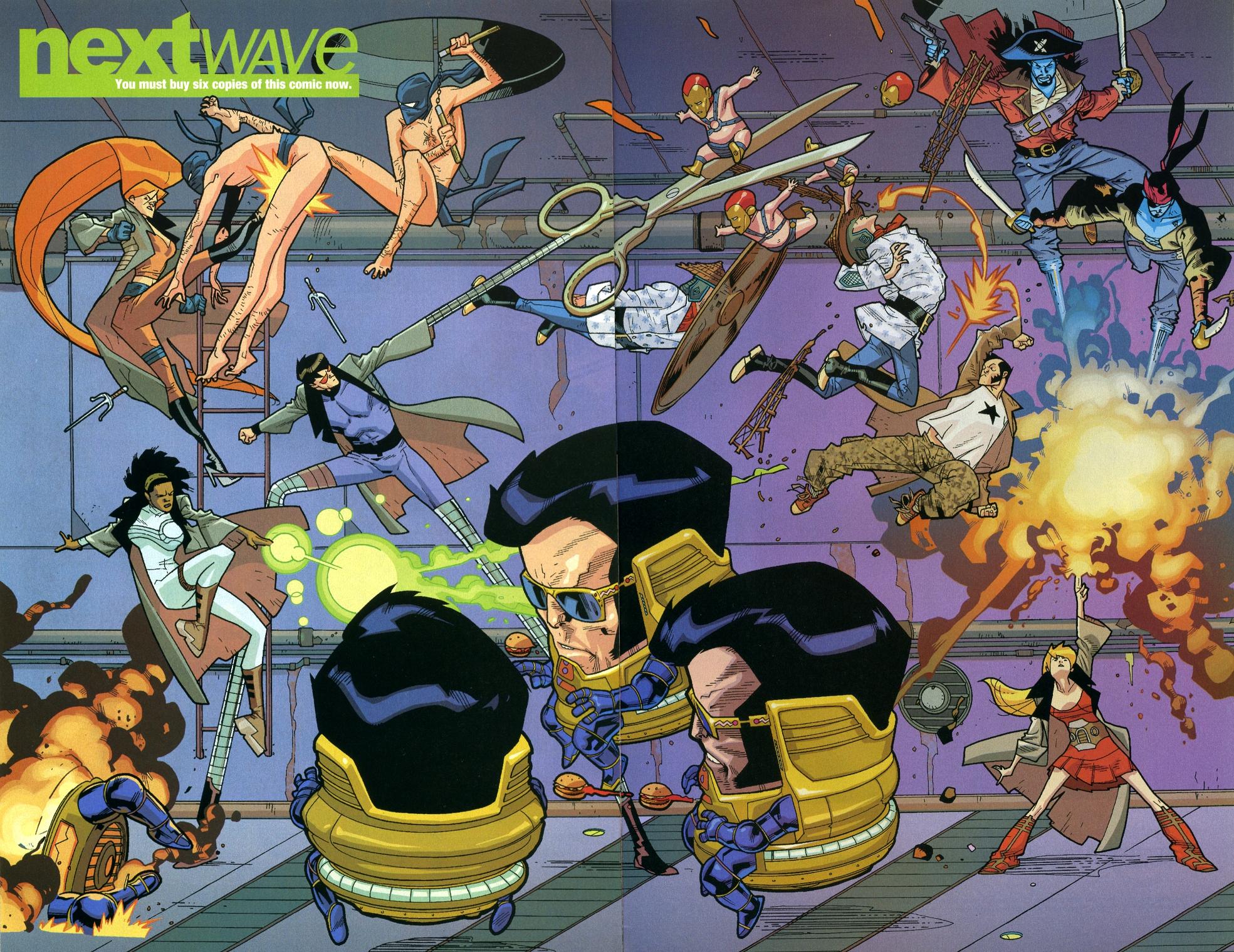 Nextwave is a title that very much polarises. Some enthusiastically buy into Warren Ellis’ meta-commentary by producing the ultimate nihilistic superhero comic, removing pretty well everything other than the conflict and the backbiting. Others feel that it’s a joke that outstays its welcome. It’s not new territory – Grant Morrison did the same in a single issue parody of his own Doom Patrol and Evan Dorkin’s Fight Man was much the same idea – but it does have that demented Ellis twist.

Ellis deliberately mismatched his cast of super-powered agents for an organisation so obscure and secretive they don’t even know who they’re really working for. Some of them come ready packaged for obnoxiousness or naivety (Boom Boom, Photon), others are tweaked, and The Captain is a new creation designed to exemplify the worst characteristics of a superhero straying not too far from the law. Ellis’ best modification is Machine Man, the robot with a human personality. Here that personality is set to superior and offensive, as if a robotic Sheldon Cooper.

In Stuart Immonen there’s a first class superhero artist as part of the package, and his superior cartooning is the most attractive element of the book’s first half. He’s even better in the remainder, his standout moment being six consecutive spreads depicting the team forging through wave after wave of ridiculous foes. Check the featured illustration. There’s Elvis Modoks firing explosive burgers, naked ninjas, peg-leg blue pirates, and babies in Iron Man masks. How cool is that? And there are five more spreads equally impressive. As good as he is (very, very), there’s a case to be made for these still being his best work.

So who do these agents of H.A.T.E. fight otherwise? Glad you asked. There’s a skyscraper size dinosaur unconcerned about property devastation and the consequent loss of life, but sensitive enough regarding exposed genitalia causing offence, so wearing purple pants. We have the Mindless Ones, aggressive denizens of another dimension shooting destructive beams from their eyes, now resident in Shot Creek. There’s Dirk Anger, the team’s suicidal boss, but no den mother, a robo-cop, and blue koalas.

Midway through, Ellis briefly changes tack, adding an element of characterisation, specifically with the background of monster hunter Elisa Bloodstone, and there’s less of the obvious frat boy humour and more imagination applied. For some reason there’s a parody of Morrison’s Doom Patrol, with Immonen’s mimicry of other artists’ styles exceptional. The final chapters, though, resume business as usual as we overdose on preposterous pills in loopy land.

Is this for you? It’s not for everyone, but those who love it really, really rate it highly, and those that don’t can always stare in wonder at the art. The slimmer paperbacks can be had very cheap these days, so why not try I Kick Your Face, and if you like that, work your way back to This is What They Want. The plot’s not the point, so the order doesn’t matter. 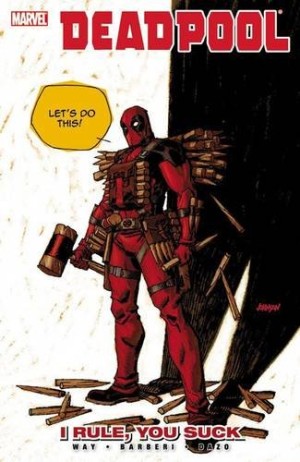