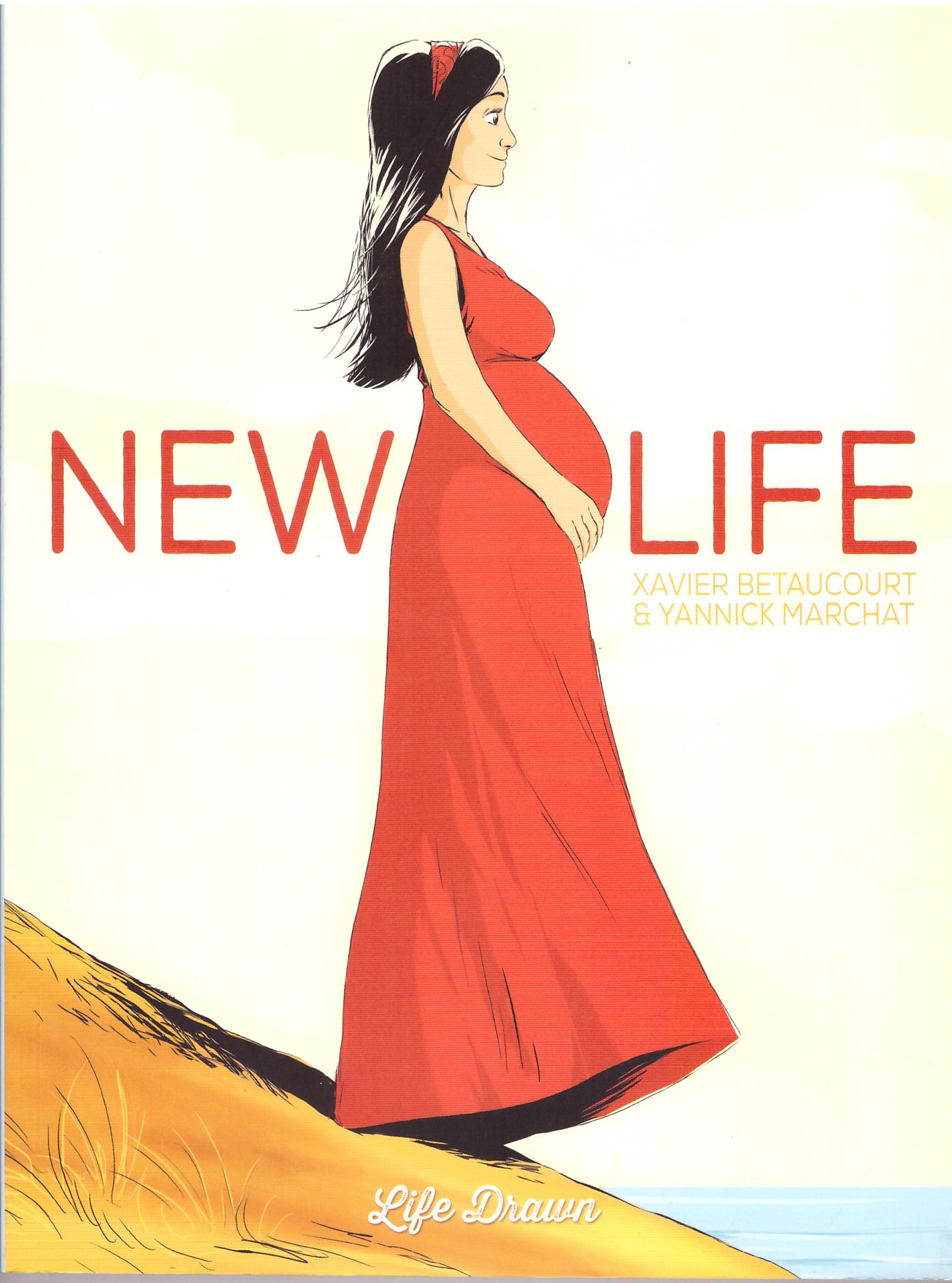 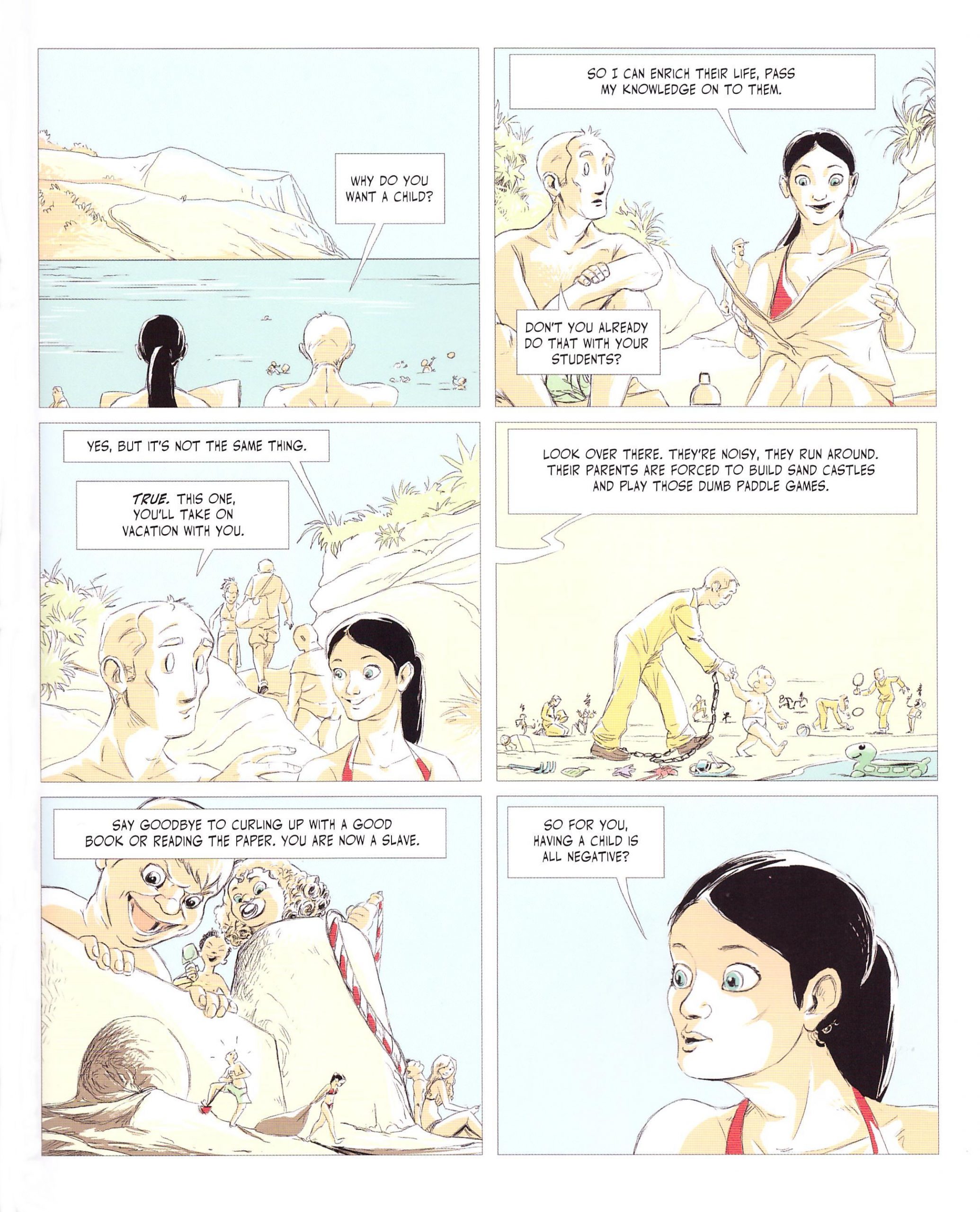 Despite our familiarity with them, and the tens of thousands of graphic novels published since the 1970s, every now and then a reminder occurs that the graphic novel is a relatively new artform. New Life achieves this by virtue of tackling a theme rarely, if ever, addressed as a graphic novel, that of pregnancy and impending birth, and how it changes the domestic set-up. However, the view taken is almost exclusively that of father to be, author Xavier Betaucourt, and while autobiography should be honest, what comes across is too little concern about the person who’s actually carrying the baby to term.

At 48 Xavier has separated from his wife and has a twenty year old son, half the age of his new partner Lea. Not only is forty approaching the upper end of advisable pregnancies, but Lea had previously been told she had a condition preventing her from giving birth. She’s delighted at what’s almost a miracle, something that seems to escape Xavier entirely. His concerns are all selfish, about the practicalities at his age, about how he’ll break the news to his son, and how the time devoted to a child will impact on his working life. Part of the problem is Xavier still coping with the death of his younger brother, but a succession of ill-advised comments transmit really poorly, as each month of the pregnancy is reduced to a succession of introspective whining.

Yannick Marchat is a relatively unknown quantity as an artist, but possesses a wonderfully thin line, an admirably understated comedic touch, and a nice way of drawing attention to certain moments via the way he interprets a scene. The layouts are a very traditional six or seven panels to a page, so it surprises when Marchat occasionally decides to dispense with that for a spread of a father guiding his young son through childhood. Not as appealing is his choice to draw Xavier with blank eyes, maybe a visual metaphor for his inability to see, but one that distances him further than the text already manages.

Honesty is key, and Betaucourt the writer knows fine how he’s portraying Xavier the new father to be as a fountain of relentless negativity, but awareness of the honesty behind that doesn’t make him sympathetic, no matter his other problems. It turns out selfishness runs in the family as well. There is no universal reaction to the news of a child, and many future fathers take no responsibility whatsoever, but there’s little comfort or joy to New Life, and so the reading experience is compromised. The art lifts it. 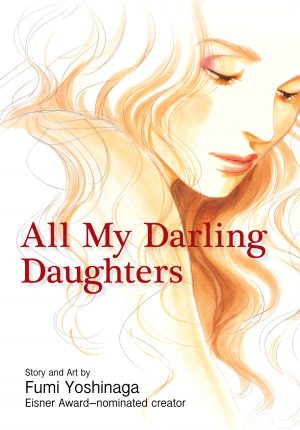 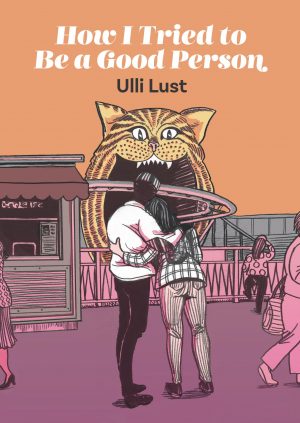 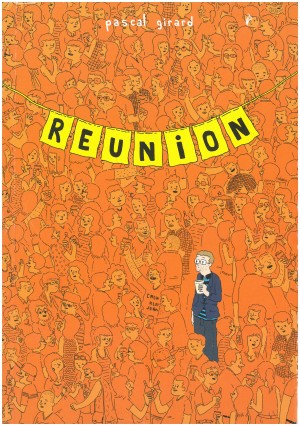