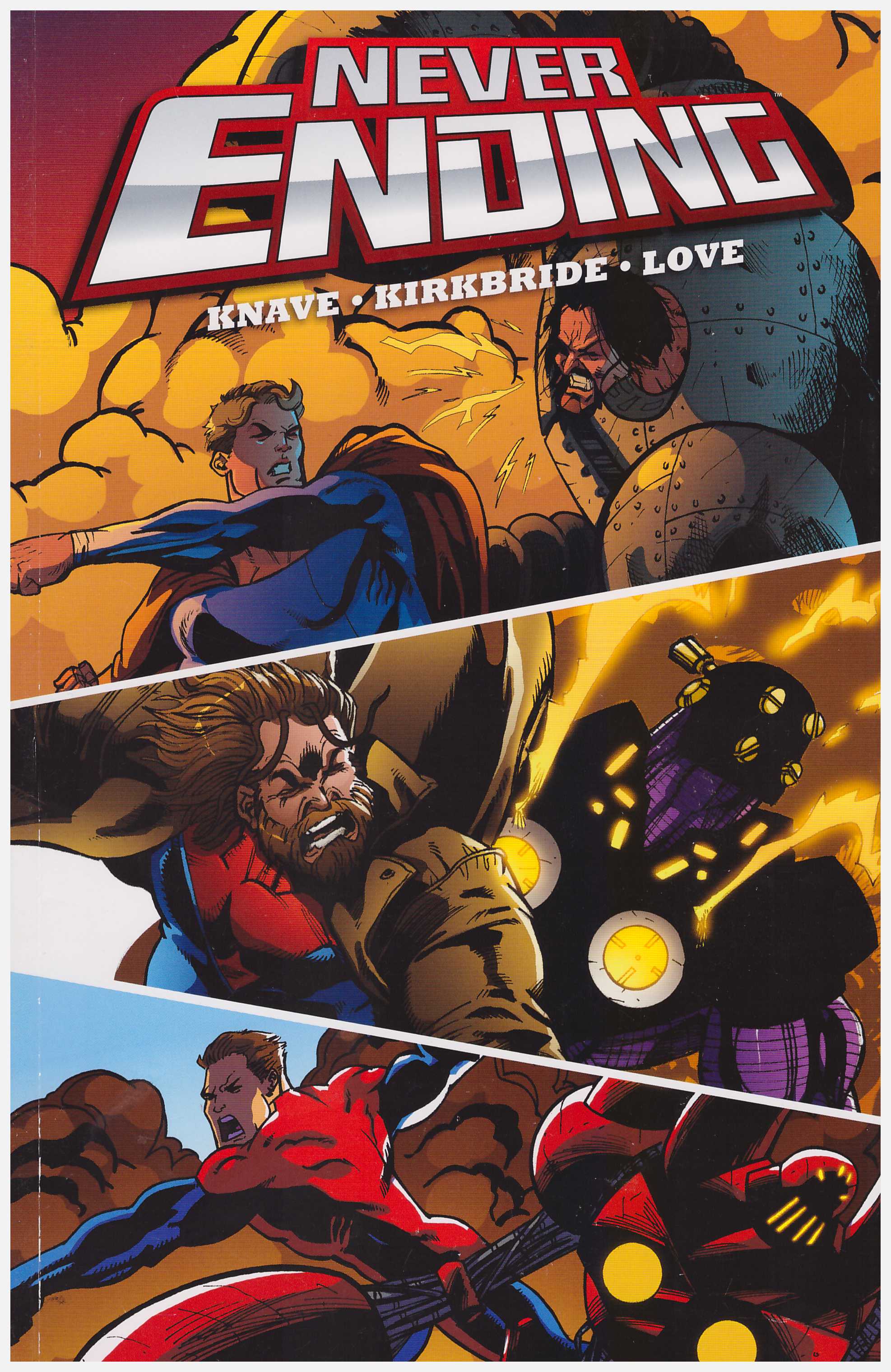 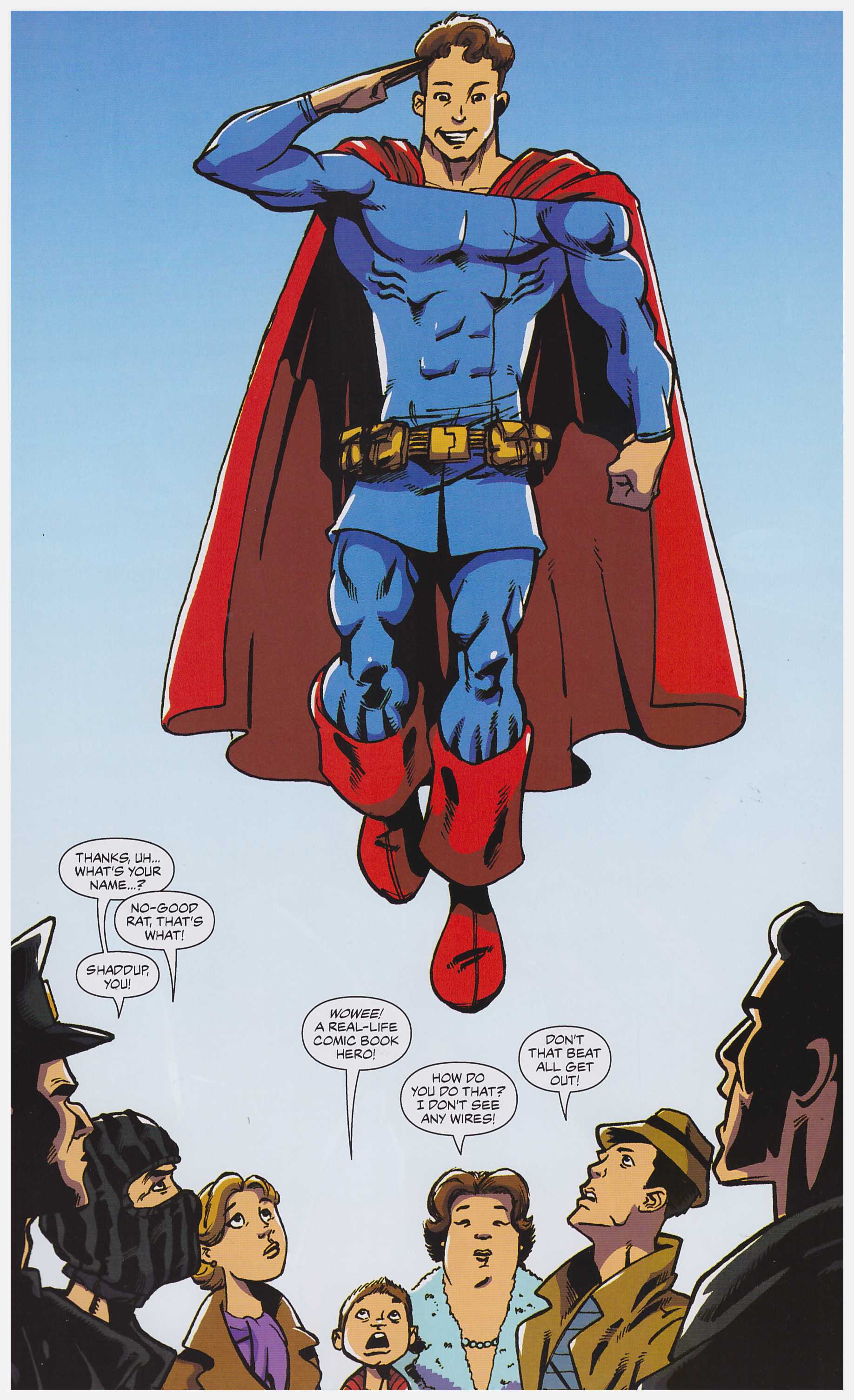 In 1950 rural teenage mechanic Chuck Baxter is working on a truck when a meteor lands, destroying the premises and bestowing Chuck with super powers. That use of familiar tropes without a deeper explanation is fine as it saves time constructing gobbledigook when the scenario is so common. Chuck is endearingly gosh wow optimistic and naive, and there’s no question as to how he’s going to use his abilities. Within weeks his girlfriend’s whipped up a costume and Chuck’s out there fighting the good fight with no concern for a secret identity. He’s still fighting the good fight in 1962, and in 1998, and in 2036, having only marginally aged while almost everyone he’s known and loved is long dead. And the crux of the plot is that he’s had enough.

Adam P. Knave and D. J. Kirkbride’s script dots about time, so we absorb the entirety of Chuck’s life simultaneously, jumping from the US government first employing him, to the death of his wife and son and then to a battle with his long-lived arch-enemy, before heading back to the past again. This skimming stone method has a clever subtext, but that moves into spoiler territory.

Never Ending takes an interesting look at the humanity of being a superhero with near limitless power. Chuck has an arch-enemy, but his is a world where he’s the sole superhero, and his self-imposed duties are largely of the live-saving and accident prevention variety. Without his family, though, it becomes a hollow exercise to him until a solution to his problems presents itself.

There are lot of clever ideas embedded within Never Ending, and an emotional charm and humanity, but it’s far less than it could be due to opting for a light comedic touch, when the issues would surely have been better explored using a more dramatic approach. As inventive as they are as plotters, Knave and Kirkbride don’t have a great facility for comic lines, yet that was a deliberate route as their first draft had been too dark. The choice of artist Robert Love’s broad cartooning further pulls the story away from what it might have been. The necessary pathos has been achieved elsewhere with this combination (some Batman Adventures material comes to mind), but that’s with better artists than Love, whose figures are jagged, stretched and awkward.

Never Ending’s central idea and the better portions mean this isn’t a graphic novel to ignore entirely, but it’s nowhere near as good as it might have been. 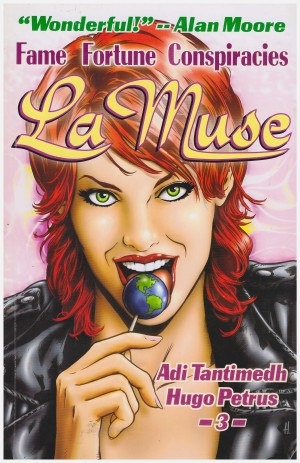 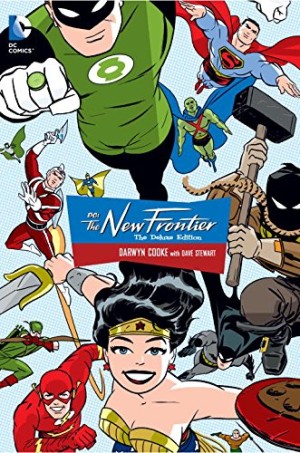