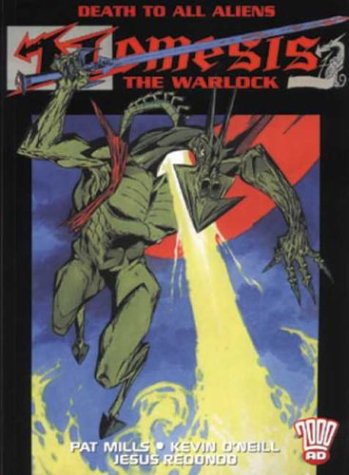 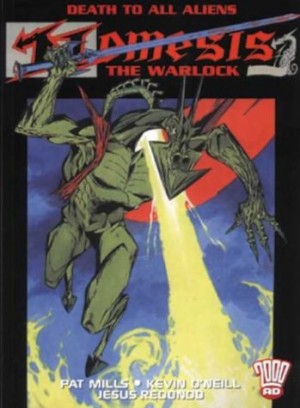 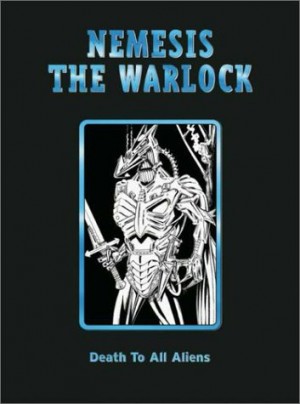 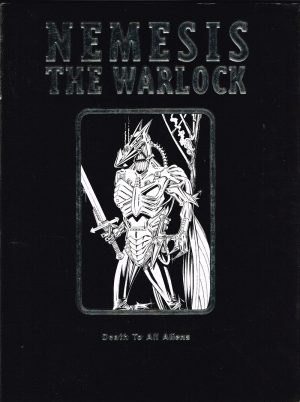 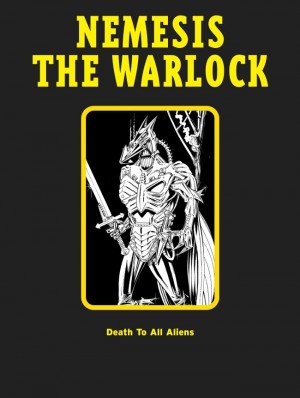 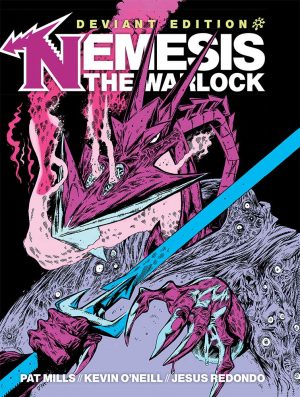 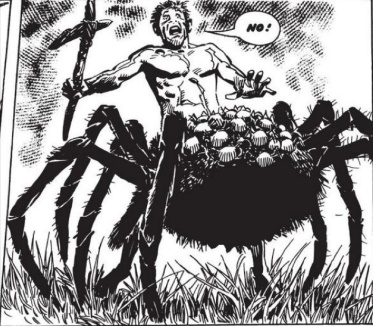 One of the very best stories ever to appear in the British weekly comic 2000 AD was Pat Mills’ science fiction/sword and sorcery tale Nemesis the Warlock. This collection, available both as hardcover and paperback, brings together the first two books of the saga, together with some one-off strips that launched Nemesis and another that filled in background on his spaceship, all originally published between 1980 and 1982. It takes Nemesis from its jokey one-off origins to the end of Book Two, which concludes with an anti-climactic fight with chief villain Torquemada, and Nemesis signalling that he will return to his home planet.

More than half of this had already been collected, in Nemesis the Warlock, Book One and The Beginning. However, this volume does not bring together what had previously been published as Book One and Book Two, despite the misleading use of Book Two‘s cover for the paperback edition. Instead, Death to All Aliens restores the original Book Two as published in 2000 AD, twenty years after its original publication, and now called ‘The Alien Alliance’. What marks this Book Two out from other early Nemesis material is that it was drawn by Jesus Redondo, one of a number of Spanish artists who worked on British comics throughout the 1960s, 1970s, and 1980s, rather than by original series co-creator Kevin O’Neill. O’Neill, a very intricate and detailed artist, could not produce pages at the rate required by 2000 AD to satisfy their demand for new Nemesis material. When Titan first began collecting Nemesis in albums, however, they skipped past Redondo’s Book Two, and their Book Two is in fact O’Neill’s Book Three. This has been the source of considerable confusion ever since.

Looking at Redondo’s Book Two now, one can see Titan’s point. Artistically, this isn’t much of a treat. Redondo is not a bad artist – he’s certainly competent, and tries to capture O’Neill’s image of Nemesis and some other elements of the gothic style of the strip up to this point. However, Redondo lacks O’Neill’s imagination and sense of the grotesque. Even the giant spider-creatures that despatch various humans to horrible deaths don’t look particularly horrific (see sample image). Generally, this looks like any old 2000 AD strip of the time, rather than, as O’Neill’s Book One had, appearing distinctly out of the ordinary.

Mills also is clearly marking time until O’Neill returns. The only significant plot development is the resurrection of Torquemada. Apart from that, it’s an inconsequential story of an alien prison planet, that can easily be passed over. The tale begins with a flashback to Torquemada’s boyhood, but even that doesn’t really tell the reader anything vital. There are some funny moments, such as when a member of the Vestal Vampires, forbidden to speak as a punishment, has to convey some vital information by way of the game of Charades (at that time popular in the UK due to the television show Give Us A Clue). But there’s not enough of this sort of material, and really, only the Nemesis completist need bother.

Fortunately, Book One, which introduces the struggle between Nemesis and Torquemada, as the Warlock tries to save some of his allies from execution, is top quality material. If you haven’t already read it, you should. Mills’ scripting is exciting, and infused with humour, while O’Neill’s grotesque and imaginative illustrations are unforgettable. The series’ high reputation goes back to this. 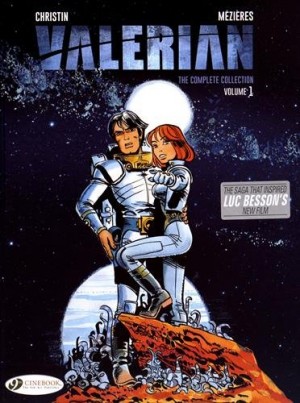 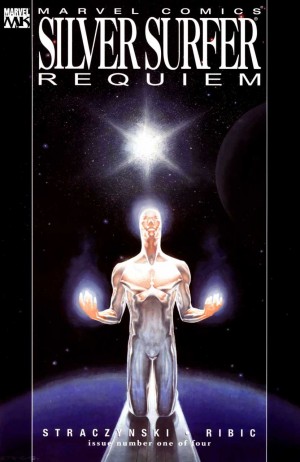