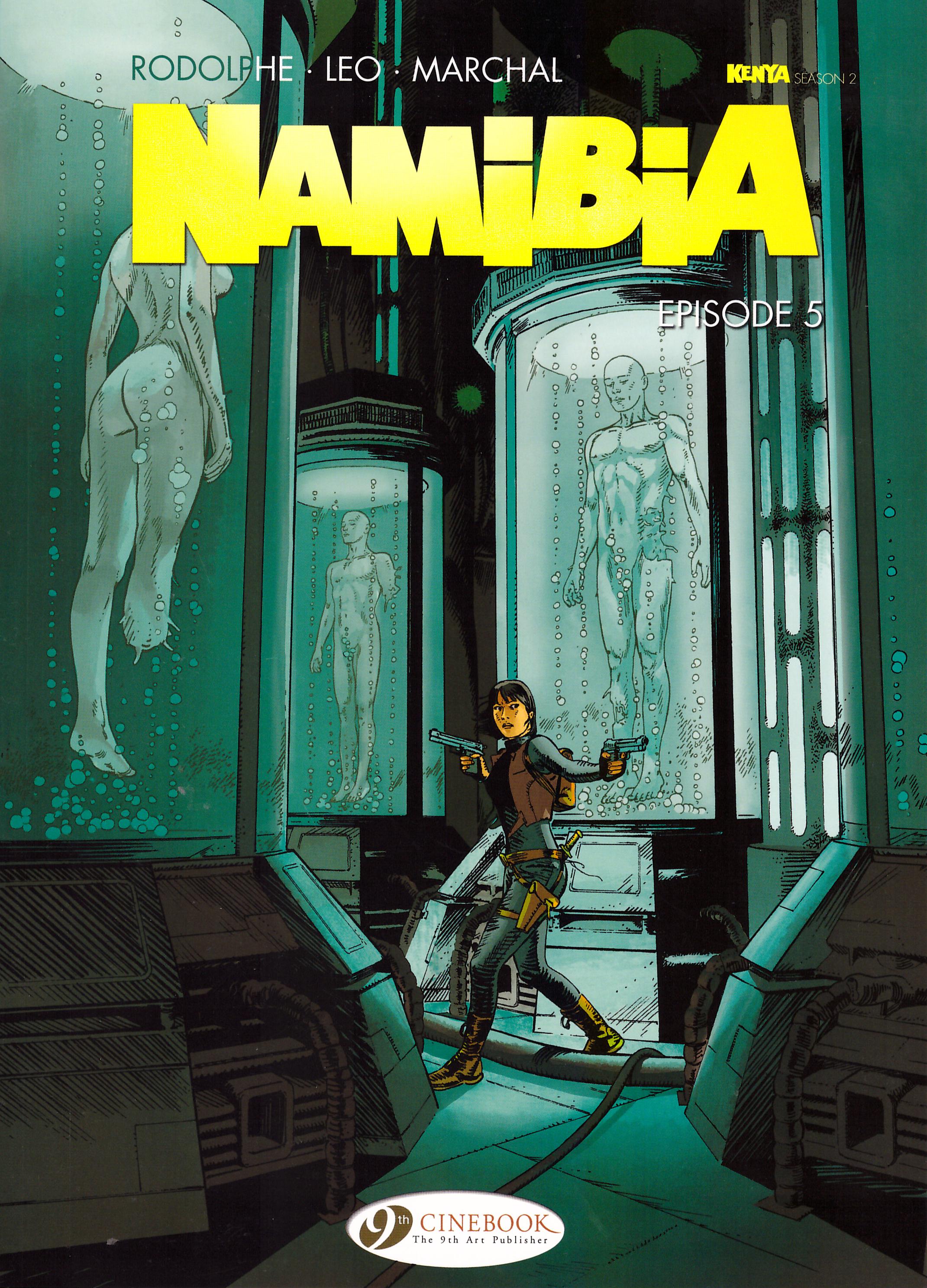 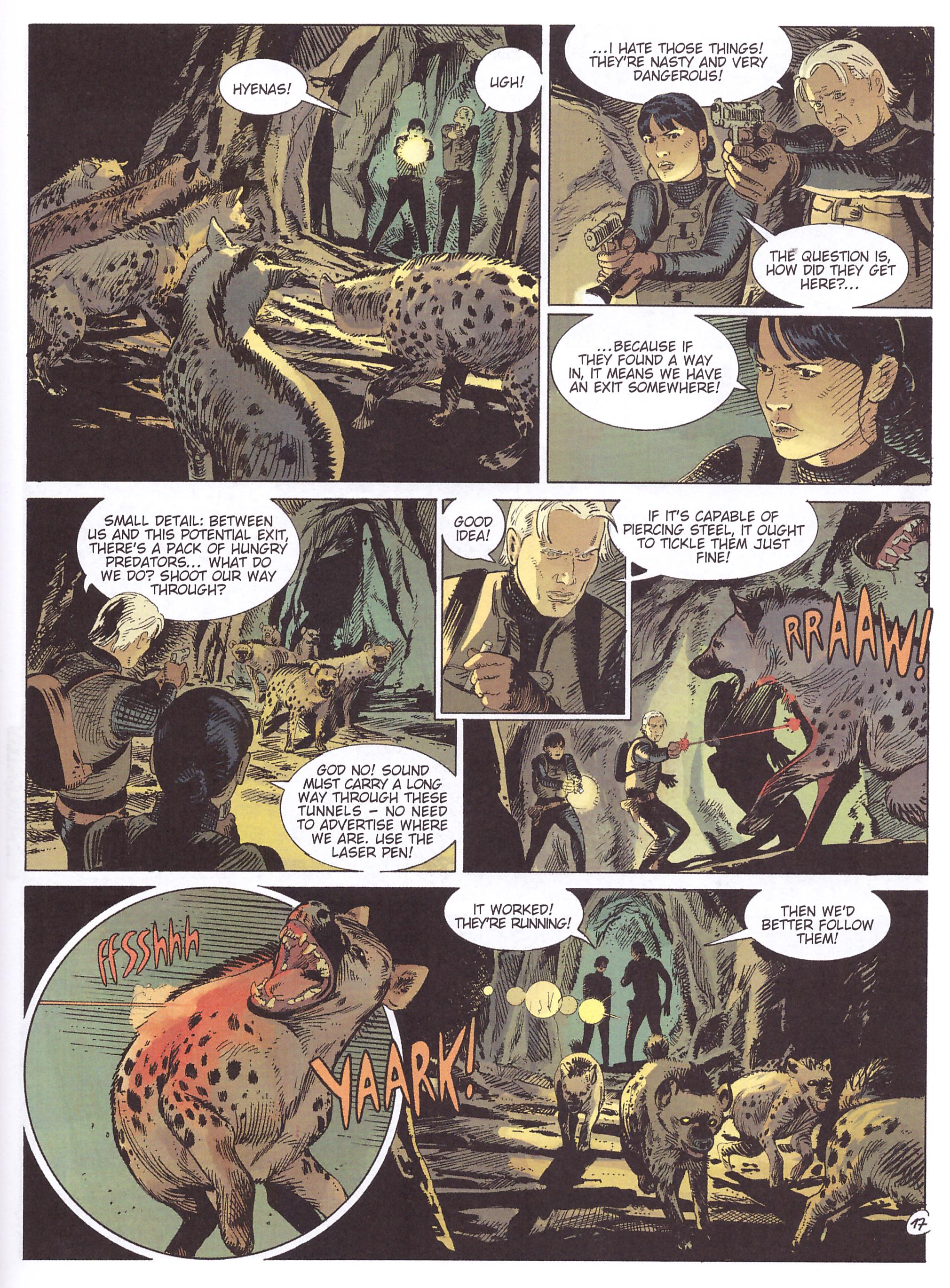 We left Kathy Austin and her ally deep within a cave beneath the Namibian desert taking a different route into what they now know to be a subterranean base from which aliens are attempting to take over the planet. It’s fraught with dangers beyond those they’ve learned of, and makes for a suspenseful opening sequence.

That’s just as well, as on several occasions afterwards writers Rodolphe and Leo appear to be commenting on their overall plot, and it doesn’t make for comfortable reading to have an alien scientist dismiss the entirety of their previous plans as “utter nonsense”. These are the plans that sustained the tension over the first three books in the series until the logic of them was undermined by the revelations of Episode 4. Some of those lapses are explained here, but have a locking the stable door after the horses have bolted quality about them. They aren’t the only aspects that don’t stack up in what’s eventually a curiously old-fashioned story echoing the pulp science fiction of the 1940s era in which it’s set.

Is Namibia meant to be an allegory commenting on 21st century global tensions? At a stretch it could be read that way, but not in any convincing fashion. A strength has been how Rodolphe and Leo provide answers raising new questions, but now we’ve reached the final curtain, there’s not much elegance about how the plots are tied up. Preacher Martin Jones, so prominent over the previous two books, is casually dismissed over two pages, while every nice touch (meeting of the world leaders) is more than countered by something ordinary, and the last page is particularly poor, dripping with cliché.

There is someone who emerges from these final chapters of Namibia with their reputation intact. Bernard Marchal’s art has been a model of consistency and fine storytelling. He’s able to draw anything asked convincingly, be it the threat of hyenas in the caverns of Namibia, a large scale riot or an air squadron in action. The visual spectacle is there, but it’s servicing a story that lost its way. 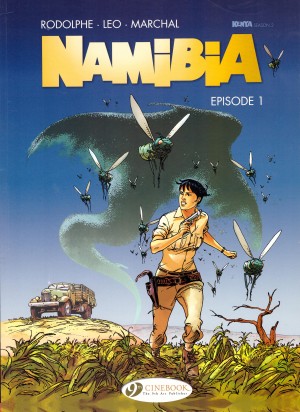 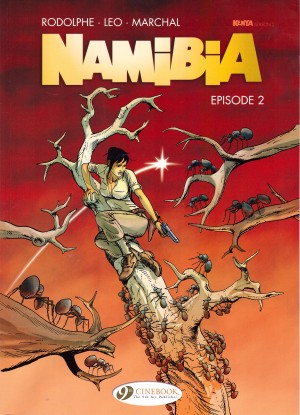 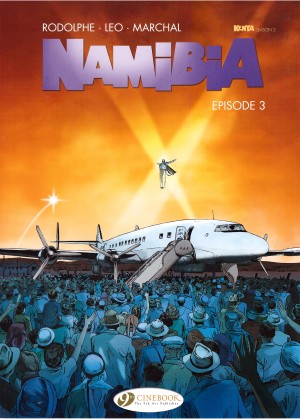 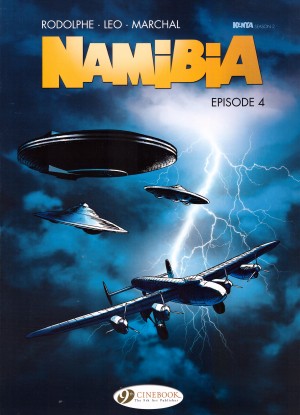