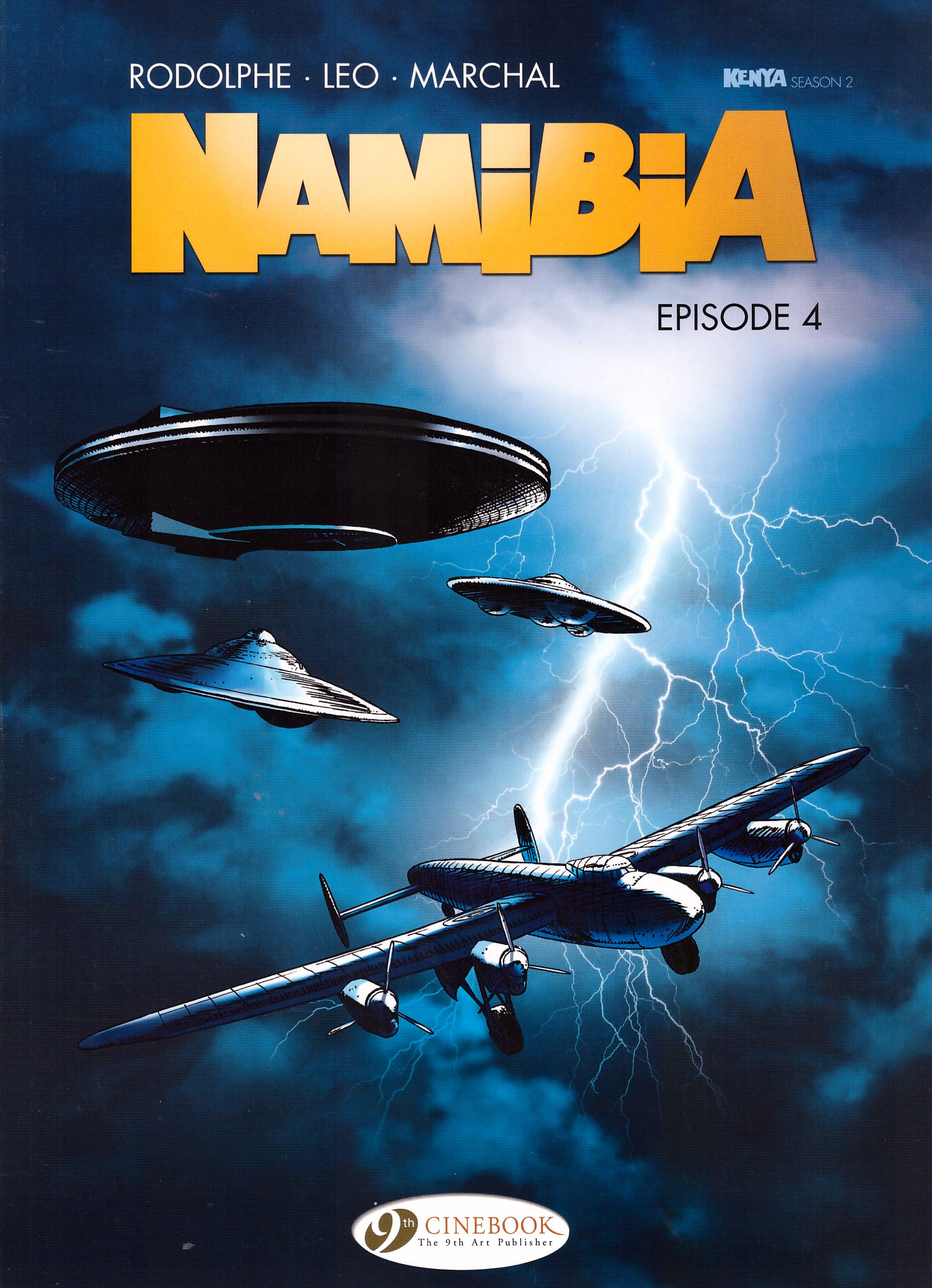 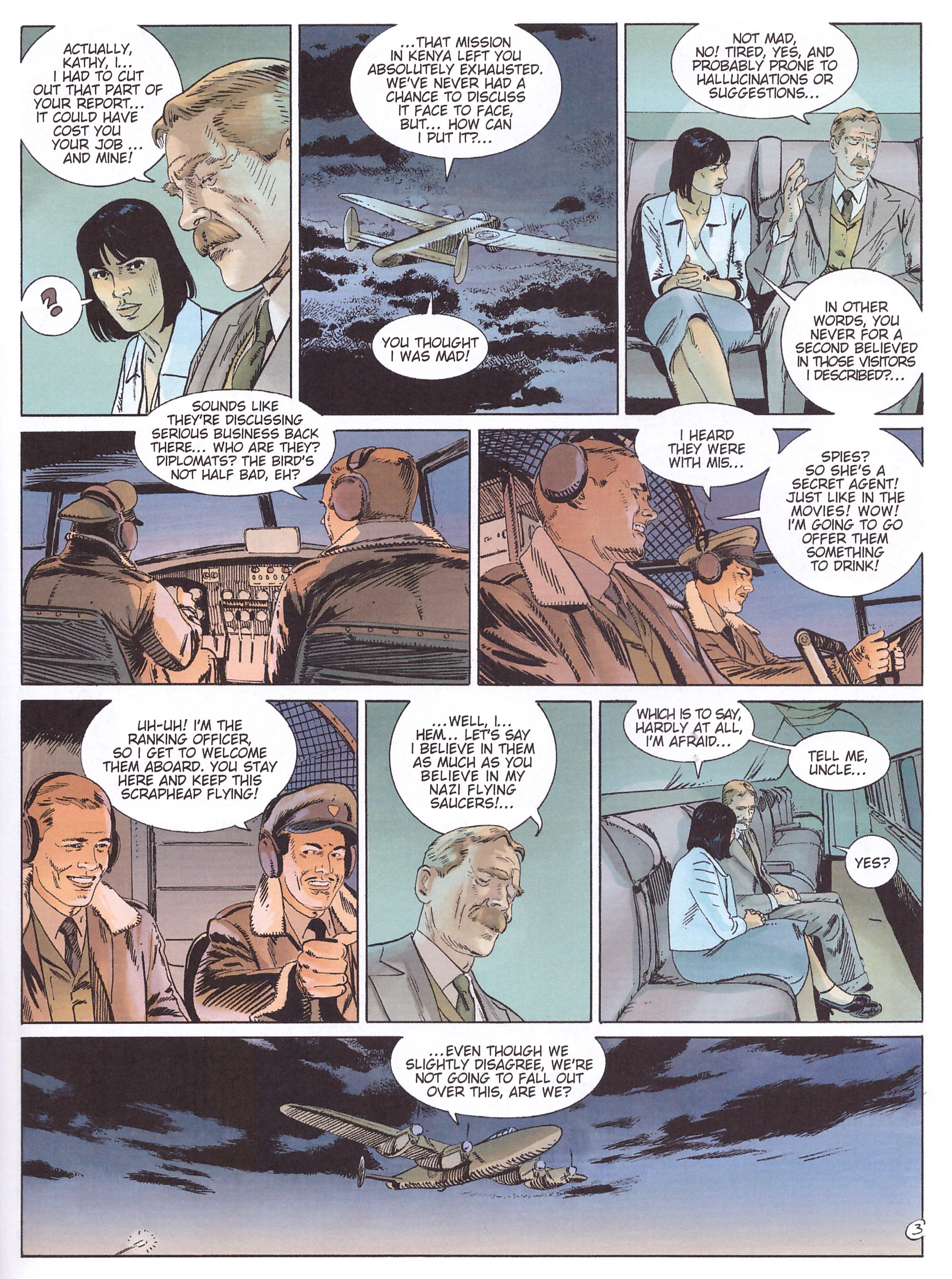 Namibia is set in 1949, as the UK secret service attempts to discover what’s behind a series of anomalous events in the former German colony. It’s been well packed with surprising elements for which there’s no real explanation, such as giant insects and sightings of dead Nazi official Hermann Göring, and with Episode 4 we finally reach the explanation. If not exactly a damp squib, its hardly original, and anyone who doesn’t want to know shouldn’t read beyond the second paragraph.

Before any of that we have another episode of the thrills that have featured to date, intricately entwined with a nice character-based conversation. This stands out because European adventure series are traditionally story oriented, with personalities often surface only, providing the traits required to move the plot rather than building a three-dimensional character. The conversation concerns how the secret service and the British social establishment of the era would react to news of UFOs.

The solution to everything has its roots in the previous Kenya, in which Kathy was befriended by an alien who helped her out and provided the explanation for all that had previously occurred. Well, he’s back, and he has a friend, and their agenda involves saving humanity. It boils down to technologically advanced good aliens vs bad aliens who ignore the directive of non-interference with indigenous populations, but much makes little sense. If you want to masquerade as human, why disguise yourself as a globally known figure who’s supposed to be dead? If you want to help out in a country where racial prejudice is endemic, why disguise yourself as someone who’ll be a victim of that prejudice? The thinking behind establishing a suicidal religion is a more interesting idea, but as the purpose is to wipe out humanity, wouldn’t a technologically advanced society have simpler methods? If trying to remain covert, is using an army of giant ants the best idea? Some of these lapses are explained in Episode 5, but come across as contrivances after the event, as if the plot holes have been pointed out by readers of this book. Others, such as men who’ve rapidly aged, are just forgotten. Within the context, logic has been a cornerstone of Namibia, and it’s a shame writers Rodolphe and Leo can’t maintain this until the end.

While undermining the series, the disappointing disclosures aren’t fatal. The mood generally remains that of the tense thriller, with Bernard Marchal’s solid page layouts moving the action along nicely. There’s a welcome return for another character from Kenya, and a nice cameo toward the end from a British historical figure. The book concludes with Kathy Austin undertaking a desperate mission against time, one from which she’s not expected to return. We’ll see in Episode 5.