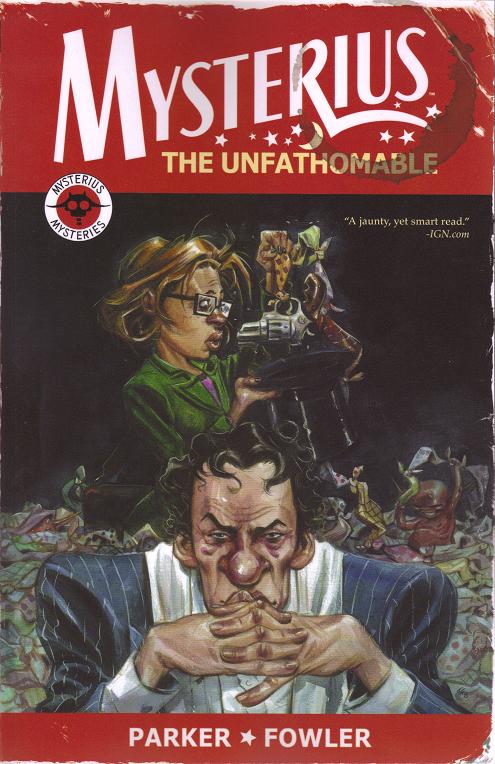 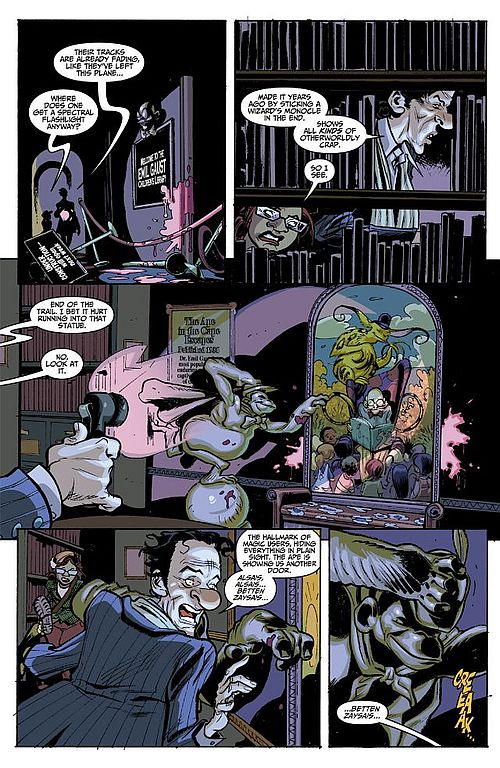 When a young reporter finds herself assigned to a séance, she gets more than she was asking for. The seer is the real thing, hiding in plain sight as a two-bit conjurer, while she can see things she shouldn’t be able to. Thus begins a tale of two people who shouldn’t have met, let alone got along well.

Forget Dr Strange, there isn’t much nobility about Mysterius; forget John Constantine, Mysterius has a pot-belly, doesn’t wear a trench-coat and judging from the colour of his nose, quite enjoys a drink or two (alright, that’s also true of Constantine). Working as a magician-for-hire, Mysterius also has a history dating back decades, one which writer Jeff Parker makes full use of, with in-story flashbacks, prose excerpts from a 1930s pulp story written about him (complete with period pen-and-ink illustrations), as well as a seemingly torn and stained book cover which shows that the publisher, the now defunct Wildstorm, used to go the extra mile regarding book design.

Parker gives us a wide view of Mysterius’s cases, as we meet a man cursed to wear tattoos of the names from the prostitutes he’s hired (thank God for long-sleeved pyjamas), a coven of middle-class witches, monsters right from children’s books, a long-thought dead enemy… Yet the apparently disparate threads come together by the end of the book in a very satisfying manner.

Two things make this stand above its rivals. The first is the way the characters are written, with Delfi, the erstwhile young reporter and now assistant to the magician, bringing a street-level warmth to the supernatural dealings, often calling Mysterius on his bullshit. The second is the work of artist, Tom Fowler.

Fowler draws no square-jawed hero (Mysterius is certainly not one), and no scantily-dressed heroine (Delfi would kick the ass of anybody suggesting such attire). In fact, he draws regular people, whose faces and bodies look lived-in. If influences had to be guessed, Mad artist Jack Davis would surely be among them. Fowler is as at ease drawing comedy as he is at creating scary monsters; two polar opposites present in Parker’s story. Fowler’s style is not often seen in American comics, and even less from a superhero publisher. That’s a pity, especially since the combination of stylised art and dense, energetic pages is a real pleasure for the eyes.

Mysterius the Unfathomable is an entertaining read with very strong art and a well-conceived story. It’s the kind of book that stays with you, makes you feel like reading it again. It deserves to be remembered. 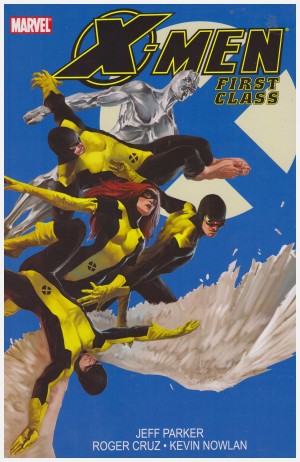