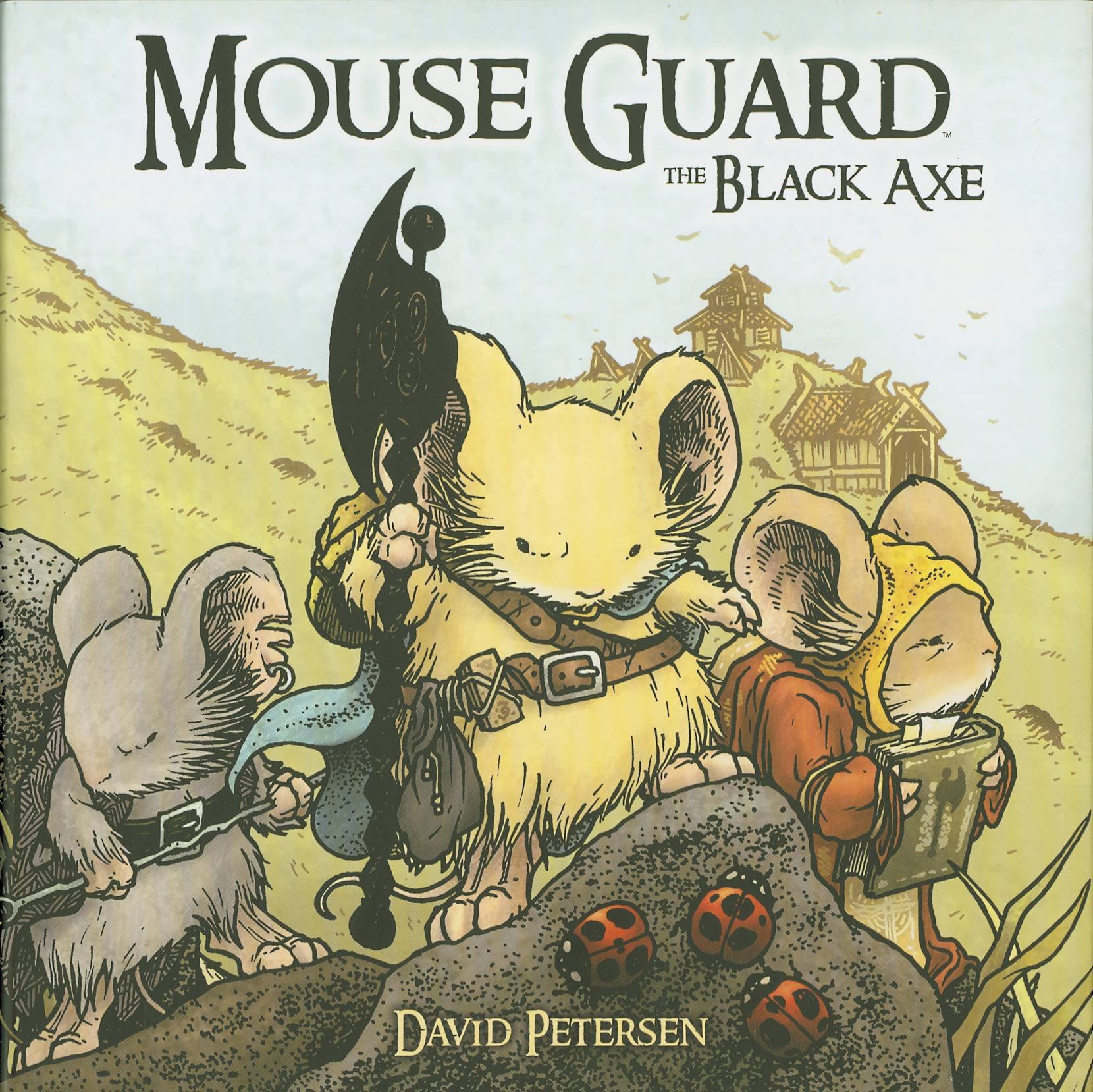 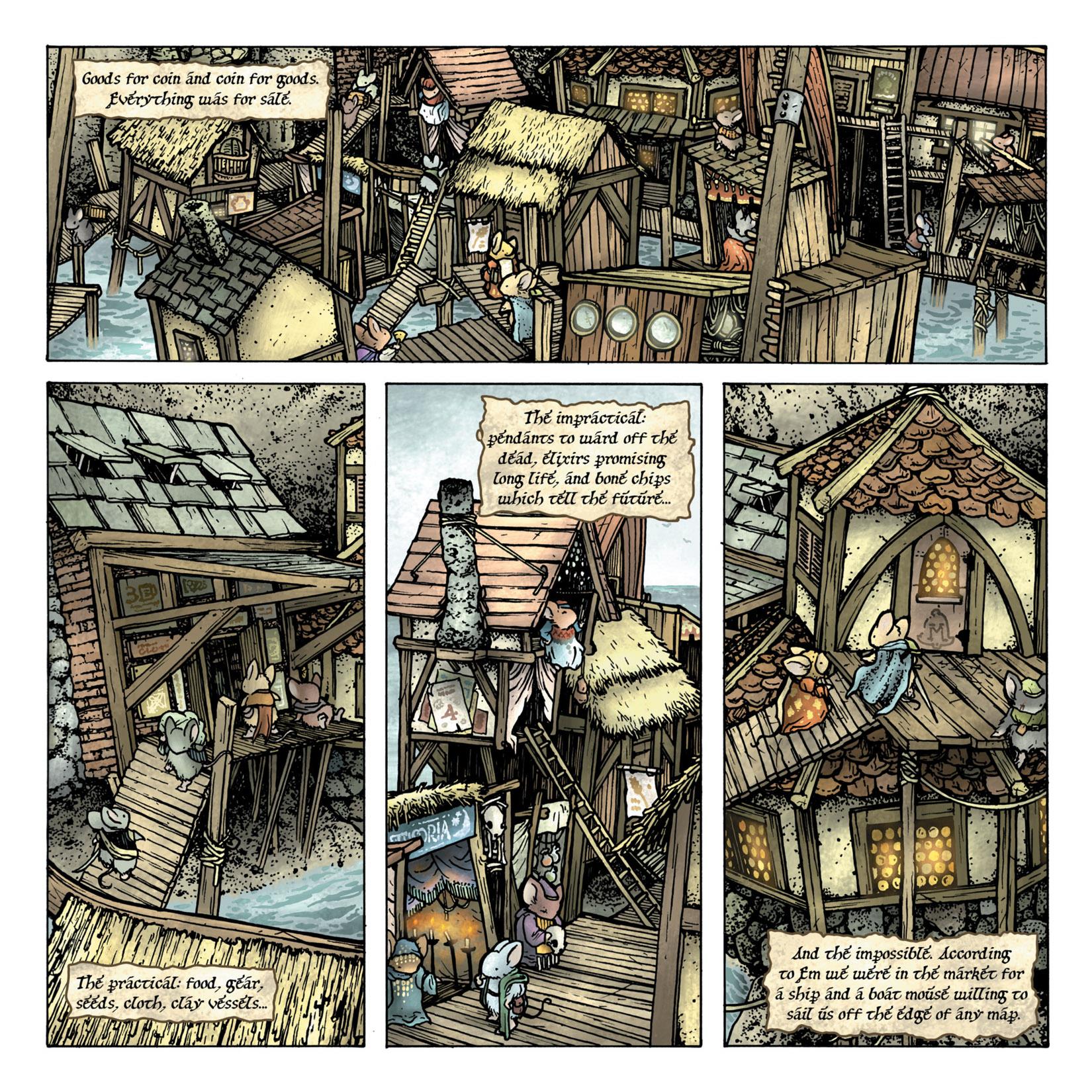 Having set his previous two volumes in 1152, David Petersen jumps back to 1115 for the tale of the Black Axe. In the established continuity that’s an honorary title given to a legendary protector and the man who trains the Mouse Guard recruits, and in this tale we learn how that came about.

In 1115 Celanwe lived in a remote location and trained recruits, one of their tasks being to locate him, but his proposed trip back to the main community is forestalled by the arrival of Em, an elderly mouse. She is the last of her line, is determined to locate the legendary black axe, which has been missing for thirty years, and Celanwe’s help has been instructed by the Queen. Em has one extremely useful talent, an ability to communicate with birds. Locating the axe is fraught with danger, but being able to return with it to Lockhaven is far more testing.

Petersen’s art is as fascinating and detailed as ever. Surely any imaginative child will be besotted by his depictions. The second chapter has our protagonists arriving at a shoreline community where bartering and exchange is a way of subsistence. Petersen illustrates a rickety warren of houses jumbled together and connected by boarded walkways that fascinate. Over the remainder he constructs new constellations, and assorted other decorative wonders.

With the introductory Autumn/Fall 1152 it was only Petersen’s art that charmed, but his progress as a writer has been rapid. It’s Celanwe who narrates the story, and Petersen packs his narrative with all sorts of fine details accumulating to build a bigger picture of the man. An example is his reaction to eating fish for the first time, or a comment coming back to haunt him later in the book. The plot is relatively straightforward, and there’s the occasional point where Petersen sacrifices what might be an interesting interlude to ensure it remains that way. That’s just the storyteller’s choice, though, and The Black Axe is none the poorer for it. The oddest choice is to include a prologue revealing much of what follows.

As in the previous books, there’s a stunningly illustrated battle with another creature, but on this occasion it’s central to the story, and involves a cleverly considered conclusion.

It’s unlikely that anyone who’s enjoyed Petersen’s previous work will be disappointed with The Black Axe, and he always ensures his books come with a full package of extras. Those contributing pin-ups this time include Duncan Fegredo and Mike Mignola. 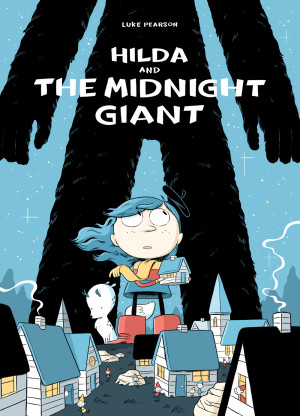 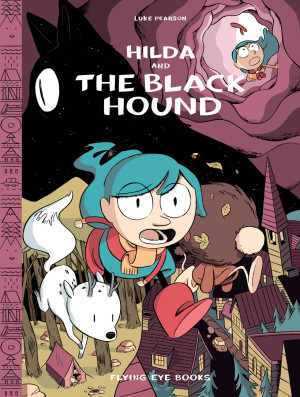