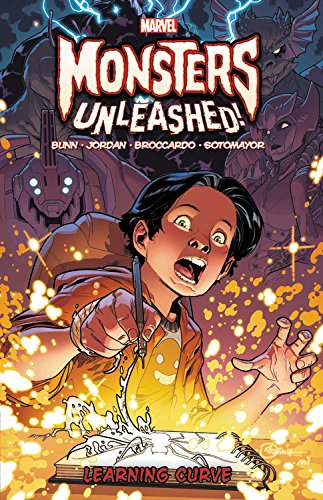 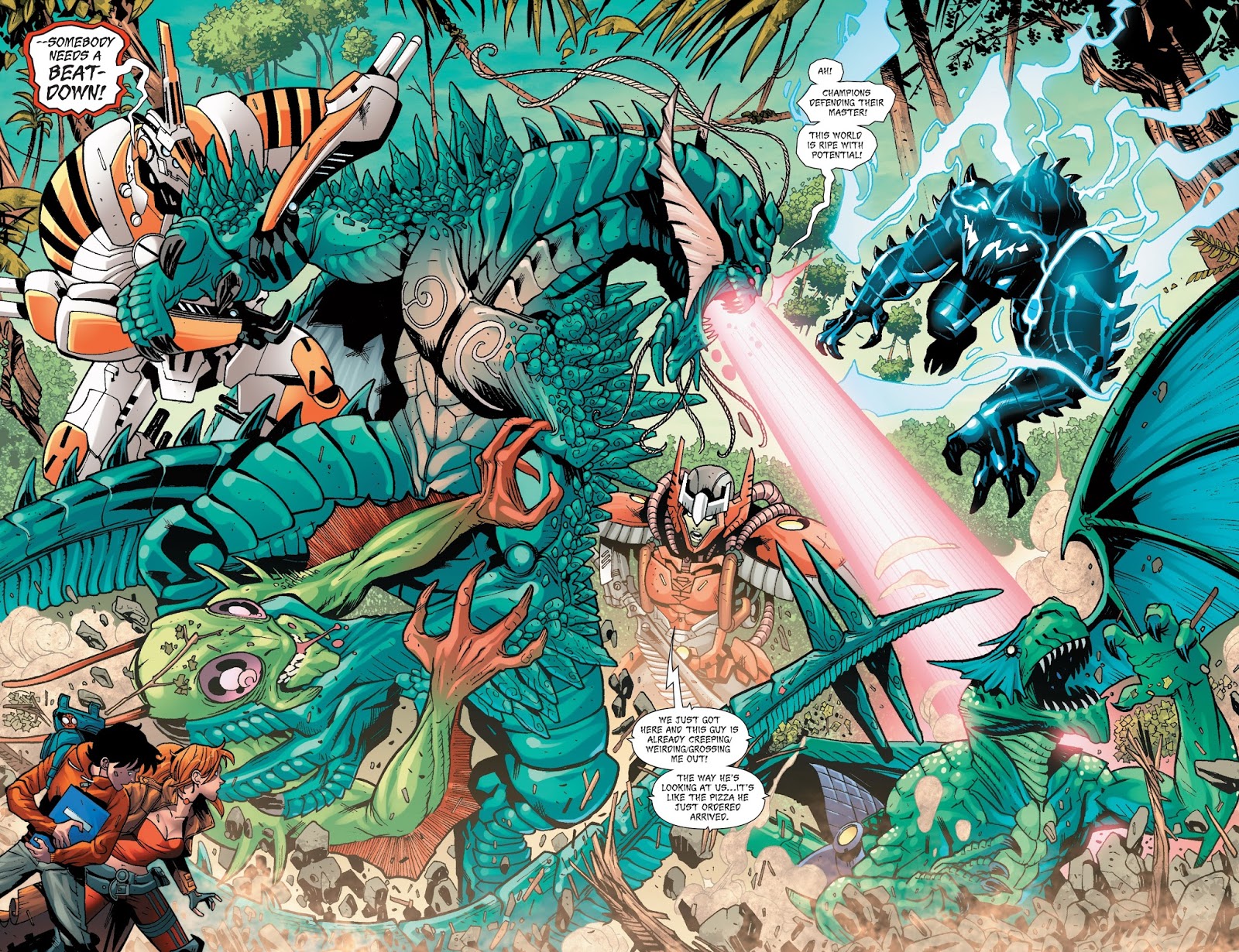 Cullen Bunn’s opening story begins with a variation on Japan’s 2011 Fukushima nuclear power plant disaster following an earthquake, except in Marvel’s world there’s Kei Kawade and his friendly monster squad to put a stop to nature’s rampage. That’s just the lead-in to an examination of how Kei’s powers work. For instance, take his sketch pad and pencils away and will he still be able to summon monsters? Elisa Bloodstone has plenty of experience with monsters, and that’s her solution. As seen by Andrea Broccardo’s sample art, it didn’t work.

Bunn manages to address a few matters that made Monster Mash less than sparkling. The monsters are transported to the Savage Land, where dinosaurs still exist, opening up some fantastic visuals, as does Fin Fang Foom vs Fin Fang Foom. Instead of humanising the core cast of monsters, a mistake in the previous volume, they begin wondering where they came from instead, and Bunn indicates there might be more to those thoughts as a group of alternative monsters feature.

Whatever he might have had in mind is moot, as the four episode title story is written by Justin Jordan, and what he has in mind is slapstick comedy. Perhaps it was editorial direction, but whoever’s responsible, it wasn’t the best idea. Bunn’s work may have been patchy, but turning the series into episodes of Scooby-Doo wasn’t the solution. Kei and his monster pals going up against giant bees, Lovecraftian monsters, and giant robots in New York with Kei having to sneak past his parents isn’t sitcom gold. The artists go for exaggerated cartooning, some almost having Kei wink at the viewer when he’s not gurning, and the best of this is an encounter on the moon with a creature nicely designed by Alex Arizmendi. However, the characterisation of Karnak might not be to everyone’s taste.

What Learning Curve and the preceding Monster Mash seem to prove is that as regenerated for the 21st century, Monsters Unleashed made for a fun one-off, but the idea can’t sustain a series.